Information technologies in Emercom of Russia

Article is devoted to information technology development in Emercom of Russia and to participation of department in implementation of digital projects of the country.

Purchase of computers and notebooks

On April 13, 2020 the Central base of the measuring equipment of the Ministry of Emergency Situations announced the tender for delivery of personal computers with a total cost of 992.4 million rubles. At the same time in anticipation of it, on April 6, 2020, the subveda of the ministry already announced other tender for delivery of the IT equipment - notebooks in the amount of 66.7 million rubles. Thus department is going to buy the IT equipment for 1.06 billion rubles. Read more here.

The Ministry of Emergency Situations Russia can take part in implementation of federal projects "Information security" and "Artificial intelligence" the national program "Digital economy". Study of an appropriate question was announced by the Minister of Emergency Situations of the Russian Federation Evgeny Zinichev on the board of department which passed on February 11, 2020. 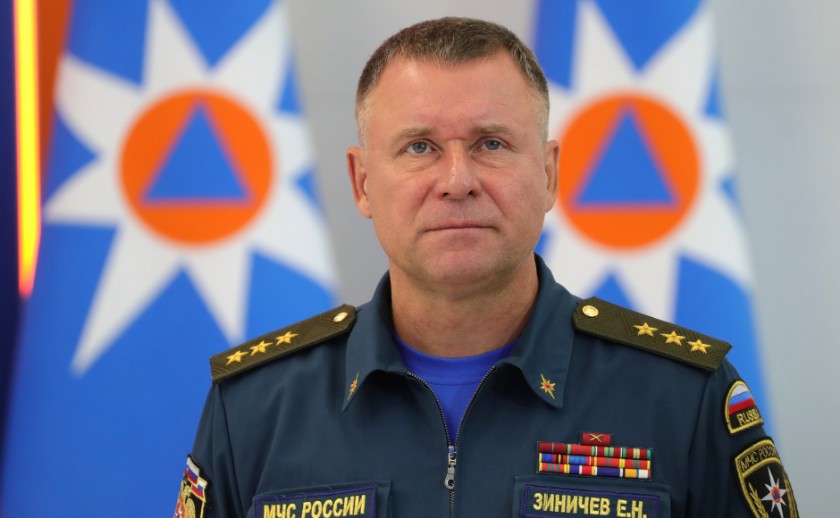 The federal projects "Information Security" and "Artificial intelligence" will allow to increase significantly security of the population and territories from emergencies and the technogenic fires, Evgeny Zinichev considers. (the photo is static.kremlin.ru)

According to the Minister of Emergency Situations, the federal projects "Information Security" and "Artificial intelligence" will lead to a number of positive effects.


Speaking about activity of the Ministry of Emergency Situations in 2020, he noted that the ministry continues a course towards more effective use of the available forces and means. Also the Ministry of Emergency Situations does not stop work on improvement of a regulatory framework regarding fire safety of localities, activity of Universal State System of Prevention and Response to ES (RSChS) taking into account the advanced developments in the field of artificial intelligence, issues of evacuation of the population from areas of emergency.

2019: Development of the model of a single system of assessment of a status of radiation, chemical and biological protection

On February 6, 2019 reported Avtomatika concern of Rostec State corporation that together with the All-Russian Research Institute on problems of civil defense and emergencies of Emercom of Russia successfully developed the model of a single automated system of assessment of a status of radiation, chemical and biological protection in territorial subjects of the Russian Federation and an experimental sample of automated information system of assessment of documents of strategic planning in the field of protection of the population and territories against emergencies.

Specialists of Avtomatika Concern and scientists of the All-Russian Research Institute of Emercom of Russia jointly created the system coordinating all levels of management providing solving of tasks of national security regarding assessment of a status of radiation, chemical and biological protection in a common information space. In addition, this development will allow to estimate timely an ecological situation in the region and to increase efficiency of the existing reaction mechanisms in the conditions of emergencies. A system is implemented on the basis of modern domestic information technologies and consists of separate functional subsystems.

On November 20, 2018 it became known of the heavy expenses planned in Emercom of Russia on digitalization. Due to information technologies department intends to automate many transactions and to pass to mainly remote communication with business. 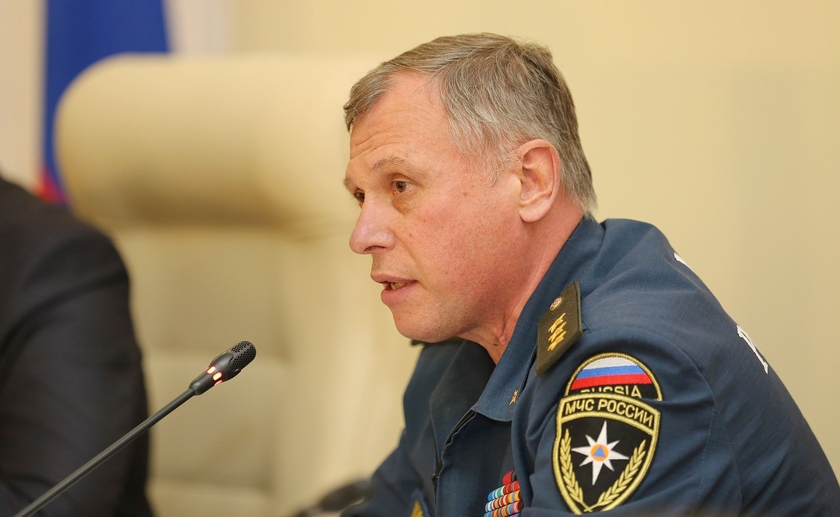 According to him, the Ministry of Emergency Situations is going "separate from personal contact" and create the electronic declaration, the electronic instruction and a personal account.

Chupriyan says that the Ministry of Emergency Situations is going to create the platform for interaction with other ministries and departments thanks to what, for example, it will be possible to obtain information on re-planning of the building.[1]

He noted that by means of digital projects the subjectivity when conducting checks will decrease and a corruption component.


The first deputy head of department  also told that the Ministry of Emergency Situations will personally not recheck the data placed by owners of buildings in a personal account. Verification of information which was provided by business in the declaration with reality will take place if there is a fire or even the ballot box will light up.

In November, 2018 became effective the order of the Ministry of Emergency Situations according to which employees of the state fire supervision when checking security of objects should use special test sheets. It is supposed that it will help owners of the real estate to be prepared for visits of inspectors.

2017: Mobile operators and Internet service providers will oblige to notify subscribers on emergency

In August, 2017 it became known of what the Ministry of Telecom and Mass Communications prepared the draft resolution of the Government on use of communication networks for the notification of the population about emergencies or about threat of their emergence. The document is published on the regulation.gov.ru portal.

The necessity of adoption of the resolution is caused by the amendments which became effective in the summer of 2017 in the Law "About Communication" and "About Media" which obliged to transfer telecom operators to the subscribers information on threat of emergency on the appeal of the Ministry of Civil Defence, Emergencies and Disaster Relief (Ministry of Emergency Situations). For the purpose of the notification of the population the telecom operators rendering services TV and broadcastings, should interrupt air. The duty of informing on emergency is assigned also to mass media's editorial offices.

The draft document mentions that part of the law where it is told about the notification of subscribers of telecom operators by transmission of messages on their terminal equipment.[2] 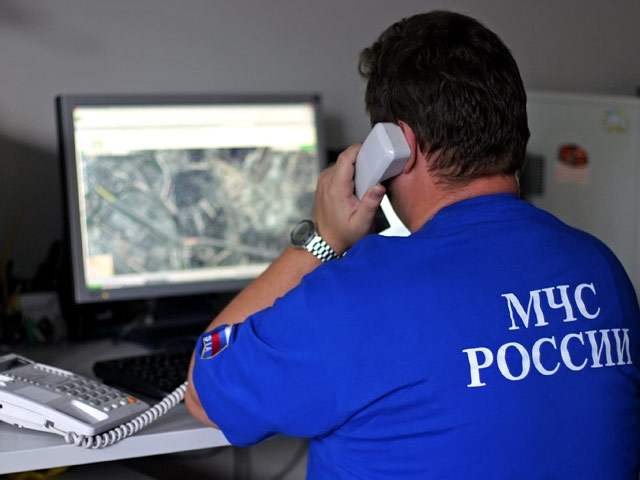 Mobile operators, operators of the fixed telephony and Internet service providers should notify subscribers on emergency in 60 minutes. Photo: keytown.me

Order of the notification of subscribers

In total on preparation of the message for sending no more than 60 minutes are allotted to operators if only in the request of the Ministry of Emergency Situations the possibility of exceeding of this term specially does not make a reservation.

The Ministry of Emergency Situations will inform on the dangers arising owing to emergencies of natural and technogenic character and also when conducting military operations or owing to like those.

Means of the notification

According to the draft resolution, mobile operators are obliged to perform the notification of the population by means of short text messages (SMS). At the same time use and other channel — multicasting (Cell Broadcast) is allowed.

Operators of the fixed telephone communication should notify subscribers on emergency by means of automatic call-down and transfer of the voice information on the terminal equipment of subscribers.

In turn, the telecom operators rendering telematic services (Internet service providers) are obliged to perform the notification by redirection of the users on specially created official page with the relevant information. Redirection should be performed when updating by the user of the page on the Internet or upon transition to other page.

In general, as it is specified in the draft document, the notification of the population should be carried out "proceeding from technical capabilities of telecom operators and capacity of communication networks taking into account need of preserving of integrity and stability of functioning of a public communication network".

2014: Coordination of creation of Bezopasny gorod agrarian and industrial Complex

In 2014 Emercom of Russia began to be engaged koordination of creation and development of a hardware-software complex "Safe city".[3]

As declare in the Ministry of Emergency Situations, it is the key tool for effective providing at the local security level of life activity of regions of the country. The complex represents the single integration platform integrating all city security systems.

2010: Informing the population and authorities on is radioactive the polluted territories

As on participation in biddings on each lot only one request arrived the open competition was recognized cancelled. As a result, according to Paragraph 5 of Article 27 of the federal law of 7/21/2005 No. 94-FZ "About placing orders for the supply of goods, works and services for state and municipal needs", drafts of government contracts on lots No. 1 and 2 were transferred to the only participants of the tender – to "The center of researches of extreme situations" and VNIISHRAE of Russian Academy of Agrarian Sciences.

According to documentation of tender, financing of works on lots No. 1 and 2 is performed at the expense of means of the federal budget. On accomplishment of all works on contracts only 14 weeks are allotted. More detailed information on tender can be found here.

IT passport of Emercom of Russia