Article is devoted to the history of creation and development of technological solutions in retail network "Magnit".

On January 13, 2020 Magnet announced that it among the Russian retail networks passed with the first to electronic agreements with suppliers. Thanks to this project the retailer reduced reconciliation of documents from 40 to 2 minutes. Registration of conditions is automatic now, and exchange of documents — online.

In four months "The magnet transferred about 700 suppliers to a digital format of the agreement, and is going to make complete transition until the end of 2020. 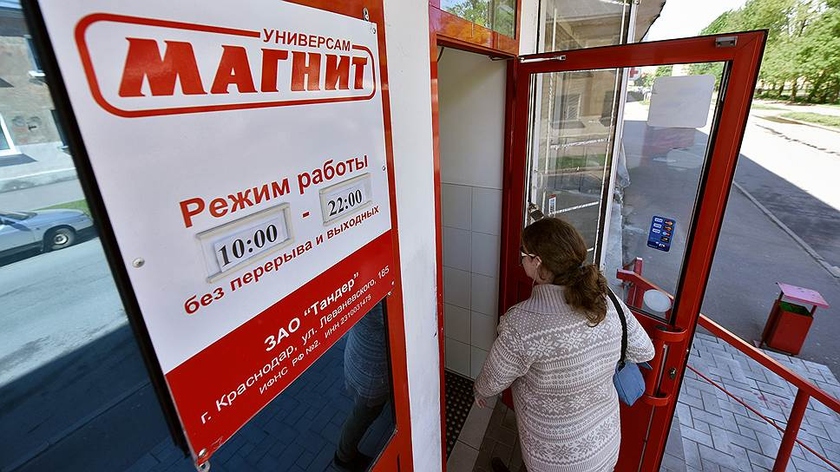 On the platform of provider the partner of network fills a form with details and conditions. The supplier studies the text of the agreement and annexes to it and if there are notes, creates the protocol of disagreements which is loaded into a system together with statutory documents.

All archive of documents (the agreement, applications, the protocol of disagreements) subscribes and transferred to network. "Magnet" on the party checks conditions which were entered by the partner of network, and the protocol of disagreements. If agreements are reached, then the agreement is signed by the retailer if it is not present — is rejected. As a result in addition to decrease in labor and time expenditure, the need to conduct paper archive disappears. According to forecasts of the retailer, in 10 years more than 1 million standard sheets will be saved.

As the CIO and data protection of Magnit network Evgeny Melnikov told, the paper scheme of vendor interaction, in addition to labor costs, bore serious risks: the text of the document could be changed before loading in a system and signings therefore each party needed to recheck every time on lack of distortions.


Magnet opened cases and effects of use of fashionable technologies - the analyst, VR, biometrics

Speaking at the TAdviser SummIT conference on November 27, 2019, the area manager of a research of perspective Magnet technologies Victoria Kozlova told what technologies can be effective, as a matter of experience the company.

New technologies in Magnet separate into two main directions. The first – new types of data acquisition devices, for example, biometric terminals, sensors, sensors and so forth. The second direction – the products and solutions processing everything collected data. It will always be in a trend as the integral part of reality, emphasized Victoria. 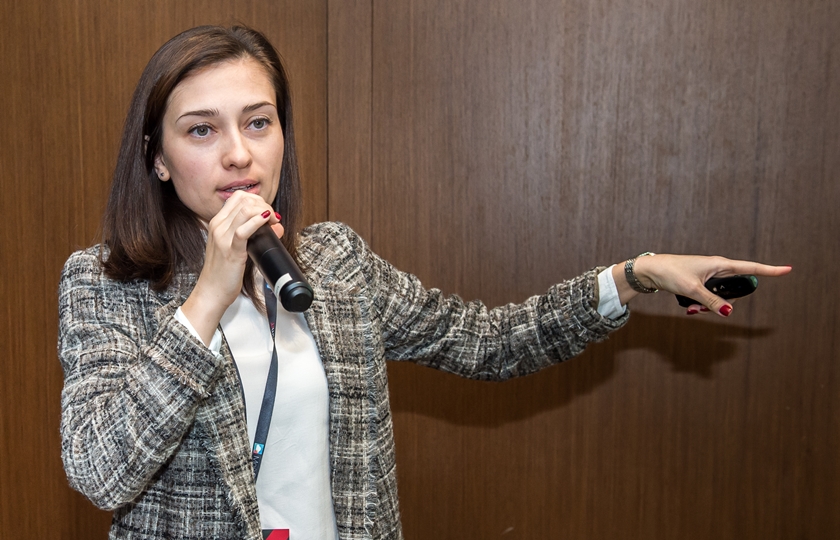 At the same time, marked out Kozlov that in whatever technologies in the company were engaged, they cannot be tested or implemented successfully, without having at least three basic things. Correctly built processes including understanding of roles, responsibility and the sequence of actions concern them partnership between team members and also. The third necessary element is a motivation, and not only material.

For 2019 in Magnet the test environment numbering 40 shops 3 of which was created are laboratories which are in Krasnodar, Moscow and Kazan. At the expense of it in Magnet reduced time for deployment and a research of difficult hardware and software systems on average from 290 days to 90 days.

Most in detail Victoria Kozlova stopped on several technologies which now in active study. For example, video analytics. It is used, for example, for management of queues. Being already set in a number of shops, the technology promotes reduction of queues for 70%.

Other case here – control of fullness of shelves and plano-grams. The representative of Magnet noted that in Russia retailers so far only test this technology, but case did not reach universal implementation yet. Minimum expected value of efficiency is estimated as 1% of sales growth. In Magnet the same cameras estimate correctness of price labels on the shelf, working on the general indicators of increase in level of service and goods availability for the buyer.

The video analytics can be applied also to FaceID mechanics (the person as the identifier). Magnet works in 4 perspective directions. The first – ID of loyalty. Recently the company finished deployment of the loyalty program on all the shops and sees high potential in transition from plastic cards to identification on the person. It is expected that in certain locations up to 50% of users of the loyalty program will want to use it.

FaceID can be used also for payment. In a number of the Magnit shops tests this technology which as expect in the company, in the long term not only will give to buyers new digital experience, but also to save time on the checkout during calculation.

And, at last, FaceID can be used for a time recording. In Magnet this project in an active phase. Its purpose is automation of process of accounting and salary accrual.

Are engaged in Magnet and audioanalytics for quality control of service of buyers. In addition to grocery stores Magnet has also a network of drugstores, shops of cosmetics where sales very much depend on quality of service. The company tests technology for control of correctness of pronouncing standard phrases, and as a result understand which of employees needs to undergo additional training, for example. The prospects of a case are estimated for 7% of sales growth.

Also in distribution centers of the company the "pick by voice" technology which by means of voice commands helps the employee of a warehouse to perform standard tasks for a sampling and a complete set is tested, thereby increasing performance.

Separately Kozlova stopped on issues of development of analytical tools. "Magnet" aims to come at that systems could issue ready-made solutions for business, based on Big Data of the company, for example, in questions of administration of outlets.

Did not avoid in Magnet and technology of virtual and augmented reality. In the company testing on personnel training in VR glasses starts. The technology allows to study at any time, in any place, at the same time points allow the employee not to be distracted by foreign factors during training.

TAdviser SummIT took place in Moscow on November 27, 2019 and attracted more than 700 participants - heads and experts of IT departments of the largest companies and the state departments of Russia, representatives of IT developer and contractors. During the action the prospects of digital transformation of business and state agencies, development of technologies, products and services were discussed. The conference took place with assistance of the Ministry of digital development. The head of department Konstantin Noskov who during the open discussion summed up the first results of the Digital Economy national program participated in it. In total in a plenary part and five thematic sections about 60 reports were heard. The action took place in 5 Radisson Blu Olympiyskiy halls.

At the end of October, 2019 it became known of plans of Magnet to start shops with cash desks of self-service and robots sommeliers. New supermarkets the retailer will call a superhundred-ramie.

The CEO of Magnet Jan Dyunning told analysts and investors about the begun transformation on a teleconference, Vedomosti writes.

According to him, the superstor will be "digital, interactive and atmospheric shop". It cited as an example independent scanning and payment and also the electronic sommelier of the Kuban wines — the display will read out the barcode from a bottle of wine and to issue information on the producer, tastes, etc. Similar devices under the name "Electronic Kavist" since 2018 work in Karusel hypermarkets of X5 Retail Group company. 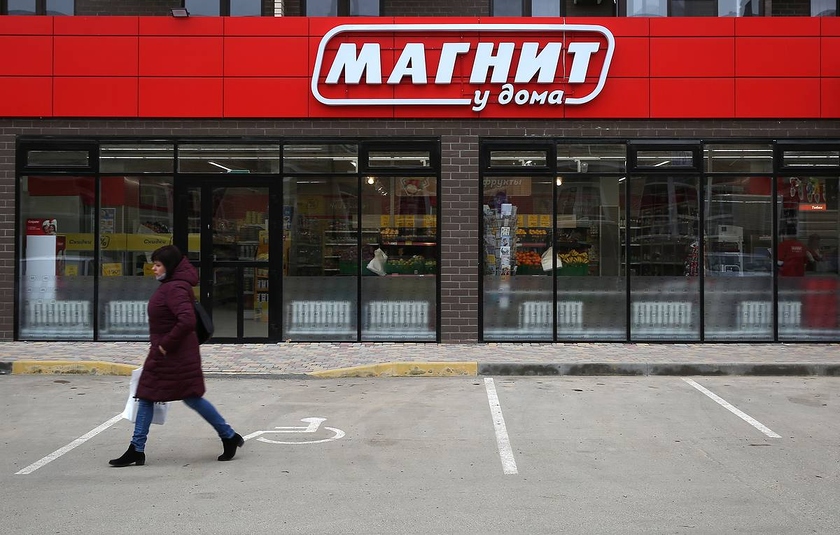 These shops will be within the city, in them navigation and zoning will be updated. Wider range of perishable goods, products under own trademarks will be offered buyers. Besides, in superstor there will be no categories of nonfoods, for example clothes.

"Magnet" was solved on changes because noticed outflow of buyers from classical hypermarkets. The largest shops — more than 2100 sq.m — the company will also turn into "superstor".


He added that hypermarkets have a weak range and promotion actions which practically do not differ from shops at the house therefore clients have no reasons to go to shop of a big format.

The first superstor of Magnet will be open in Krasnodar. By the end of October, 2019 under control of the company there were seven classical hypermarkets more than 5 thousand sq.m.[2]

On June 6, 2019 the retail chain stores Magnet signed the agreement on strategic cooperation with 1C. The companies are going to optimize jointly possibilities of the platform of 1C that it conformed to requirements of the growing and diversifiable business of Magnet more and answered tasks which the network set for itself within large transformation. Read more here.

"Magnet" and SAP will create the platform for marketing and sales

In June, 2018 Magnet and SAP CIS signed the agreement on strategic partnership. The companies are going to create the information platform for process optimization of sales and marketing. The agreement also provides development and use of tools for development of predictive analytics.

Based on a single system it is going to collect and analyze data on consumer behavior, efficiency of sales and marketing actions. In addition, at the expense of the platform IT tools using Big Data technologies, machine learning and predictive analytics will be created. Solutions are designed to give the chance to the retailer to optimize costs, to improve service quality of buyers and also to create base for implementation of own loyalty program.

"Magnet" will predict the sales demand using technologies of Microsoft

In June, 2018 Magnet and Microsoft corporation signed the agreement on complex digitalization of network. Together they will be engaged in development of technologies which will analyze the sales demand and on the basis of these data to make the personalized offers. The buyer will be able to see them in mobile application of shop.

"Magnet" and Microsoft are going to create model of machine learning for demand forecasting in shops. The retailer expects that it will allow to analyze the volume of consumption of products, to provide permanent existence of fresh goods, including unique for specific regions and also to predict demand using AI.

For Microsoft it became the first large-scale partnership with the Russian retail. At world level Microsoft had a similar project with American Walmart giant retail.

In October, 2016 the Magnit network reported that it set thousand cash desk. It was set in hypermarket of Ulyanovsk. In total in shop 10 units of the modern equipment are set.

Cash desks of self-service allow buyers to punch independently goods via the scanner and to make payment. The equipment is located in specially selected zones where there are consultants-cashiers helping to make purchases. Devices accept bank cards and cash. Navigation is provided in a trading floor: shooters and posters with the slogan "We Save Time".

The Magnit company began installation of cash desks of self-service in November, 2014 during a trial project startup. The first devices appeared in Krasnodar and Tuapse. Since 2015 the retail network began implementation of cash desks of self-service in other shops. The NCR corporation became the partner of the company in delivery and the equipment of cash registers.

As of October, 2016 the equipment is installed more than in 150 outlets of network. The technology promotes increase in capacity of shop, allows to add traditional cash register lines and significantly accelerates service process.

IT projects in Magnet