Projects of import substitution of IT

TAdviser constantly monitors the arising projects of IT import substitution and updates the list of the largest and noticeable among them in this article. Material is included into the overview of TAdviser Import substitution of information technologies in Russia.

The analysis of a situation as of 2020

Results of 2019 showed that despite all initiatives of the state to speak about mass import substitution so far early. Nevertheless first "swallows" of this process already appeared. At the end of 2019 the Ministry of Telecom and Mass Communications carried out the centralized purchases of the Russian office programs and antiviruses for the total amount over 1 billion rubles.


By estimates of Maxim Akimov holding a post of the Deputy Prime Minister for the end of 2019, expenses of state companies on acquisition of the Russian software in 2019 made about 10 billion rubles. At the same time the purpose for 2020 - to grow expenses of state companies on purchase of domestic software to 82 billion rubles, and in 2021 - to 150 billion rubles. These data were read by it on December 25, 2019 at a meeting of council at the president for strategic development and national projects

The director of Competence center of import substitution in the field of ICT Ilya Massukh for the end of 2019 estimated a share of domestic software in the total amount of software products of state companies at 10%. According to him, the state does not aim at 100%, and 60% are considered the comfortable, safe and sovereign level allowing the country to be independent in this area.


TAdviser since 2017 collects import substitution project information. In the spring of 2020 the table of such projects was added with about 60 new implementations. Of course, it is only a small share of import-substituting projects. However information is regularly updated and replenished, including using participants of IT market.

According to these data, the largest projects of 2019 were connected with above the sounded centralized purchases of the Ministry of Telecom and Mass Communications. The total cost of delivery contracts of office software was about 740 million rubles, anti-virus solutions – nearly 300 million rubles.

The large contract in 2019 noted Russian Post. In April of this year the mail operator signed the delivery agreement of the domestic office software for complex interaction and joint work with documents on different platforms. Delivery cost was 352.6 million rubles. As [1] Sergey Emelchenkov told in an interview of TAdviser of CIO of Russian Post, replacement of Microsoft Office is huge work on complexity.


It is possible to study other large projects in the table below.

The projects of import substitution starting in 2015-2019

* - The total cost of the contract or the amount of several contracts within which separate IT solutions are substituted can be specified.
** - According to TAdviser
*** In 2019 in Rostelecom transition to use of mainly domestic software is initiated. TAdviser knows of some projects of import substitution, in particular, about projects in division on data management (Division of CDO).
**** In the relation of the product Informatica Power Center (IPC) there takes place not "complete substitution", and is found and the alternative to expansion of its use is involved. Assessment of prospects of substitution of IPC will be executed based on success of involvement of open source of solutions (approximately in the second half of 2019).

The analysis of a situation as of 2019

To speak about mass substitution of foreign software so far early. Among state customers and large business still there is a process of a prismatrivaniye. In general import substitution can be characterized a phrase "pilot implementations are carried out". Many customers begin with test installations and pilot projects. Radically the situation can change in 2019-2020. 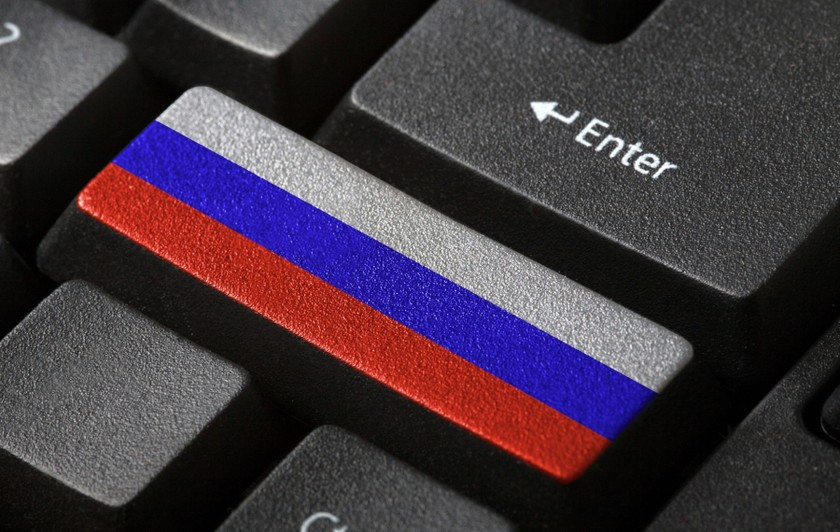 Several factors can have an impact on this process. First, gain of influence from the state. Here it is possible to remind of directives of the Minister of Finance Anton Siluanov according to which state companies from list No. 91-r had to approve in a short space of time plans of transition to the Russian software, and by 2021 considerably increase its share (> 50%). It is about such companies as Aeroflot, Gazprom, Sheremetyevo, Rosneft, the Russian Railway, Channel One, Rusnano, VTB, Rostelecom, etc.

Other factors are connected with increase in level of a maturity of domestic IT solutions, formation of market infrastructure around the Russian developments and entry into the market of IT solutions of large state corporations.

As of April, 2019, from all projects of import substitution collected by TAdviser, slightly less than a half started in 2017. Among 89 projects included in the table like those there are 40. Substitutions which began in 2018 - only 18.

The largest example of IT import substitution in terms of the budget is the project which began in 2015. This creation of an end-to-end information system of courts of law Moscow. The project is conditionally carried to import substitution as there is no information on specific replacements of any foreign systems. At the same time, the contractor of the project - the company "Croc" - reports that wide use of products of the Russian production and open source code systems provided import substitution level in the project about 60%. Among such products - servers Aquarius DBMS Postgre SQL an integration bus of WSO2, an antivirus Kaspersky and many other things. Applied subsystems are own development Croc.

Further there are projects executed for the benefit of the Government of the Moscow region, the Federal Tax Service and Transneft company.

So, for educational institutions of Moscow area in 2017-2018 personal computers and notebooks with the preset Viola OS and the office software of MyOffice were delivered. Earlier for the similar purposes in schools computers on MS Windows with MS Office packet were used. The project budget made 1.8 billion rubles.

Within the contract of FTS with Elvis-Plus company, worth 982 million rubles, jobs in REGISTRY OFFICES were equipped with the protected computers. Windows OS succeeded the Viola operating system. It is possible to learn about the project of creation of the unified register of ZAGS in more detail here.

The following project belongs to creation of IT infrastructure of the register of ZAGS for which FTS is also responsible. As Vladimir Rubanov, the managing director of Rosplatforma noted, earlier the organization used solutions of VMware, but within new projects purchase of this software was stopped for benefit of the Russian developments.

Large projects in Transneft are connected with review of IT strategy of the company regarding change of the platform of automation of activity with SAP ERP on Galaktika ERPEAM"/".


Among the "freshest" import-substituting implementations It should be noted the project in Russian Post. On March 27, 2019 the auction results on acquisition of the domestic office software by the mail operator for complex interaction and joint work with documents on different platforms were summed up. Russian Post will receive 30 thousand packets of office software. Thus, plans of the head of Russian Post Nikolay Podguzov about transition from Microsoft Office to "MyOffice" began to be realized.