Personnel and education in digital economy of Russia

"Personnel and education" - one of the directions of the Digital Economy of Russia program. The Competence center of ASI and the working group under the leadership of Boris Nuraliyev, the director of 1C is responsible for its implementation.

Until the end of 2020 in the Center of executive training of digital transformation of VShGU RANEPA for the "Project Implementation of Digital Transformation" program will be able to be trained 2000 middle managers of federal and regional executive authorities who participate or are going to take part in project implementation on digital transformation of public administration at the different levels. It became known on May 21, 2020.


In the nearest future occupations will take place in an online format, however in process of mitigation of quarantine measures and improvement of an epidemiological situation listeners will be able to be trained also in an intramural and extramural format.

During a rate government employees study work with data, study architecture of IT systems and also "soft skills" (soft skills), such as ability to gather a team develop and to organize joint work, skills of project management and others.


In addition to the "Project Implementation of Digital Transformation" program for the serving federal and regional executive authorities, for May, 2020 in the Center training in the Head of Digital Transformation program for upper managers of level of deputy ministers and heads of the federal agencies (the program started in March, 2020) and also in the program of advanced training "Digital transformation and digital economy continues: technologies and competences" for listeners from Russian regions. Besides, in 2020 the Center plans online training program implementation of "A basis of digital transformation in the public and municipal administration".

In April, 2020 in an interview  of TAdviser the president's special representative concerning digital and technology development, the CEO of "The platform of the National technology initiative" heading the Young Professionals direction   of the Agency of Strategic Initiatives (ASI)  Dmitry Peskov told about formation of a new appearance of NTI, already achieved results of the organization and also about results of work of Competence center "Personnel for digital  economy" - University 2035. Read more here.

The Ministry of Public Education defined finalists of three tenders on receiving grants within the federal draft "Personnel for Digital Economy" of the Digital Economy national program. 104 educational organizations from 39 regions became them. The general size of the grants selected with it is more than 800 million rubles. It follows from the order Minprosveshcheniya posted by department on the official site on April 2. download the order

On allocated funds in 2020-2021 winners will be engaged in development of education in the field of mathematics, information science and technologies of digital economy. It includes holding actions necessary for this purpose for school students, updating of educational programs, purchase of the innovation equipment and also advanced training of teachers, it is noted on the official site of the Digital Economy national program. 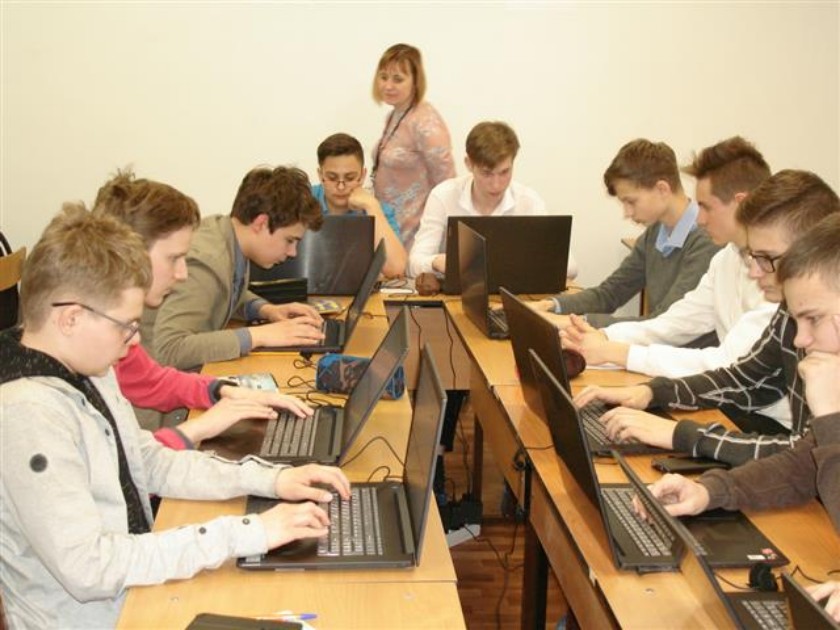 28 seasonal camps and the general education organizations from 17 regions became winners of competition on receiving grants on carrying out thematic changes for school students in the advanced directions of mathematics, information science and digital technologies. The greatest grants will be received by the following organizations:


The victory in tender on receiving grants on development and distribution of the experience in teaching mathematics, information science and technology was gained by 62 educational organizations from 35 regions. The maximum size of a grant in this tender was 6 million rubles. Grants in such size were received by 14 organizations among which there are, in particular, a Nyurbinsky technical lyceum of A.N. Chusovsky and Bobrovsky education center "Leader" of A.V. Gordeev.


35 educational organizations from 26 regions became finalists of tender on creation and support of the organizations of additional education of children and children's associations based on schools for profound studying of mathematics and information science. The greatest grants, in the amount of 3 million rubles, were received by 21 educational organizations. Among them there is, for example, lyceum No. 1 of name EXPERT. Pushkina of the city of Tomsk and Amur state university.

In March, 2020 in an interview of TAdviser the head of the working group on the "Personnel for Digital Economy" direction at ANO Tsifrovaya ekonomika and the head of committee of APKIT by training Boris Nuraliyev told staff shortage and about plans for digitalization of domestic economy. Read more here.

Why IT shniki go to a public sector where salaries are up to 30% lower than the market. A discussion at a conference of TAdviser

What new requirements and to what employees show processes of informatization of state structures? During the debatable discussion "The personnel of digital economy" unrolled at the TAdviser Government Day conference on March 11 to many listeners new depths of a question about which, perhaps, they did not even suspect opened. In more detail - in article "Why IT Shniki Go to a Public Sector where Salaries Are Up to 30% Lower than the Market".

2019: The MEDT and RVC create venture fund for the "Personnel for Digital Economy" project

The Ministry of Economic Development of the Russian Federation and RVC approved key parameters on the organization of activity and financing of venture fund for support of perspective educational technologies of digital economy. The document was signed in June, 2019 within the St. Petersburg International Economic Forum by the Deputy Minister of Economic Development of the Russian Federation Ilya Torosov and the CEO of RVC Alexander Povalko.

The total amount of fund will be 7 billion rubles due to providing RVC of the federal budget in 2019-2021 of the budget investments with increase at an equivalent part of participation of the Russian Federation in authorized capital of RVC. The term of activity of Fund will be 10 years with a possibility of double prolongation for the term of 1 year. The fund will be organized in the form of an investment partnership, at the same time the managing companion Fonda will be defined as a result of the procedure of open selection.

Within activity of Fund it is going to organize acceleration activity that will allow to expand a funnel of potentially successful projects and to stimulate development of new technological solutions.

According to the results of a meeting of the Government commission on use of information technologies for improvement of quality of life and conditions of the conducting business activity which took place on February 9, 2018 the actions plan in the Personnel and Education direction of the "Digital Economy of the Russian Federation" program is approved.

As the prime minister Dmitry Medvedev noted, any enterprise, any production, any field of activity is always people who work.


According to him, it is necessary to improve an education system that it could provide digital economy with the competent personnel.

The road map in the Personnel and Education direction contains 5 main objectives:

For achievement of the listed purposes 13 tasks should be solved:

After accomplishment of actions of the program which are expected 2018 - 2021 developers of the plan expect specific results. For example, the system of distribution of personal digital certificates should be developed. Should there will be a mechanism of assessment of level of competences which results will be yielded by advantages going to the universities (a digital analog of standards of GTO). The training programs and testings directed to formation of core competencies of digital economy will be developed. Emergence of a system of standards for competences of digital economy for all age is expected.

In addition, should there will be a priority project "Digital School" and the concept of an end-to-end alienable system of knowledge, program and the hardware which can be replicated in regions of Russia is developed. The educational organizations will have to start use of personal profiles of competences of students and to provide personal trajectories of their development. The number accepted on training in programs of the higher education in the field of IT for several years should will increase from 60 to 120 thousand students.

At least in 15 cities of the country with a high scientific potential should will appear accelerators on cultivation of project teams for the benefit of digital economy. Besides, not less than 7 venture funds with participation of the universities, their graduates, the partner companies for financing of student's startups in the field of digital economy at a sowing stage should be created.

In the country the system of digital bonuses allowing pupils to earn rewards for different achievements (a victory at the Olympic Games or in a sports meet, public activity, etc.) and to start startups, to receive investments of venture funds, to pass programs of acceleration, to perform other types of entrepreneurial activity in virtual environment should be created.

There has to be a complex educational and acceleration environment allowing the school student, the student, the young scientist and the specialist to gain irrespective of the place of residence knowledge, skills and experience of business activity, access to front lines to "end-to-end technologies" of digital economy, access to the resources necessary for creation and business development, an input in communities and expert networks in the field of technologies and an entrepreneurship. As expected, associations and associations of schools, universities and colleges, separate active educational institutions, business associations and separate companies, regions and separate active territorial educations will be involved in creation and development of this environment.

During program execution about 1000 commercially focused scientific and technical projects in the field of perspective "end-to-end" technologies of digital economy will be selected. Besides, mastering of practice of accounting of entrepreneurial achievements of students as final qualification work ("a startup as the diploma") is planned.

By the end of 2021 20 programs of advanced training for the competences demanded in digital economy at the same time according to programs should be developed 5 million people should be trained.