Salaries in the USA

Main article: Economy of the USA

The rating of the companies with the greatest salaries

In September, 2019 the recruiting Glassdoor portal published the rating of the American companies with the greatest salaries. First place was won by the decision maker for information security of Palo Alto Networks with an annual average salary of employees in $170,929. Pay to Nvidia slightly less — $170,068. The three the leader was closed by Twitter service ($162,852).

9 of 10 most generous employers in the USA represent the technology industry, and most of them are based in San Francisco. Partly it explains high salaries — in this city the high cost of lease of housing and keen competition for skilled workers. 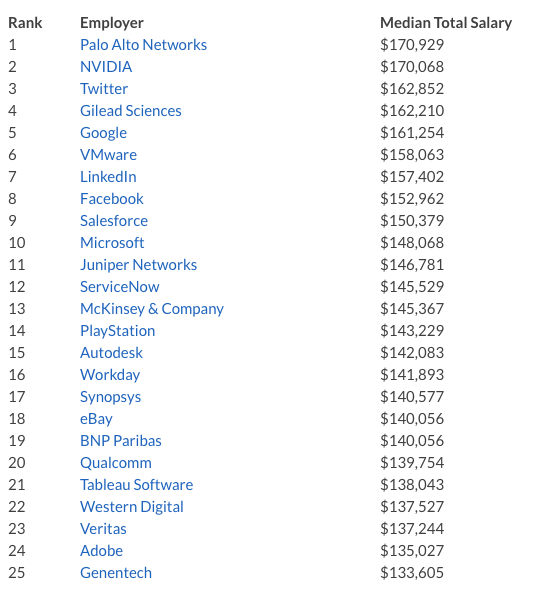 The rating of the American companies with the greatest salaries

Also professions with the highest salaries are given in a research. Head the rating of the doctor and druggists:

In Glassdoor conducted a research on July 1, 2018 till June 30 of the 2019th. The average annual wage in the USA is estimated at $53,950. According to experts, some of the most highly paid jobs require long-term study (for example, in medicine), and in others the crucial role is played by experience (financial and the IT industries).

According to a research of economists of Federal Reserve Bank of San Francisco (October, 2019), automation "contributed significantly" to reduction of a share of national income which goes the American worker for the last two decades. 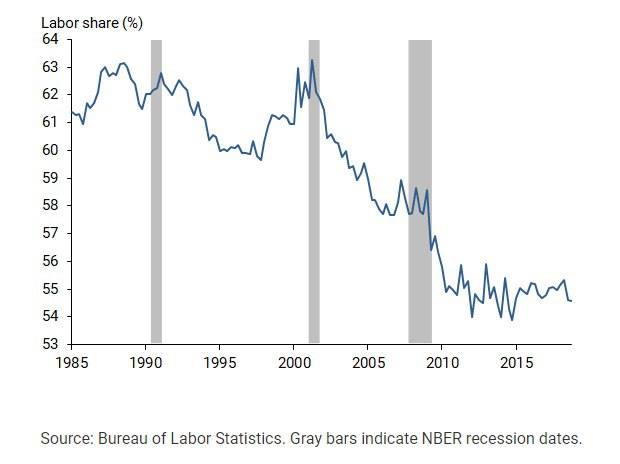 Share of national income which goes the American worker

The share of labor power fell approximately up to 56% from 63% in 2000, and increase in use of robots and other technologies became an important driving factor.

"The companies have more now opportunities to automate the hardly performed positions, than in the past. Thanks to fast achievements in the field of robotics and artificial intelligence robots can perform more tasks and tasks which required human skills of everything a few years ago".

As a result workers began to ask more reluctantly about substantial increase of salary for fear that their employer will address automation to replace them.

Dynamics of an hourly pay of work 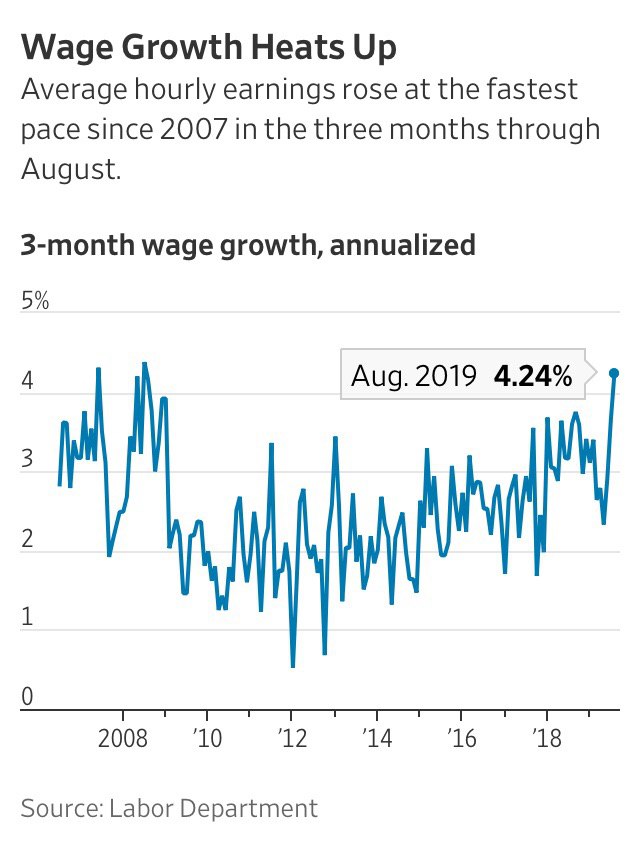 In 2018 the CEOs managing 350 leading companies of the USA received everyone on average in 17.2 million dollars that by 278 times exceeded the salary of their average worker.

Since 1978 the salary of the CEOs in the USA grew almost by 1000% while the average salary of workers grew slightly less than by 12%. 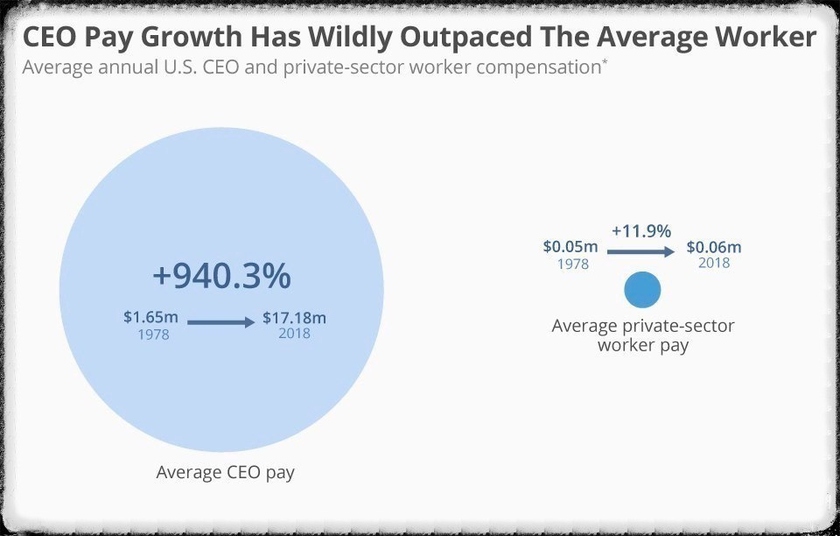 The wages rise of heads and normal workers in the USA for the last 40 years. 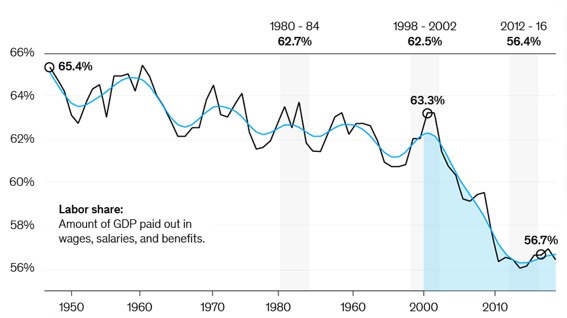 Dynamics of a share of compensation in GDP of the USA 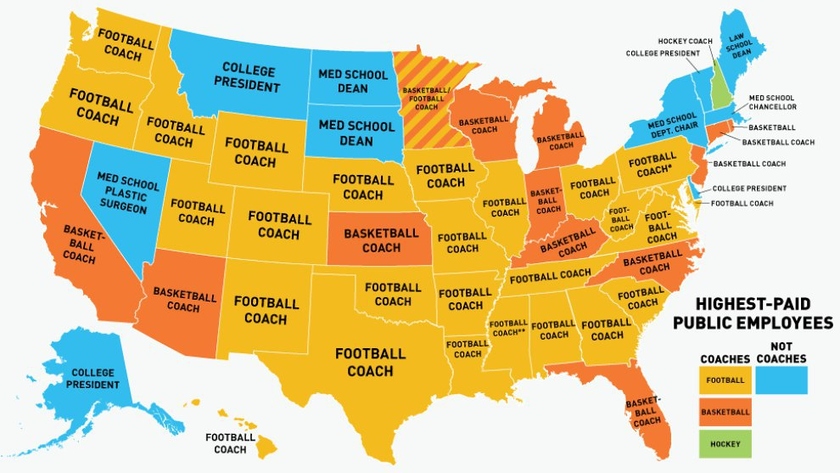 The highest paid budget professions in the USA.

As of the beginning of 2019 in the majority of states in the budget sphere it is the most profitable to work as the football coach. Also deans of medical and legal departments make good money.

Income of white is significantly higher than income black 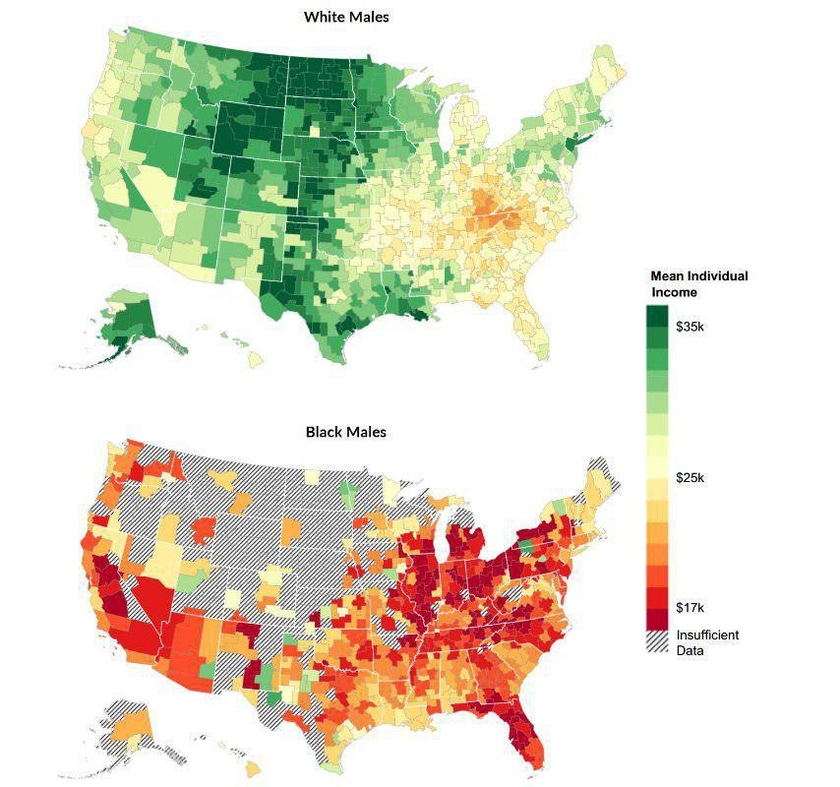 Annual income of white and black men to the USA given for June, 2019

Share of costs for work in income of business 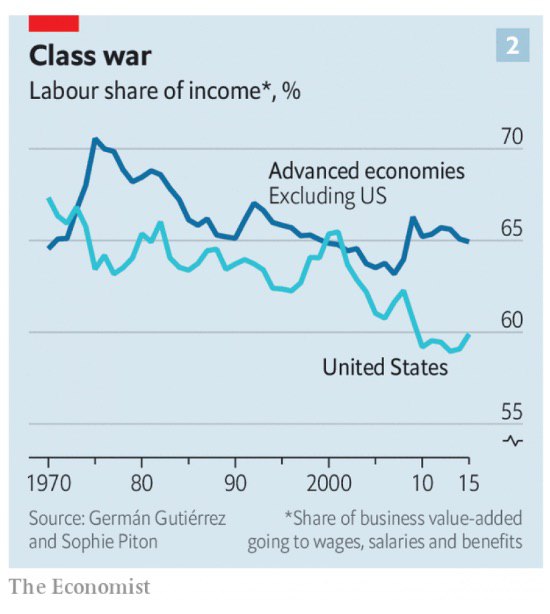 ​​ Class war. The work share (salaries, etc.) in income of business in the USA is much lower, than in other countries with developed economy. 2015.
Источник — «http://tadviser.com/index.php/Article:Salaries_in_the_USA»