In 2019 deliveries of the bent smartphones in the world made about 1 million pieces, reported in Strategy Analytics research company.

Experts explained low demand for such devices with several factors: 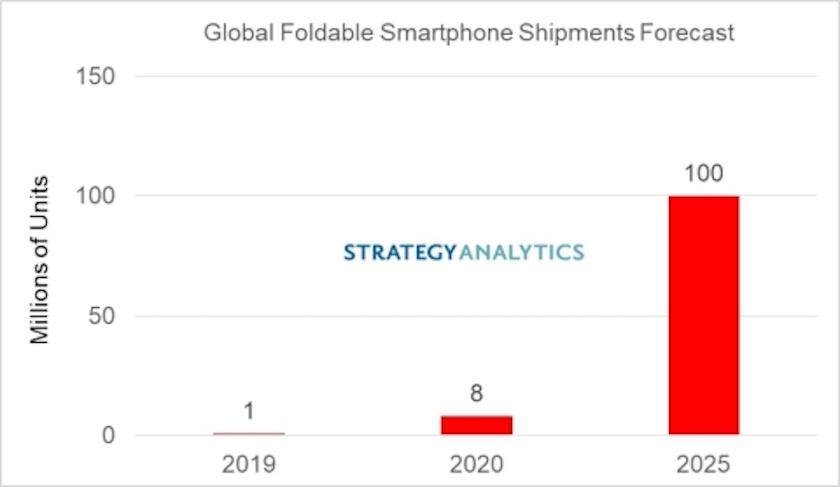 According to analysts, all these problems, including technical, will be the solution within several years therefore sales of flexible smartphones in 2020 will grow to 8 million pieces, and in the 2025th — up to 100 million.

Samsung became the largest smartphone manufacturer, capable to be bent twice or about that, at the end of 2019. Afterwards Huawei was located. If the South Korean giant is in the lead in the western markets, including in the USA, then the Chinese company is concentrated on the house market.

According to specialists, in 2020 several producers will provide new smartphones with folding screens. In particular, such gadgets prepare Motorola and TCL. It is supposed that by 2025 similar models of smartphones will be in assortment of all leading brands including Apple.

According to the The Korea Herald edition, the Samsung company is going to produce about 500 thousand new devices Galaxy Z Flip, and according to the results of all year 2020 is going to ship about 2.5 million such tubes. The Galaxy Z Flip model was provided at a ceremony of delivery of awards of the Academy of Motion Picture Arts and Sciences Oscar.

Speaking about advantages of the bent gadgets, the chief executive of Strategy Analytics Neil Mawston emphasized that in such devices big screens stack in a small form factor. Consumers can browse big content, for example video, on the big display, and then to accurately put the device in a pocket or a bag, he noted.[1]