The rating of the smart cities in Russia

2020: The Ministry of Construction provided the rating of the smart cities of Russia

On March 3, 2020 the Ministry of Construction for the first time submitted the index of digitalization of municipal economy "IQ of the cities". Also the ministry presented the rating of digitalization of the Russian cities based on this index. The rating reflects a situation in the cities of the country as of 2018. In total 191 cities took part in it.

Among the largest cities, numbering from 1 million people, first place in rating was won by Moscow, Kazan and St. Petersburg.

From the large cities, with the population from 250 thousand to 1 million people, the first three places were taken by Khimki, Balashikha and Tyumen.

In category of big cities, with the population from 100 to 250 thousand people, the first three places appeared beyond Reutov, Serpukhov and Elektrostal.

The administrative centers which are the most developed in terms of digitalization – localities with population less than 100 thousand people – proved to be Dubna, Ivanteyevka and Naro-Fominsk.

The index of digitalization of municipal economy developed by Ministry of Construction together with Lomonosov Moscow State University contains 47 indicators. download the list of indicators They cover ten directions:

The index of digitalization of municipal economy was developed within the departmental project "Smart City" which is implemented within two national projects – "Housing and Urban Environment" and Digital Economy. The index purpose as declare in Ministry of Construction, consists in determination:


The index and the rating of digitalization of the cities will be calculated on an annual basis and to be provided to regions. Besides, it will make recommendations concerning digitalization development. Also based on MSU for regions the relevant educational activities will be organized. 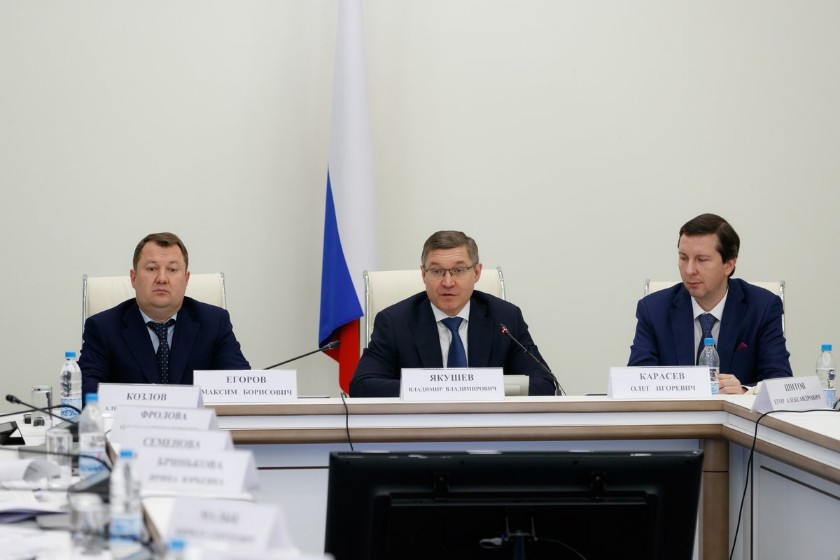 Development of a technique and calculation of the index were performed from September to December, 2019, Maxim Egorov told TAdviser.


However the method of calculation of the index of digitalization of municipal economy will be improved still. So, in 2020 as the vice rector of Lomonosov Moscow State University Oleg Karasyov noted, in it it will be included the requirement of collecting of the additional information for calculation of the index and also some new indicators connected with development in the cities of new technologies, for example a 5G.

Lomonosov Moscow State University performed development of the index of digitalization of municipal economy and the rating of digitalization of the Russian cities, having won a victory in tender of Ministry of Construction, carried out in August-September, 2019. With the university the contract for accomplishment of these works of 16 million rubles at the initial price of the tender in 27.1 million rubles was signed.

2019: The Ministry of Construction orders a technique for calculation of the IQ of the cities index

On August 20, 2019 it became known that until the end of 2019 in Russia the index of digitalization of municipal economy characterizing "IQ of the cities" will be for the first time calculated. The Ministry of Construction which announced competition on development of a technique on which the index will be calculated reports about it on the website. It is going to define IQ of the cities every year, since 2019. 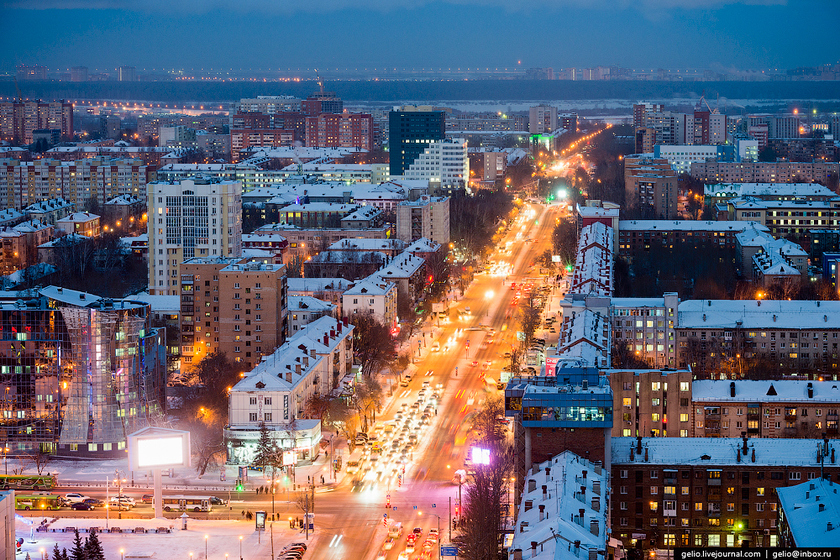 As it was reported, when calculating the index the level of digitalization of municipal economy and award enforcement of "The smart city" will be considered. It will give the chance not only to determine the current level of technology development of the cities, but also to reveal the perspective directions of development and also to understand how many money should be directed to digitalization of the urban environment.

According to information on the website of state procurements, tender on the right of accomplishment of research work on the subject "Development of a Technique of Assessment of the Course and Efficiency of Digital Transformation of Municipal Economy in the Russian Federation (IQ of the Cities)" was announced by project directorate of Ministry of Construction on August 15, 2019. Requests are accepted till September 2, 2019. The starting maximum price of the agreement is about 27.1 million rubles.

Assessment of digital transformation of municipal economy will consider several factors and parameters, including interaction of citizens with the city. The technique should be developed according to the international ideas of what "the smart city" should represent.


The index of quality of the urban environment for August, 2019 consisting of 36 parameters was approved in 2019. Among parameters improvement and gardening, the comfortable residential development, security, digitalization, improvement of an ecological situation and creation of infrastructure for citizens with limited traficabilities are registered.

Moscow and St. Petersburg are recognized most "smart" of all Russian the large cities. And the capital of the Olympic games-2014 of Sochi conducted the corresponding research 15 "million plus cities" and provided at the end of 2017 "National research institute of technologies and communications" (NIITS).

Complete text of a research, PDF

The cities were estimated by several groups of criteria. In particular — to quantity of points of Wi-fi concerning the square of the city, to number of ATMs, the number of cars of car-sharing, the level of development of Internet armoring, etc. To be fair it should be noted that the technique of assessment raised questions at a number of experts.

In particular, Rostelecom in the comment to the edition called NIITS indicators "incorrect".


2016: Rostelecom and IRI are going to create the rating of the smart cities of Russia. Later the project was winded down

The Institute of Development of the Internet (IDI), PJSC Rostelecom and National association of the industrial Internet presented a technique and evaluation criteria which will form the basis of formation of the future of "The rating of the smart cities of Russia" in December, 2016.

The main objective of rating – to reveal best practices of use of the smart systems and services for increase in efficiency of the municipal government in Russia and to stimulate mass transition to them of other cities.

The list of indicators for participation in rating will be sent on the cities selected by experts of IRI. Data will be collected until the end of February. In April preliminary results of rating will be discussed in the working group of experts. The final rating will be provided in 2017.

The research of "the smart cities" will be based on two aspects: on field poll (among representatives of municipalities, federal agencies, etc.) and on expert evaluation of the solutions and approaches used in the specific cities.

In the first rating of the smart cities it is going to study experience in a part of project implementation of Smart City of 18 largest cities of Russia: Moscow, St. Petersburg, Novosibirsk, Yekaterinburg, Nizhny Novgorod, Kazan, Chelyabinsk, Omsk, Samara, Rostov-on-Don, Ufa, Krasnoyarsk, Perm, Voronezh, Volgograd, Krasnodar, Saratov and Tyumen. Survey results are going to be provided by the fall of 2017. Further it is offered to consider the possibility to include in the rating of the city from each territorial subject of the Russian Federation.

The basis for a research was formed by five key spheres: transport, power, housing and public utilities, industry and electronic government. For each of them – the indicators reflecting technological effectiveness and intellectuality are selected.

According to experts of IRI, the created rating will designate leaders of use of technical and innovation potential in the municipal government; the rating is going to be provided according to the results of the fall of 2017 spent works with regions.

The Ministry of Energy together with IRI[2] developed indicators of penetration of intelligent systems and technologies in the industry[3]. Among them the main:

"Transport" criteria reflect the level of penetration of technologies into city life. According to Mikhail Blinkin, the director of the Institute of Economics for Transportation and Transportation Policy of Higher School of Economics National Research University, "the smart cover" of the transport system of Moscow is at high world level. However there are commonly accepted criteria of convenience of the consumer (passenger) of public transport: "Having come to any stop, I should see when the following bus, the tram comes", – Mikhail Blinkin explains. The following criterion – an opportunity to call the taxi with a known rate, and the last – traffic management.

But in practice accomplishment of the last criterion is often limited to an objective historical framework. For example, in Moscow 28 meters of roads are the share of the car. For comparison – in Boston and Philadelphia – 200 meters. And even expansion of a roadbed at the expense of green zones will never provide the sharp growth of an indicator in the capital. "We can manage only reasonably traffic and public transport, parking space and conduct tough price policy", – Mikhail Blinkin explained. These criteria and also existence of online services, the expert also suggests to consider in rating on a transport component.

The priority direction in the field of security in the city is security on public transport. Therefore criterion is existence of the situational center for the intellectual integrated control of public transport. "In Moscow a system already works, entered in top-10 the similar systems of the world in the rating of PwC, and we are ready to share experience", – the CEO of the Center of the organization of traffic of the Government of Moscow Vadim Yuryev told. Also he considers that criteria are necessary:

As all services are based on ICT and Internet access, the associate director of Development department of high technologies of the Ministry of Telecom and Mass Communications of the Russian Federation Dmitry Nikitin suggested to consider penetration, speed and cost of the Internet among the main criteria. Also important parameters he called:

According to the director of the Center of strategic innovations of Rostelecom Boris Glazkov, it is necessary to consider historically developed influence of the industry on life of the cities. "Industrial enterprises were the centers around which the cities grew, have the general utility infrastructure with the cities. Therefore still the industry defines not only economy, but also a social component of the surrounding city. Including correlates with infrastructure of the smart cities", – he explained. Boris Glazkov voiced criteria:

In July, 2018 ANO Institute of Development of the Internet (IDI) announced the suspension of work on the Rating of the smart cities of Russia.