The profession of the system administrator is transformed as a result of the next round of technology development. What to prepare to specialists in this sphere during an era of the coming digital economy for, in special material of TAdviser the journalist Leonid Chernyak tells.

For decades idea of the system administration (SA) changed synchronously with changes in computer systems. As specialty, SA arose spontaneously, from need to cope somehow with difficulties of the first operating systems on mainframes.

Then except system engineers the engineers maintaining operability of not too reliable computers entered into service staff. They taped payments rubber hammers, repaired the periphery approximately as cars, and spent fair amount of alcohol for rubbing of contacts.

In the eighties with mass distribution of the PC, local networks and Windows the universal specialists combining in the activity service hardware and the software were required. First it were absolutely young people accumulating experience in the empirical way, is frequent children of users. And such pattern was observed in all countries.

Over time professionals grew up from fans, experience began to be accumulated in the form of books and online of resources, and SA turned into the activity requiring permanent and very serious self-education. There were different rates and specialties at the universities. 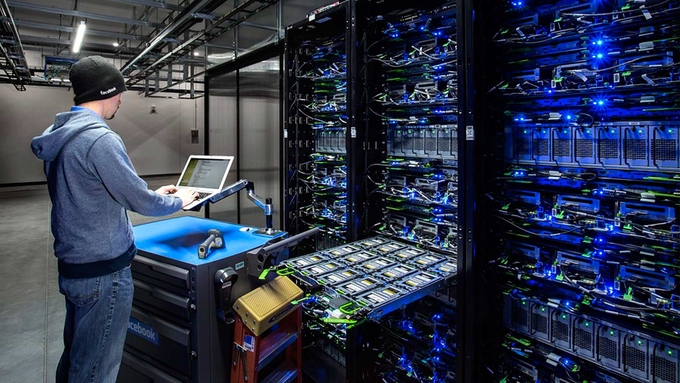 On this kind background the behavior of Russian authorities looks strange. "Database manager" and "The network and system administrator" are included in the official "FGOS list of Open Source on TOP of 50 perspective professions of Federal state educational standards of secondary professional education" along with especially working specialties.

Without belittling advantages of hairdressers, painters, tilers and other specialists from this list, it would be desirable to notice nevertheless that specialties anyway connected with IT, require education higher, than an average, and permanent advanced training. Reference of administrators to workers raises doubts in gravity of study of a question from officials.

What to be surprised to, not only hunting and fishing, but also many other things in Russia has national peculiarity. The feature of work of the system administrator in native reality is perfectly described in article consisting of three parts "Leave or remain? Secret problems of system administrators"[1]. A name of the author – Lev Myshkin. Though most likely it is the alias which directly is associated with the prince Lev Nikolayevich Myshkin — the main character of the novel of Fedor Mikhaylovich Dostoyevsky Idiot.

On it, frankly speaking, a gloomy background it is difficult to write about universal trends and the future changes in the specialties connected with administration by corporate IT.

Idea of the system administrator in 2017

Usually in the system administrator see the person who is responsible for maintenance in working order personal, but is more often than multiple-user computers – servers. Its task includes updating of resources, ensuring required performance levels and security within the selected budget. System administrators together with the servicing engineers set and update program and the hardware, rules of security support, train users and technicians.

On sphere of activity occupied in SA it is possible to separate into several categories:

What waits for the system administrator in the future?

Since mainframes and practically before the beginning of the 21st century idea of IT suffered from unilaterality. In IT and people who support them saw only the means capable to perform these or those functions, no more than that.

Let's compare to traditional productions. There are people who provide a production process (operation of pipelines, robots, etc.), there are specialists using technologies for production of a required product, and there are those who use the created product. In IT the first are system administrators and who are responsible for results, remain indefinite.

But the situation changes, and gradually in IT there is approximately the same three-unit system which exists everywhere. Data are recognized a main product of IT. At the third level data use analysts, so-called data scientist, with them more and more or less clearly. And what happens to the first and second links? Nobody removes the traditional tasks which are listed above from system administrators, but appear new, and they are connected with the new directions - Data governance and DevOps.

Most precisely to translate Data governance as "the management of data". Not management, namely management. Understand a package of measures as Data governance, directed to preserving and support of quality of data as important asset of the enterprise.

Data governance role in corporate strategy of the company is noted by system integrators[4]:


With respect thereto in staff of SA new specialties will appear:

DevOps should be considered as the general tendency to inevitable control automation by information systems on which way of implementation, however, there are several obstacles. One of them consists that process of automation was inspired by the programmers in the language formulating understanding of a problem that resulted in lack of accurate division into an automation object with its properties and the system automating this object.

In all technical applications such division is obligatory, and, respectively, there is a division into specialists in an object and on avtomatizator, i.e. it is about two absolutely different spheres of activity.

Administrators are the qualified professionals having sufficient educational qualification and experience, however they are often busy with routine work, do not create anything new and remain appendages of the existing information systems.

Alan Turing wrote about future job specialization between programmers and administrators in 1947:


Turing's prophecy in many respects came true, for a past since then time the history of developers (Dev) and operators (Ops) managed to make several rounds of development. At first, even before emergence of mainframes, separation between developers and operators was not — then there were programmers and engineers saving operability of extremely unreliable systems.

Mainframes with their batch mode separated programmers and operators — the first gave packs of punched cards with the programs, and operators started them into the account and returned listings.

Return on an initial position (consolidation of the programmer and operator in one person) happened in the seventies to emergence of the mini computer and a dialogue mode — intermediary operators were not required here, and the barrier between the developer and the computer disappeared.

But with the advent of personal computers and local networks, the client-server architectures and databases infrastructure considerably became complicated and again there was a division into Dev and Ops. In the subsequent there were large DPCs and independent IT departments entirely consisting of Ops — again there was a barrier between two parties.

In the 21st century there was strict job specialization between Dev and Ops. Problems of the first came down to creation of new software and its periodic updates, and the second — to providing to users of reliable and quick access to system resources. But thus as Dev, and Ops do common cause, their interests match only partially. It is natural that programmers do not want to do software with errors, and people from IT — to bring down it in use, in it they are uniform, and so far requirements to the speed of emergence of new releases of software were rather small, between them there were no serious contradictions.

If needs of users were limited only to the ready purchased replicated software, then the separation predicted by Turing would remain still for a long time, but there were two new phenomena: continuous software updating (Continuous Delivery, CD) and continuous integration (Continuous Integration, CI).

The need for them is caused by the fact that in the modern systems requests of users change literally daily and there is a gap with systems capabilities. On one bowl of scales there are costs for deliveries of the code with new functionality, and on another — the half-received profit because of delays with emergence to the necessary user of function, late feedback coupling, need of support of unchecked solutions and other factors.

Continuous integration as acceptance of software engineering is used in projects with participation of a large number of developers that allows to reduce labor input of integration and to make it more predictable due to the earliest detection and elimination of errors and contradictions.

Emergence of DevOps in 2009 demonstrates approach of the next moment which was predicted by Turing — due to automation there was an opportunity to refuse services and to transfer control in hands of developers. However automation of information systems — process long and difficult therefore DevOps call both the movement, and a technique, and process, and it is very rare — technology, and all this has the right to existence.

Whether follows from told that automation will lead to disappearance of system administration? Definitely – no. Most likely those tasks which are caused by imperfection of computer systems will disappear, need for the routine transactions which are not requiring profound knowledge will disappear and on this background qualification requirements will raise.