As soon as the company opens the first branch there is a question of how to provide communication of IT infrastructure of this branch with the main office. In most cases the Internet connection is for this purpose used. Using VPN technology the encoded communication channel, or in other words a VPN tunnel on the Internet is created. Using this tunnel, remote offices transfer each other traffic. Windows or Linux the server, and the router can act as the VPN server both normal. For work of remote office it anyway will need the router for connection to the Internet. VPN routers in addition to the main objective, can act also as the VPN server that allows to save on purchase of the selected VPN server and its subsequent service.

In February, 2016 we considered six VPN routers developed for small business since the popular Cisco brand and finishing little-known producers, such as DrayTek. We studied each router to define how they correspond at the price, functions and convenience of setup. If you are interested in IPsec VPN, pay attention to models which give the chance of simple setup, such as Cisco, Linksys or Netgear. If you are interested in a wide choice of VPN protocols, pay attention to D-Link. And if you look for unique feature set, pay attention to model from DrayTek or other models of this firm with the integrated Wi-Fi, optics or VoIP.

Cisco RV325 is a VPN router with two gigabit WAN ports worth about 21,000 rub. It is top model of the Cisco routers of the RV VPN series. This model supports up to 50 IPsec of tunnels, with the stated bandwidth about 100 Mbps.

PPTP and SSL VPN servers both support up to 10 simultaneous client connections. RV325 supports the solution Cisco Easy VPN that facilitates a configuration of remote client users. However the only option of connection the server server is IPsec. It would be quite good to see other options as IPsec is never easy-to-customize. In general, we consider that the graphical interface is convenient and clear. It is good model with support of the majority of the widespread VPN functions of routers. 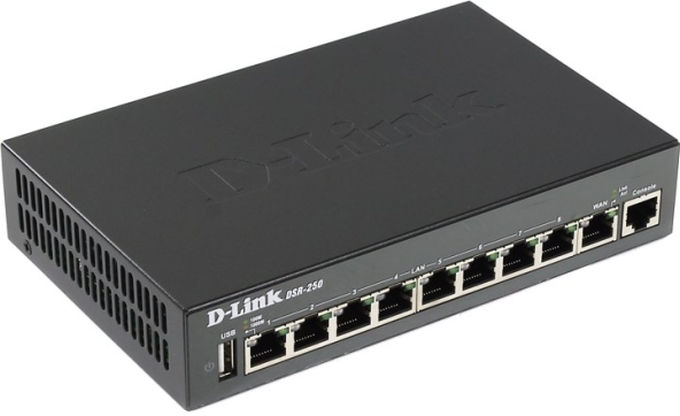 D-Link DSR-250 is the eight-port gigabit VPN router worth about 10,000 rub. This model supports six VPN types, and to 25 simultaneous IPsec of connections the server server or the client-server with the maximum capacity about 50 Mbps. SSL VPN supports up to five tunnels. Also can act in server roles and the client of PPTP and L2TP of connections, at most 25 tunnels. The server and the client supports OpenVPN to 5 tunnels. In general, it is the router with big feature set. It provides a wide choice of VPN options, access to the printer or files through USB and also dynamic filtering content web.

DrayTek Vigor2925 worth 20 000 rub has two gigabit WAN ports and five LAN ports. The model supports at the same time to 50 VPN tunnels the server server or the client-server through IPsec, PPTP or L2TP. Capacity of IPsec of tunnels – 50 Mbps. The SSL VPN server supports to the 25th the client-server of connections. Vigor2925 has a large number of functions, supports all main VPN solutions except OpenVPN. In addition to common features of VPN routers, it also supports dynamic filtering content web, centralized operation of VPN and wireless access point and also FTP access to the files located on the USB carrier. In addition it supports monitoring of temperature via the USB sensor. 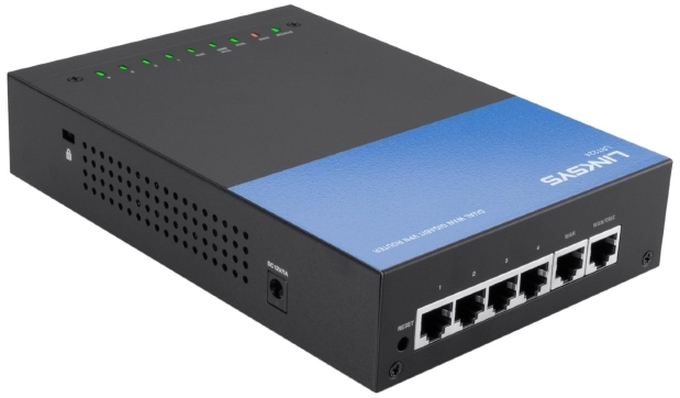 Linksys LRT224 represents the router from two WAN and four LAN ports worth 17,500 rub. All six ports gigabit. The model supports up to 45 IPsec of tunnels, the server server or the client-server, with the maximum capacity in 110 Mbps. The PPTP VPN server supports up to five simultaneous client connections. OpenVPN the server supports to five simultaneous the client-server of tunnels and OpenVPN the client the server server allows to configure connection. It is the good choice for those whom IPsec VPN as in this model the maximum bandwidth is stated interests and the simplified process of setup through a web the interface is implemented. However, this router does not support SSL VPN, and the maximum quantity of PPTP VPN tunnels only five.

Netgear FVS336G is the VPN server with two WAN ports worth about 20,000 rub. The device supports to 25 IPsec the server server or the client-server of tunnels, with the maximum stated bandwidth about 78 Mbps. The SSL VPN server supports up to 10 tunnels. PPTP and L2TP can service servers to 25 clients. We consider that it is the normal router without any special shortcomings in spite of the fact that Netgear provides the program for the IPsec VPN setup on clients for deployment process simplification. This model there is not enough customer support of PPTP and L2TP that does IPsec by the only option of connections the server server. We also considered that this model needs some improvement of the graphical interface.

In addition to the routers considered in article, in Russia the TP-Link TL-ER6020 router enjoys popularity. The average price of this model is 11,500 rub. Available 2 gigabit WAN ports, 2 gigabit LAN, 1 gigabit port LAN/DMZ and 1 console port for management. The stated IPsec VPN bandwidth – 80 Mbps, the maximum quantity of VPN tunnels – 50. From VPN protocols IPsec, PPTP and L2TP are supported and SSL VPN and OpenVPN are not supported. Also among shortcomings it is possible to note the small number of LAN ports and absence of USB port. However considering rather low cost and a possibility of balancing of loading and fault tolerance of WAN of connection, it is possible to draw a conclusion that this model is expected use as the router therefore implementation of functionality of the switch and a file server will require separate iron. At the same time at this router the user-friendly and fast web interface and also, according to responses, the good performance and stability of work. It is possible to note also implemented Policy Routing function which allows to create rules for redirection of traffic on a certain WAN port on the basis of the address and port of a source and appointment.

All routers have available IPsec and PPTP VPN servers and all but two (Linksys, TP-Link) have the SSL VPN server for access for clients through a web the browser. All routers support the server server and the IPsec client-server tunnels while many of them support only the client-server for some or for all other VPN protocols. Each router offers any option of balancing of loading and fault tolerance through use of the second WAN port and/or support 3G or 4G USB of modems. All routers support tagging of VLAN. Two routers (D-Link and DrayTek) also provide simple access to files and printers through USB ports.

By preparation the materials NetworkWorld were used