Structure and solutions of ABB

ERP and IT infrastructure of ABB

2020: Transfer of 80.1% of Electric networks business division to Hitachi

On July 3, 2020 ABB announced achievement of an important milestone on the way of transformation to the decentralized global technology company, having completed transfer of 80.1% of Electric networks business division of Hitachi company according to the drawn-up plan. Read more here.

57% of all income of ABB were brought by eco-efficient solutions for the smart cities, the industrial and transport systems

On March 18, 2020 it became known that the ABB company published the report on sustainable development for 2019. In it information on key indicators of efficiency of the company in the field of modern technologies, socially responsible activity and socially responsible relations is collected. In 2019 ABB reached or exceeded more than a half of target indicators on sustainable development of earlier planned term.

As it was reported, in 2019 57% of all revenues of ABB company brought eco-efficient solutions for creation of the smart cities, the industrial and transport systems without harmful influence on climate and preserving of non-renewable natural resources. By the end of 2020 it is going to increase this indicator to 60%. The portfolio of the company include digital solutions in spheres of construction, infrastructure, net energy, the systems of movement and energy efficiency. The potential volume of target market for these solutions is 5 trillion US dollars.

The ABB company supports the Parisian agreement on climate of 2015 and an initiative of Science Based Targets (SBT) and aims at restriction of global warming and prevention of potentially destructive effects of climate change. In comparison with 2013, in 2019 ABB reduced emissions of greenhouse gases by 41%, having exceeded a target indicator of 2020 in 40%.

ABB is going to become the carbon and neutral company in the long term. In 2019 the company opened the first plant with the neutral level of emissions of carbon in the city of Lyudenshayd (Germany), thereby having shown the aspiration to sustainable development of the industry. The plant is equipped with a solar power plant and digital technologies which provide it power independence. Smart industrial ecosystems of the enterprise are controlled digital means that gives to the plant several advantages.

Besides, in 2019 work in ABB company became safer. The general coefficient of the registered cases of injury rate (TRIFR) decreased last year from 0.58 to 0.47. Target the value of this indicator for 2020 was equal to 0.7. One employee of ABB and one contractor died as a result of accidents in 2019.

In 2019 ABB reached three of four target indicators in the field of socially responsible relations. Activity of ABB company is entirely based on the principles of faultlessness. The company changes and simplifies structure of work and management, but steadily follows these principles and will continue to do it in the future.

Task of ABB until the end of 2020 — to provide understanding and respect for human rights every day and in any field of activity of the company. To execute it, the ABB company took measures for increase in competences, identification of risks and increase in efficiency of the base of suppliers and also access restriction to conflict material types.

The ABB company continued work on programs of gender equality and inclusive employment. ABB joined the guarantee of EmbraceDifference created by the European round table of industrialists and signed in 2018. In 2019 the company connected the initiatives with six priority areas specified in the guarantee: inclusive culture, the inclusive management, goal setting and tasks, accurately formulated duties, equal opportunities and involvement in public life, responsibility.

During 2019 the company achieved certain results in the field of equality. In 2019 11.7% of upper managers in ABB were women. In 2018 this indicator was 10.5%, in 2017 — 10%. The ABB company continues to promote education and employment of girls and women in the field of sciences, technologies, engineering and mathematics (STEM), including through target scholarship and mentor programs in Hungary, India, Poland, Sweden and other countries.

On November 6, 2019 the ABB company reported that on production in Baden the release of the systems of accumulation of energy intended for the railroads, trolleybuses, electric buses and trucks began. Implementation of such systems will allow to reduce the level of emissions and to increase energy efficiency. In the long term solutions for accumulation of energy are going to be set also in trolleybuses in some cities of Switzerland. 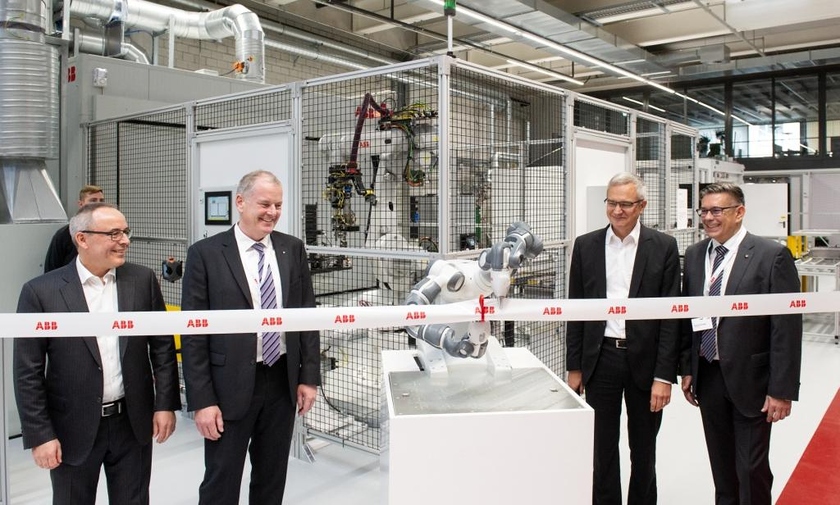 Technologies of the systems of accumulation of energy have paramount value for creation of ecologically safe transport system of the future as provide electrification and decarbonization of automobile and rail transportation. Development of a segment of electric buses and trucks is impossible without highly effective accumulator solutions which, in particular, will be capable by method of recuperation to save braking energy. Besides, the systems of accumulation of energy will allow to increase a zone of operation of trolleybuses which thanks to this technology will receive an additional stock of the course and will be able to work without aerial lines.

Unlike Switzerland, in many European countries considerable sections of a railway system are still not electrified. Thanks to integration of the systems of accumulation of energy diesel trains can be transformed to the hybrid systems that will lead to reduction of emissions of CO2 for 30% and also will provide significant energy saving due to recuperation. The systems of accumulation of energy open ways of upgrade of commercial vehicle fleets, helping transport companies to increase environmental friendliness of transportations.


In a production process accumulator elements gather in the standardized modules. Further modules integrate in the systems of accumulation of energy which adapt according to a specific applied objective. In systems the Li-ion technology therefore rechargeable batteries have the high power density and long term of service even at high loads is used. When developing technology requirements to the maximum security, quality and energy efficiency were considered.

For this purpose two robots of ABB providing observance of standards work at a production line. One robot places accumulator elements in the module body, and another connects them by method of high-precision laser bonding. All data of technology transactions continuously register in a digital form.

ABB has experience in production of the systems of accumulation of energy for different scopes, for example for power supply networks and solar installations. The choice of Baden as the location of the plant is caused by a number of factors, including proximity of the city to the Development center of traction transformers of ABB in Turgi and to the Center of corporate researches of ABB in Detvil.

On October 9, 2019 AVV company reported that it opened in Houston the first international center of researches in the field of health care in a campus Texas medical of the center and showed a number of experimental technologies, including mobile robot YuMi which will help the staff of laboratories and to execute in hospitals laboratory and logistic works. In more detail here.

According to the company, the medical center ABB will occupy the territory of 500 sq.m in TMC. This modern research establishment will become the powerful platform which will integrate startups, scientists and the leading technology companies in joint work over prototypes of revolutionary medical technologies.


Bjoern Rozengren is the new CEO

ABB and Dassault Systèmes companies announced on March 6, 2019 the beginning of large-scale partnership as a result of which the companies will be able to offer clients from digital industries a portfolio of software solutions, the including broad spectrum of tools, beginning from product lifecycle management and finishing with indicators of assets (asset health). Partnership will allow to integrate strengths of the digital solutions ABB Ability and the Dassault Systèmes 3DExperience platform. Read more here.

On November 17, 2018 it was announced sale of a 80.1 percent share in power grid business of ABB of the Japanese company Hitachi for $6.4 billion. This acquisition became the largest in the history of Hitachi and reflects the aspiration of the buyer to become world industrial giant, and in a case with ABB the transaction indicates focus of the company on digital and robotic businesses.

ABB intends to save for some time a 19.9 percent share in division of Power Grids which taking into account debts is estimated at $11 billion. About $7.6-7.8 billion the means obtained from an asset sale, the Swiss company will return to shareholders in the form of share repurchase of stocks. 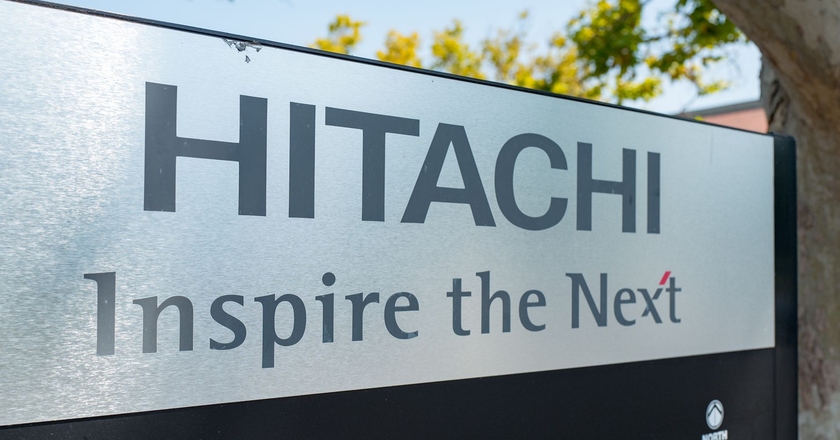 The option allows ABB to sell the remained share at the fair market price — it is not lower than 90% of the agreed value of the enterprise — in three years after official end of the first part of the transaction.

As the Financial Times newspaper notes, purchase of power grid business of ABB which should be closed in the first half of 2020 supports ambitions of Hitachi on entry into number of global industrial groups, such as General Electric and Siemens.


In January-September, 2018 sales in Power Grids made $7.1 billion, and profitability reached 9.8%. After purchase of this business Hitachi will transfer it to separate subsidiary company therefore the Japanese conglomerate hopes to become the second in the world on the volume of income the producer of the heavy electrotechnical equipment, conceding only GE.

As for ABB, sale of power grid business will deprive corporation about a quarter of profit. After closing of the transaction the company will focus on robots and industrial automation.[2]

Construction for $150 million factory where robots will assemble robots

At the end of October, 2018 ABB announced construction of the enterprise on which it is going to use robots for production of other robots. Investments into the project will make $150 million.

The new production center nearly 7 thousand square meters which the company builds in Shanghai should earn by the end of 2020. It is said in the statement of ABB that this object will unite digital technologies, robotics and innovative researches in the field of artificial intelligence, said in the message of the company. New types of robots will work at the enterprise, their actions will be monitored by people.

The plant will make products both for the market of China, and for export to other countries of Asia. China is the second in value market for ABB after  the USA.


The Chinese organizations and the enterprises even more often add to the arsenal robots as salaries grow in the country, preventing Celestial Empire to compete with the states offering cheaper production services. In this competitive struggle automation plays very large role. Every third robot sold in 2017 in the world went to China; it is about sales of 138 thousand units, reported in ABB. 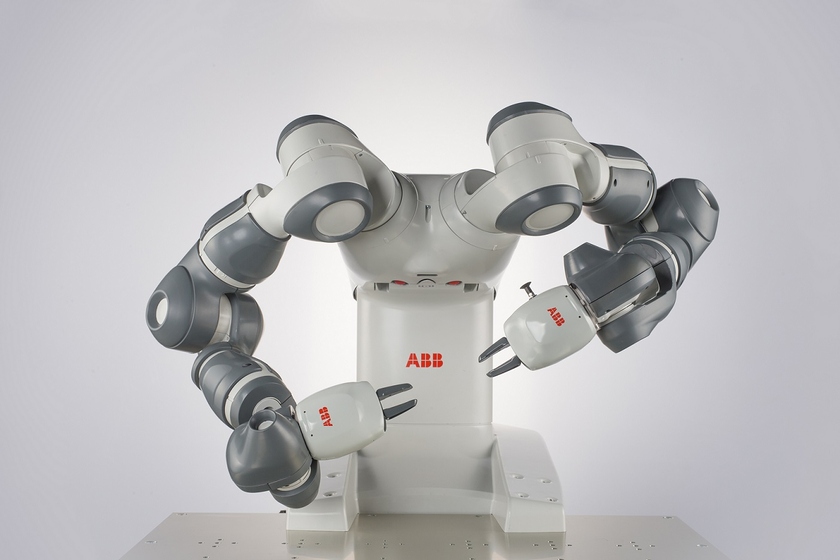 The company ABB creates robots who are among other things used for assembly of cars and electronic devices. At the Shanghai robotic factory it is going to manufacture the equipment intended for a wide range of the industries.

By the end of October, 2018 robots replace people with more than 2 thousand jobs at the ABB enterprises in China.[3]

In May, 2011 the ABB company purchased Mincom at Francisco Partners investment fund to expand a portfolio of software solutions and to strengthen the leader's position in the market of technologies and services for enterprise asset management (EAM).