Federal State Unitary Enterprise VEI from the moment of the organization in October, 1921 traditionally performs the researches on the main directions of electrical equipment and power electronics.

Federal State Unitary Enterprise VEI has the status of the State scientific center of the Russian Federation. It performs application studies on the equipment of high and extra-high voltages, electrophysics problems, physics of gas discharge of plasma, pulse electrophysics, solid state physics, circuit engineering, superconductivity and some other the scientific and technical directions.

2014: Rosatom will save Federal State Unitary Enterprise VEI from ruin

In November, 2014 Rosatom published the draft of the decree of the president according to which state corporations should carry over two subordinated Federal State Unitary Enterprises Ministry of Education and Science:Vserossiysky elektrotekhnichesky institut imeni V. I. Lenina (Federal State Unitary Enterprise VEI) and "Experimental plant of the All-Russian electrotechnical institute ("VEI experimental plant").

In the explanatory note to the draft of the decree it is noted that both enterprises have long history and extensive experience of cooperation with the enterprises of nuclear sector in electrical equipment. In particular, they cooperate with Rosatom in such directions as development, delivery, diagnostics and repair of the electrotechnical equipment on the operating NPPs, development of the superconducting limiter of short-circuit currents within the Superconductor Industry project, certification of the high-voltage electrotechnical equipment.

Besides, the enterprises perform development, production and delivery of prototypes of one of subsystems of the world's largest UFL-2M laser machine created in Russia which start is planned for 2019. Installation will receive 192 laser channels and will occupy the area comparable with an area of two football fields, and its height in the highest point will reach the sizes of the 10-storey house. 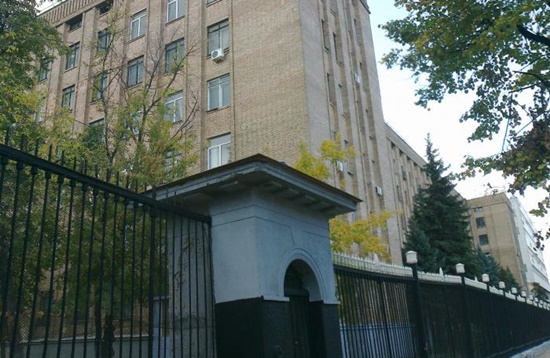 Federal State Unitary Enterprise VEI - one of the electrotechnical enterprises, oldest in Russia

It is offered to transfer these federal state unitary enterprises to the jurisdiction of Rosatom in connection with their adverse financial position. Earlier, in particular, the question on bankruptcy of Federal State Unitary Enterprise VEI at a meeting of the Government commission on ensuring implementation of measures for warning of bankruptcy of the strategic enterprises and the organizations was considered. According to the decision of the commission to Minobrnauka suggested to take measures for recovery of solvency of the organization and to consider inexpedient filing of application in court about recognition by her bankrupt.

In Rosatom believe that transfer Federal State Unitary Enterprise VEI and "VEI experimental plant" in its maintaining will allow to create the independent business direction in a nuclear and weapon complex on production of other products in the Electrical equipment direction, to create the finished technology chain from development of the equipment before creation of prototypes and their transfer on the serial enterprises, to increase efficiency of use of scientific potential and property complexes of the enterprises, etc.

After entry of the enterprises into the structure of Rosatom they are going to be integrated in one legal entity, to optimize number, having excluded duplicative divisions and also to optimize the occupied spaces and to resolve issues on non-core assets, said in explanations to the draft of the decree.