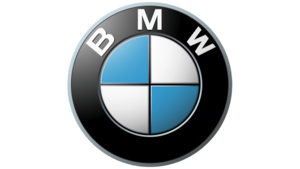 In the middle of June, 2020 announced BMW reduction of 6000 jobs. For the company this measure became forced because of a collapse of car market which occurred after the outbreak of a coronavirus of COVID-19 worldwide.

According to the statement of the German auto giant, the company approved all undertaken measures with trade union representatives. Reduction of positions will include settling with workers who soon had to retire, and not prolongation of provisional contracts. Nevertheless, BMW promises to select a financial support to the young people who lost work. It is supposed that they will be able to get full-fledged higher education, and upon termination of it the workplace on carmaker will be guaranteed. 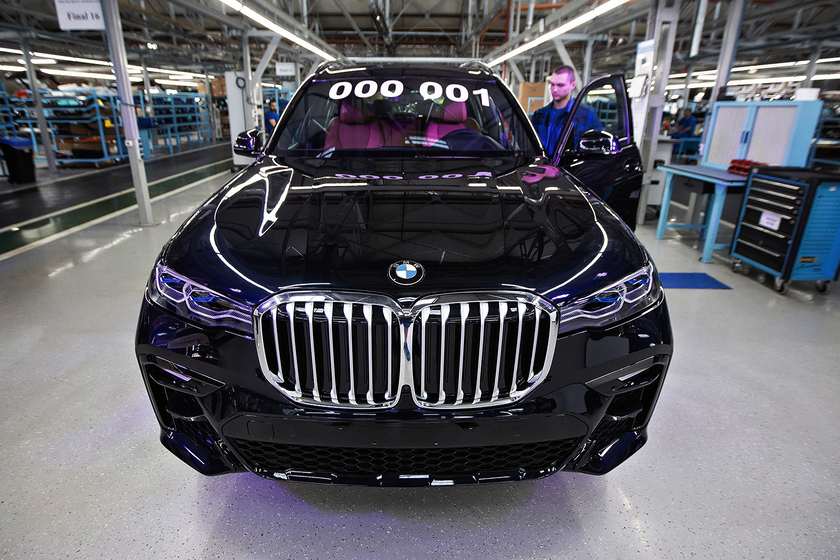 BMW dismisses 6 thousand employees because of crisis at car market

Dismissal covers slightly less than 5% of the total number of personnel of BMW which is 126,000 people. As a rule, about 5000 employees leave the company every year, a half of which retires, but now these changes have pathological character. Analysts note that this largest reduction of labor power of BMW since 2009.

Earlier the carmaker tried to cope with crisis by means of other measures, such as use of early retirement and reduction of number of working hours. A number of vacant posts will consign to the past forever, however BMW will continue to invest means in training and promises to employ 1200 listeners in 2020 and 2021.

Against the background of koronavirusny crisis and reductions of BMW also suspended cooperation with Mercedes-Benz in the automated driving.

Investment into the developer of processors for AI of Graphcore

In December, 2018 about $200 million investments became known of attraction of processors by the developer for Graphcore AI-applications. According to the results of this round of financing the company was estimated at $1.5 billion. Invested such large companies as Microsoft, BMW, Dell and Samsung Electronics in Graphcore. Read more here.

The BMW company in January, 2018 announced record sales in 2017 against the background of great demand for the sports cars.

According to forecasts of BMW, sales to the company will continue to grow during 2018 while the main attention will be paid to profitability.

For comparison, sales of cars of the Mercedes brand increased in 2017 by 9.9% to 2.29 million that allowed it to win first place in the global rating of sales of luxury cars the second year in a row.

In turn, registration of new cars of bonus division Volkswagen Audi grew by 0.6% to record level in 1.88 million sold cars. At the same time the surge in sales of Audi was noted in December, 2017 century China.[2]

Start of the plant on cow manure and a chicken dung

In November, 2017 the BMW company announced start of the plant using cow manure and a chicken dung.

The unusual environmentally friendly power source began to be used at the BMW enterprise in the South African Rosslin. The head of department of  purchases Markus Duesmann told about it at a conference on  climate of the United Nations which took place in  Bonn (Germany). 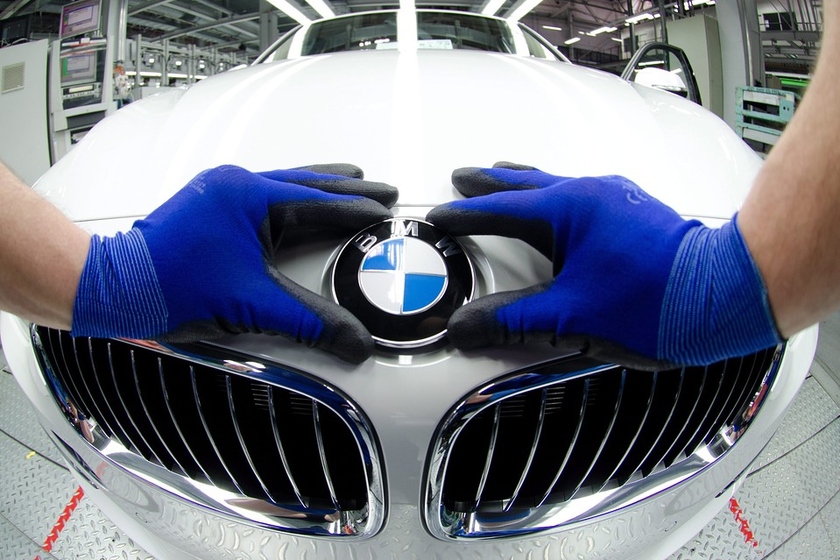 The principle of processing of animal excrements in the energy used on production of cars in BMW was not disclosed. Markus Dyunman only noted that this project became a part of plans of the company for transfer of the plants only on renewable sources by 2020. 63% of the electric power of the enterprises of concern were come to the end of the 2016th on them.

As notes Bloomberg news agency, in  practice plans of BMW mean that the company will have to find sufficient capacities of renewable energy sources to provide the enterprises with the energy equivalent to requirements about 220  thousand apartment houses, proceeding from annual electricity consumption in 1 TVT.

The BMW plant in Leipzig (Germany) eats from wind generators, and in Spartanburg (USA) — from the methane produced on a nearby polygon of garbage waste.  By November, 2017 at the auto giant 31 production sites in 14 countries of the world are deployed.

In a conversation with Bloomberg the director of development of a sustainability strategy of BMW Jury Witschnig reported that for accomplishment of the plan for increasing use of renewable sources the company will sign more agreements with suppliers of solar energy. Within such transactions power supply systems which can also become a basis for long-term contracts on future projects will be developed for the BMW enterprises jointly, Witschnig noted.[3]

BMW will construct automobile works of a full stroke in Russia

Management of the German carmaker BMW made the decision to construct the assembly enterprise of a full stroke in Russia. About it with reference to the sources close to company management, Vedomosti writes in October. As the main option of placement of production the special economic zone in the Kaliningrad region is considered.

In the comment the senior vice president of BMW Hendrik von Kuencheim actually confirmed to the edition existence of similar plans. "The company is going to increase production localization level. In Russia there are several process areas where release cars, including the Moscow, Kaluga, St. Petersburg, Kaliningrad regions. We analyzed all locations and now we are in a decision-making stage. This process will take several weeks or months" — he said. It is supposed that investments into the new plant will make several honeycombs of millions of euros.

The fact of subject negotiations with BMW on construction of the enterprise was confirmed also by the governor of the Kaliningrad region Anton Alikhanov. "We as the region were in Munich, already I personally — two times. They came to us. We have a working group, we study already parts" — Alikhanov (the quote by RNS) told.

So far BMWs are issued in the country only by a SKD method at capacities of Kaliningrad Avtotor. At future enterprise of a full stroke it is supposed to adjust welding and coloring of bodies, first of all. Production capacity will become comparable to the sales volume of cars of the brand in Russia. At the end of 2016 this indicator was 27.5 thousand machines. In BMW expect that in 2017 the Russian market will grow by 15%, the CEO "noted BMW Group Russia" Maksimilian Kellner.

Investments into construction of the plant of bonus Mercedes SUVs will make not less than 15 billion rubles. With reference to the press service of Minpromtorg writes about it in February Interfax. Such digits appear in the special investment contract signed by the authorities of the Russian Federation and Moscow area and also Russian "subsidiaries" of the German carmaker Daimler and their partner in the KAMAZ project.

Wolfgang Schlimme, the CEO of BMW Group Russia, said: "Last 2013 became for BMW Group Russia extremely successful. We exceeded planned targets both in an automobile segment, and in motorcycle. I want to thank our clients, dealers and all partners for loyalty, love to a brand and good work. I with confidence can tell that the Russian premium market meets our expectations and shows the excellent potential of further growth".

The overview of sales BMW Group Russia from January till December, 2013

Consecutive development of dealer network is one of priority tasks of BMW Group concern Russia. By 2014 the company contains 63 dealer centers BMW Group in 39 cities of Russia from which 59 – BMW, 17 – MINI, 17 – BMW Motorrad.

On December 5, 2013 the first dealer center BMW, BMW Motorrad of Modus company in Sochi was open. It is the fourth, opened within cooperation BMW Group Russia and Modus companies. Available center more than 50 BMW cars of a different complete set, 7 motorcycles and 9 demoavtomobily.

On November 22, 2013 in Volgograd the new dealer center BMW of Bavaria Motors company opened. Its total area is 2,583 sq.m. In BMW and BMW Motorrad salon the complete lineup of cars and the BMW motor-equipment is provided.

On April 25, 2013 the first official salon BMW Motorrad of AVTODOM company was open in St. Petersburg. In the showroom of 300 sq.m all lineup of new motorcycles and maxi - BMW Motorrad scooters is provided. The dealer centers BMW Group in Russia provide to clients a full range of services in sale and the subsequent service of cars, offering the highest level of service.

Opening of the new social BMW Group project Russia — Junior Campus — education center on road security for children from 5 to 10 years became one of the events of 2013, major for the company.

The main task of the project which does not have analogs in Russia is increase in safety of the least pedestrians. Visiting Junior Campus, they will be able to learn more about the movement in the city and about the basic rules of behavior on the road.

Cultural communication — an important component of strategy of BMW Group. In 2013 Russia continued by BMW Group long-term cooperation with the State academic Bolshoi Theatre. The company also supports the creative projects contributing to the development of the modern art.

The company for all year traditionally took active part in sports life of Russia. The BMW Golf CUP International tournament which took place in the summer 2013 once again became an important event for admirers of this sport.