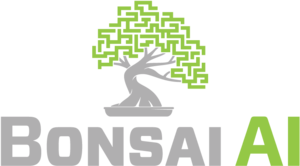 Bonsai — the American startup founded in 2014 specializing in artificial intelligence technologies. The company develops so-called training with a reinforcement — some kind of trial and error method in training of systems within modeling. By June, 2018 in Bonsai 42 persons work.

One of achievements of Bonsai is programming of the industrial systems so that they could study 45 times quicker in comparison by DeepMind technology  from  Google. Such indicator is reached on the example of a robotic hand which was trained in movements by means of modeling of situations.

Also Bonsai provided by 30 times the accelerated training of specialists of Siemens in automatic calibration of machines with numerical control of rather traditional methods, said in the publication in the blog of Microsoft of June 20, 2018.

In June, 2018 Microsoft announced Bonsai purchase. The financial component of the agreement of the party was decided not to be opened.

According to the corporate vice president for AI business of Microsoft Gurdeep Pall, Bonsai offers faster method of creation of the "brains" necessary for robots and other autonomous systems. The startup introduces new approach to use of machine learning which "abstracts low-level mechanics" this method of artificial intelligence, he noted.

Bonsai is already familiar to Microsoft. In 2017 M12 venture capital company belonging to Microsoft invested in developer AI. The cofounder and the head of Bonsai Mark Hammond worked in division of Microsoft Research.[1]