Center of geodesy, cartography and infrastructure of space data

The structure subordinated to Rosreestr specializing in state services, research and ROC in profile area on tasks of the state.
Owners:
Federal cadastral chamber of Rosreestr

Federal State Budgetary Institution Federal Scientific and Technological Center of Geodesy, Cartography and Infrastructure of Space Data (The center of geodesy and cartography) was created according to the order of the government in February, 2013 by conversion of Federal State Unitary Enterprise Central Kartografo-geodetic Fund. Functions and powers of the founder of the center were assigned to Rosreestr.

The center of geodesy and cartography was created for rendering public services, accomplishment of research and development in the field of geodesy, cartography and infrastructure of space data of Russia according to the state task.

The organization structure of the Center includes 8 managements and 22 regional departments. For April 1, 2014 the number of employees of organization was 417 people.

In August, 2014 the Accounts Chamber reported that Rosreestr did not provide due control of activity the Center of geodesy and cartography: according to the results of scheduled inspection in it violations for the total amount of 57 million rubles were revealed.

According to auditors, in particular, the Center did not provide timely reconstruction of starting point of the state gravimetric network which is carried out within the FTP "Maintenance, development and use of GLONASS system for 2012-2020" with a capacity of capital investments of 30 million rubles.

The conclusion the Center of geodesy and cartography of large deal on delivery of a computer hardware to the amount of 18 million rubles became one more violation, according to Accounts Chamber, "passing necessary approvals of Rosreestr". According to the uniform portal of state procurements, signed this contract Center at the end of 2013 with Ouch Ti Al company. The main part of delivery was made by the PC, LCD monitors, servers and a storage systemof HP. 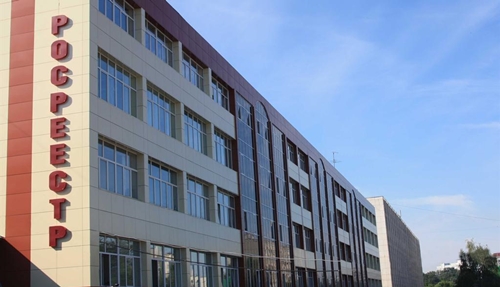 Rosreestr monitored activity of the Center of geodesy and cartography insufficiently, auditors consider.

Also not completely - for 92% - the state task on maintaining federal and territorial kartografo-geodetic funds was executed. The Accounts Chamber connects it with what was not provided required materials and data of kartografo-geodetic fund from Northeast Aero Geodesy and Seaside AGP joint-stock companies (in the past also being the enterprises subordinated to Rosreestr).

Among other violations which were revealed by check - violations of regulations of the current legislation when accounting. So, the balance sheet of organization for January 1, 2014 was false: its indicators significantly disperse from indicators of the ledger and data of other bookkeeping registers. According to auditors of Accounts Chamber, the balance in cash of the Center for July 19, 2013 in balance is specified by 4 times the smaller size, than it is considered in the ledger.

The Accounts Chamber notes that cash transactions of the Center of geodesy and cartography were conducted with gross violations of regulations on an order of conducting cash transactions. Besides, the Center does not implement the actions plan approved by Rosreestr for elimination of the notes revealed at delivery of annual accounting records for 2013.

Due to the revealed violations the Accounts Chamber made the decision to direct submissions to Rosreestr and the Center of geodesy and cartography, the information letter to the Ministry of Economic Development and also the report in the State Duma and the Federation Council.