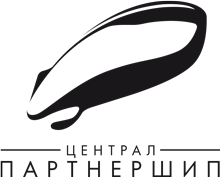 The Russian film producer and the distributor is right
Owners:
Gazprom Media Holding

2012: Reduction of revenue the second year in a row

At the end of 2012 the film company "Central partnership" (TsPSh), the most profitable business of ProfMedia holding, lowered revenue again: if in 2011 the income of the major decreased by 24%, then in 2012 — for 6% up to 3.7 billion rubles. First of all it is connected with shift of several large projects of the company, explains a source in ProfMedia: Channel One later, than it was planned, will show several big-budget series made by TsPSh, and CTC — the movies of DreamWorks Animation purchased with mediation of this company. On this TsPSh lost 600 million rubles payments which should receive in 2013. And rolling business of TsPSh showed not the best results because of postponement for 2013 of several large premieres of partners (first of all to Paramount studio) and unsuccessful Russian projects — as a result charges of the pictures rolled by TsPSh in 2012 fell more than on a third[1].