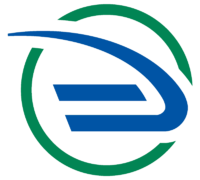 Daily about 1.6 million people use services of JSC Centralnaya PPK.

The company performs transportation and service of passengers, renting the rolling stock at Russian Railway. As of 2013 in lease at Central PPK there are 402 electric trains, (including 11 interregional expresses, 23 regional trains of the increased comfort and 16 trains "Sputnik") and also 31 rail buses and 44 railcars.

TsPPK is one of the few operators of electric trains who get profit. In 2011 made 4.7 billion rubles. Partially such result is explained by a high passenger traffic in the region, partially - federal subsidies. In particular, all PPK pay for use of the Russian Railway of infrastructure only one percent from a rate, and other costs are compensated from the budget.

In December, 2012 it became known that the Moscow budget and RUSSIAN RAILWAY will be selected by more than 85 billion rubles for development of infrastructure of suburban passenger traffic in 2012-2020. The relevant agreement, as reported in the press release of the government of the capital, was signed by the head RUSSIAN RAILWAY Vladimir Yakunin and the mayor Sergey Sobyanin.

According to RIA Novosti, at a signing ceremony Sobyanin said that funds will be allocated for "the most first-priority, hot directions". In particular, investments will go for construction of new main ways on the Kursk, Savelovsky, Kazan, Yaroslavl and Gorky directions[1].