250px
the Ministry of Telecom and Mass Communications and the Ministry of Finance on 33.825 million rubles. As explained in the company, it intends to recover from the ministry a debt of recently liquidated Federal agency on information technologies Rosinformtekhnologiya

JSC Central Telegraph, TsT - the Russian operator of fixed connection. Recently broadband Internet access in which the company is engaged under the Qwerty brand (by assessment AC&M-Consulting, in April occupied 6% of the Moscow market on number of users) was the core core business of TsT. The company provides high-speed Internet access, data services, the organization of corporate networks, services of lease of channels, services of documentary telecommunication, connection of ATMs and pos-terminals, the organization of communication channels for the systems of telemetry, security and fire-prevention alarm. The quality management system created at the enterprise conforms to requirements of GOST P ISO standard 9001:2001 in relation to services of telecommunication since 2003.

The Tsentel company is engaged in creation in Moscow of a single broadband network of access based on Ethernet to Home/Metro Ethernet technologies and provides to the subscribers services of high-speed Internet access. Today the company services more than 20 thousand subscribers in ten districts of the capital. Monthly not less than two new areas join network, and only for last year the number of subscribers of network grew up more than by 5 times.

2019: Rostelecom sold the building of the Central telegraph for 3.5 billion rubles

On September 11, 2019 Rostelecom announced sale of the share in the building of the Central telegraph in Moscow. The bargain worth 3.5 billion rubles was concluded with one of the largest owners of office real estate of a class A in the capital. According to Interfax, it is about O1 Properties company. 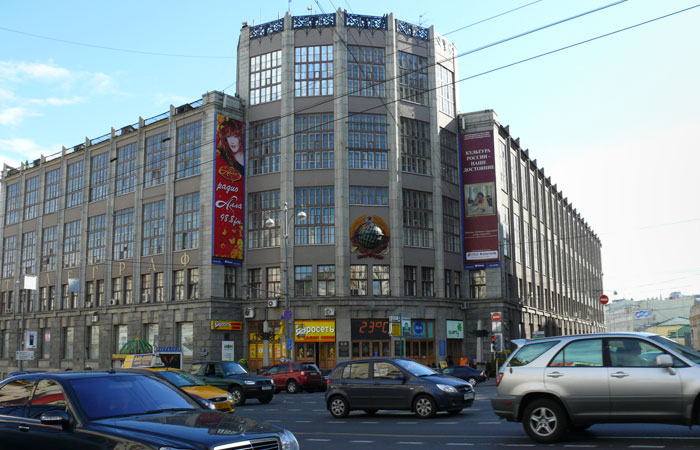 The premises belonging to PJSC Central Telegraph, subsidiary company of Rostelecom in the building to the address Moscow, Tverskaya Street, 7 with a total area of 35 198,7 square meters, and the parking adjoining to it are sold by one of the largest investment companies for 3.5 billion rubles

The price of the sold premises was determined taking into account results of the independent assessment which is carried out "By Ernst & Young there is assessment and consulting services" and also expert opinions of the largest broker companies.

For ensuring transparency and the broadest access to biddings of potential participants the platform Sberbank-AST was selected and also the leading consultants for involvement of potential buyers — CBRE, Colliers International, Cushman & Wakefield, JLL, Knight Frank and PwC are involved.

On the announced open auction one request arrived, the purchase and sale agreement is signed with the only participant. The applicant who submitted the application was recruited in an auction by the consultant of PwC.

The president of Rostelecom Mikhail Oseevsky, commenting on the transaction, noted that she was imprisoned within the program of optimization of a real estate portfolio.


By September 11, 2019 Rostelecom has about 20 thousand objects with a total area more than 8 million square meters. With the population more than 100 thousand people, including Moscow and St. Petersburg, are in the cities slightly less than a half of all areas.[1]

On December 19, 2018 Rostelecom announced closing of the transaction on sale the office and technology building of the Central telegraph in Moscow for 2 billion rubles. The name of the buyer is not told, but RIA Novosti with reference to a source, close to the transaction, reports that the real estate is sold to development company First which since 2010 builds low and individual rise houses, an also townhouses.[2]

At the same time Kommersant with reference to the informant writes that the building of 12 thousand square meters in Nikitsky Lane at the Kremlin was transferred to fixed assets to under control structure of Rostelecom — Telecom-5 LLC. According to the edition, the technical transaction does not exclude further sale of an object, the main applicant for which, according to the newspaper, is Capital Group of Pavel Tyo. 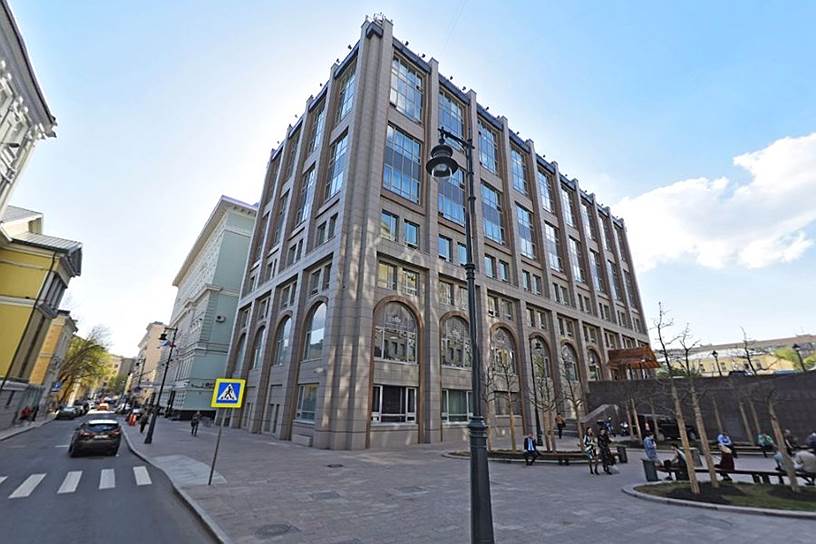 According to the Vedomosti newspaper, an object  was sold  on the open auction organized on Sberbank-AST marketplace

The leading lawyer of practice of the property and obligations relations of NYuS "Amuleks" Yulia Makarova explained to Kommersant that need to sell the new building of the Central telegraph at biddings it was not initial. The company wanted to show transparency and efficiency, but not just accurately legislatively set requirements, she noted.[3]


By the end of December, 2018 Rostelecom owns the real estate on  20,770  objects with a total area more than 8.3 million square meters. In October, 2018 Rostelecom sold the historical building in St. Petersburg  — the former Management of the landline phone and telegraph on Pochtamtskaya Street.

The building of the Central telegraph is offered for sale

Subsidiary of Rostelecom sells in August, 2018 the seven-story office building with a total area of 12 thousand sq.m for 2 billion rubles. The object offered for sale was constructed in 1978. It is located at the address: Nikitsky Lane, 7, building 1., in the neighbourhood with the historical building of the Central telegraph

"The building of Central telegraph in Nikitsky Lane will be sold on the open auction organized on Sberbank-AST marketplace with participation of the largest consultants for involvement of potential buyers on an asset, such as Colliers, JLL, Knight Frank, Cushman & Wakefield, CBRE, Kalinka Group", - the vice president, the administrative director of Rostelecom Dmitry Kurakin told.

The auction participation application can be submitted from August 23 to November 12, 2018. Consideration of requests will end on November 14, and biddings will take place on November 15, 2018. The bid increment will make 0.5% of the starting price of lot, or 10 million rubles. The amount of tender security (deposit) on the platform will be 150 million rubles.

In documentation attached to the procedure it is specified that after its sale Rostelecom, its child structures (Centre hraneniya dannykh LLC and RTK Informatsionnye tekhnologii LLC) and other companies will continue to rent a half of total area of the building.

In 2017 it became known that Rostelecom intends to offer for sale the building of the Central telegraph on Tverskaya Street in Moscow. The head of the telecom operator Mikhail Oseevsky told about it in an interview of RIA Novosti. Let's remind, the historical building is an object of cultural heritage of regional value.

"We with other shareholders already agreed upon the Central telegraph and made the decision that we will bring technology equipment out of the building. Over time we will separate the company into two directions — operational and real estate holding. Also we will decide on the future of this building" — Oseevsky noted.

Potential buyers of an object already are, he added. "To us a number of large players at whom is vision of what with it can conceptually be made came. Among the heard offers — creation of a modern multifunction complex which will include both trade zones, and hotels, and apartments, and restaurants" — the head of Rostelecom told. Specific terms of sale of the Central telegraph, according to him, are not determined yet.

So far in this building the Ministry of Telecom and Mass Communications of the Russian Federation is also located. However in media messages that the ministry together with two other federal will move to MMDTs "Moscow City" already appeared. The AHML began preparation for the redemption for these purposes of 75 thousand sq.m of office space in a tower "IQ quarter", Kommersant reported at the end of August.

September 30, 2010. Central telegraph submitted to Arbitration court of Moscow a claim to the Ministry of Telecom and Mass Communications and the Ministry of Finance on 33.825 million rubles. As explained in the company, it intends to recover from the ministry a debt of recently liquidated Federal agency on information technologies (Rosinformtekhnologiya) on the rent in three years. The agency occupied the premises in the building to the address Tverskaya St., 7 belonging to Central telegraph and as speak in the company, during the whole time of the existence evaded[4] from signing of the contract of lease]. 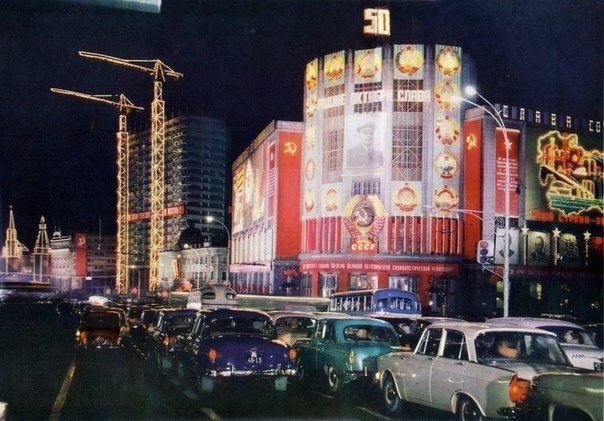