China Telecom is the Chinese state telecommunication company, she is the largest telephone operating company and the third largest cellular operator in China. In Russia the China Telecom branch is also open.

Business of China Telecom in Russia

Start of the communication center in Moscow

China Telecom (Europe) of Ltd (CTE) announced on December 18, 2019 that it started the communication center in Moscow. CTE, the European division of China Telecom, is going to implement a creation initiative, joint with the Russian business, of "A digital silk way" — the high-quality and high-speed managed communication network distributed broadband in Europe and Asia.

The purpose of an initiative is overcoming geographical and commercial boundaries between China, Europe, Central Asia and North Africa. Development of B2O-, B2B-, B2G-of projects and affiliate programs also is a part of strategy implementation.


It is supposed that DataSpace will provide base for crucial IT infrastructure and telecommunication assets of the Chinese, Russian and international companies.

One of the largest operators China Telecom of China opened in September, 2019 office in Vladivostok. The company is going to expand the customer base in B20, B2B, B2G segments and to develop the projects in the directions of the smart city, digital state, IoT, the smart house, etc. Experts insist that it is necessary to save digital sovereignty and to implement projects on construction of information infrastructure, giving a priority to partnership with domestic telecom operators, data centers and service providers.


According to the deputy CEO of China Telecom (Europe) Yu Yuan, the company accumulated rich practical experience in implementation of large projects in the directions of the smart city, digital state, IoT, the smart house, etc. "China Telecom also actively participates in construction of "A digital silk way". Gradually the broadband, multi-address, high-quality managed communication network of Eurasia forms. Russia is one of the closest countries of the project. We hope to share opportunities of digital, network and intellectual development with the Russian Government and the enterprises jointly to construct "A digital silk way" and to share fruits of digital economy", - Yu Yuan commented on an event.

Business of China Telecom in the world

2020: China Telecom opposed prohibition on work in the USA

The American division of the Chinese state telecommunication company China Telecom urged the Federal commission on communication of the USA (FCC) not to revoke in the summer of 2020 the license for providing the international telecommunication services by the company in the United States, local mass media reported.

The U.S. Department of Justice and other departments in April appealed to FCC about a withdrawal of permission of China Telecom (Americas) for work in the territory of the USA, referring to reasons of national security.

China Telecom called these claims "unreasonable" and stated that FCC should not refuse to it the right to work in the United States "only on the basis of foreign policy reasons in the absence of any concrete proofs of illegal behavior".

On September 17, 2018 the China Telecom company announced start of tests of 5G network in 17 cities of China. According to the company, measures are directed to acceleration of full start of commercial use of technology to the People's Republic of China. Terms and the cities of carrying out test start for September, 2018 are not specified.

According to the top manager, China Telecom is also going to create the innovation centers 5G for acceleration of research and development in the field of communication technologies of the next generation. In plans at China Telecom - to perform full-scale commercial start of technology in China by 2020.[2]

2017: Expansion of strategic partnership with Orange Business Services in the field of IoT

The international service provider Orange Business Services and telecommunication operator China Telecom of China announced at the beginning of July, 2017 expansion of strategic partnership in the field of Internet of Things (IoT). Joint efforts of the company expect to render services to the corporate customers in Asia, Europe and Africa at once. As envisioned by partners, clients both China Telecom, and Orange working at different continents will be able to unroll the networks of Internet of Things and M2M (Machine-to-Machine) in networks of other operator. In more detail about it it is possible to read in the questionnaire of France Telecom Orange company.

2015: Charge of the head of corruption

At the end of December, 2015 the Chinese authorities accused of the Chang Xiaobing corruption, the head of the state mobile operator China Telecom — the third in size a subscriber base in Celestial Empire. Against the background of the burst scandal of quotation of telecommunication company fell.

According to the Bloomberg agency with reference to the statement of anti-corruption division of the Communist Party of China (Central Commission for Discipline Inspection), Chiang Syaobin is suspected of severe disciplinary violations, including of corruption. The special commission of the Communist Party began investigation which parts are not disclosed. Based on checks the decision on case referral to judicial authorities will be made. 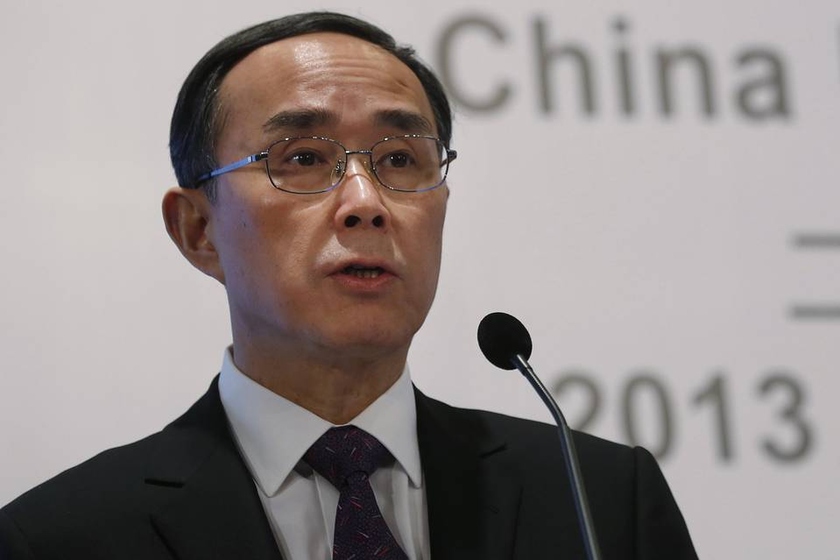 The nature of charges of the head of China Telecom is not specified. It is known that the authorities of Celestial Empire were going to integrate this the companies with other large mobile operator — China Unicom which was directed earlier by Chiang Syaobin. According to media, investigation belongs to  the period of its work in  China Unicom.

China Telecom confirmed that Chiang Syaobin is under examination, however noted that the company continues work in the normal mode. This statement did not calm investors: On December 28, 2015 stocks of the operator at the exchange in Hong Kong went down in price for 3%, and according to the results of biddings recession was 1.6% in comparison with December 25.

With  coming to power in  2012 of the Chinese President President Xi in the country the large-scale campaign for   fight against corruption began. In 2015 it was arrested several high-ranking officials and entrepreneurs. So, in October the former head of the China National Petroleum Company oil and gas company, largest in China, Jiang Zemin was sentenced to 16 years of imprisonment for taking of a bribe and abuse of power.

In 2014, according to the Supreme national prosecutor's office of China, more than 4 thousand government employees were taken to court and found guilty of bribery and embezzlement.[3]