In the summer of 2009 the enterprise was a part of Rostec.

The traditional direction of the enterprise since 1960 – devices of industrial automatic equipment.

Since 1997 at the enterprise several new directions of development and production are created:

In 2012 there took place arrest of the former director of Circuit Igor Itkin of suspicion of abuse of authority which led to heavy effects. On materials of investigation, TPO "Circuit" which it directed in 2000-2011 multimillion damage was caused.

In an analytical note which Rostec extended after initiation of proceedings, it was said that Circuit was in complete financial dependence from Stack company which co-owner was Itkin.

During judicial proceedings Igor Itkin partially admitted the guilt in waste of means of Circuit.

In March, 2013 the Tomsk arbitration court according to the statement of TGC-14 declared Circuit bankrupt and opened bankruptcy proceedings. Followed from the financial analysis brought into court by the receiver that the total cost of assets of the debtor was 937.02 million rubles, the size of requirements of creditors - 530.7 million rubles So asset cost was sufficient for a covering of obligations to creditors and court costs.

On September biddings then two land plots in the center of Tomsk with a total area of 13,205 sq.m, administration and production rooms — nearly 20,000 sq.m and the equipment with an aggregate starting value of 310 million rubles were exposed.

In the fall of 2013 the term of bankruptcy proceedings was prolonged in the claim of the persons participating in case.

In March according to the petition the court prolonged the term of bankruptcy proceedings concerning Circuit for six months again - from March, 2014 to September, 2014.

In July, 2014 the court appointed the new receiver on insolvency proceeding of Circuit because it previous asked to discharge itself of this position at own will. 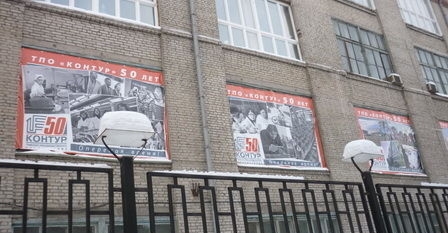 Terms of bankruptcy proceedings in the relation Circuit repeatedly lasted.

In determination of court it is about it said that based on inventory the debtor at balance for this moment has a property worth 486.7 million rubles. The last biddings selling real estate were recognized cancelled earlier, repeated bids are invited for October 20.

According to preliminary data the investigations, during the period from February, 2008 to March, 2013 the unidentified persons responsible for accounting and financial and economic activity of the company, made the deliberate actions which are obviously attracting inability of TPO "Circuit" in full to meet requirements of creditors for monetary obligations and to fulfill a duty on payment of obligatory payments. It they caused major damage to creditors of TPO "Circuit" for the total amount about 690 million rubles.

As a result of these actions in March, 2013 on the basis of the decision of arbitration court of the Tomsk region concerning TPO "Circuit" the procedure of bankruptcy proceedings which entailed bankruptcy and the subsequent liquidation of this organization was entered.

According to investigation department, as of the end of 2014 the investigative actions directed to collecting and fixing of evidentiary base on this case are carried out and its investigation continues.