SberCloud (Oblachnye tekhnologii LLC) is the cloud platform of Group Sberbank providing services based on IT architecture of the largest Bank of Russia, the CIS and Eastern Europe. Infrastructure, information technology platforms and services of SberCloud are a basis of a digital ecosystem of Group Sberbank.

Cloud role in an ecosystem of Sberbank

SberCloud is a cloud platform of Group Sberbank which provides services based on IT architecture of the largest Bank of Russia, the CIS and Eastern Europe. Infrastructure, information technology platforms and services of SberCloud are a basis of a digital ecosystem of Group Sberbank and also are provided to external clients – the companies and the state organizations. 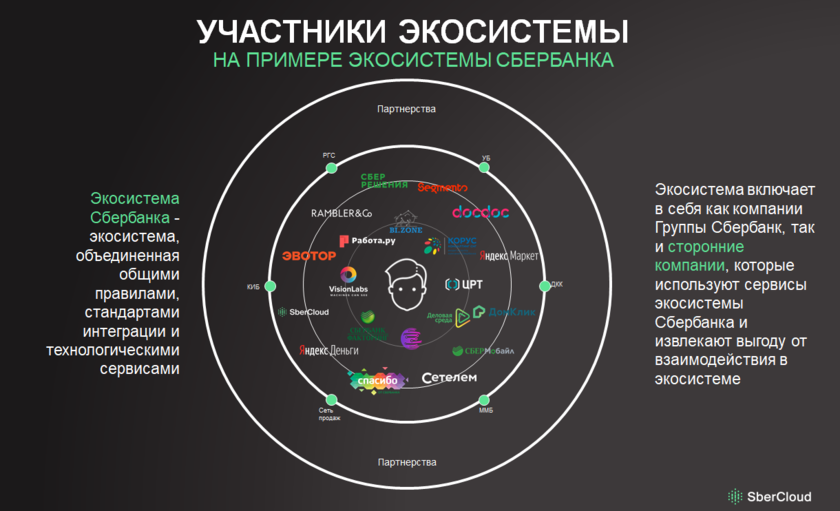 Cloud role in an ecosystem of Sberbank - SberCloud

Opportunities and ways of use of artificial intelligence in production companies will become a discussion subject within the section "IT in the Industry" on [1] TAdviser SummIT 2019. The director of business development in a public sector of SberCloud company Kayumov Shamil will tell participants of a forum as to the enterprises to upgrade production and to avoid big costs due to implementation of modern IT and why it is more profitable to work in "cloud" for the company, than to contain own infrastructure.

Digitalization of a manufacturing sector in Russia by 2025 will be able annually to increase the volume of GDP of the country by the amount from 1.3 trillion rubles to 4.1 trillion rubles. According to the research McKinsey Global Institute, use of digital technologies will increase performance of the enterprises by 45–55% and also will reduce product yield terms by the market for 20–50%.

According to Shamil Kayumov from SberCloud, high degree of depreciation of fixed assets becomes more and more server problem for the enterprises and they need upgrade of industrial productions, at the same time all modern methods of production management are based on IT.

Production management systems - ERP systems and MES systems - can work from "cloud". The SberCloud company provides to clients cloud infrastructure and, thus, production upgrade will be provided, at the same time capital costs will be significantly less than if the enterprise used the IT infrastructure.

Supercomputer Christofari, which Sberbank and SberCloud presented on November 8 at the international AI Journey exhibition, can be a core for creation of completely automatic productions, providing transition to so-called "deserted" technologies.

SberCloud company became the conferee of TAdviser IT Government Day 2019 which passed on October 9, 2019 and was devoted to digital transformation of the state. During the conference experts discussed regulation of turnover of data, creation of IT solutions within the state order and digital development of regions.

The director of business development of SberCloud company Kayumov Shamil took part in the section "Special Order of Creation of IT Solutions within the State Order". On it changes in the laws regulating the system of public procurements in Russia which are necessary for efficient expenditure within implementation of the national project "digital economy" were considered.

The SberCloud company is a solution designer Virtual DPC — cloud infrastructure based on the VMware platform and offers the enterprises and the organizations of public sector computing powers. The company underwent certification by licensors of FSTEC and FSB that confirms compliance of its solutions to the highest security requirements. The virtual DPC of SberCloud guarantees stable work of IT infrastructure of the state organizations in the conditions of peak loads, does not require capital costs and allows to reduce the cost of ownership of IT infrastructure to 30%.

SberCloud aimed at a public sector

In July, 2019 cloud provider of Sberbank – the SberCloud company – presented the specialized cloud infrastructure solution for the state information systems. It is called Gosoblako and, according to statements of developers, corresponds to the first class of security (GIS K1).

Perhaps, the new cloud solution of SberCloud will become a part of the state single cloud platform (SSCP) which is created under the auspices of the Ministry of digital development with the assistance of Scientific Research Institute Voskhod. The new concept of this "state cloud" developed by the Ministry of digital development and earlier sent for consideration in the government assumes that the different entrusted providers of cloud services who underwent accreditation will be able to become service providers within "state cloud". In more detail about the new concept of "state cloud" here. 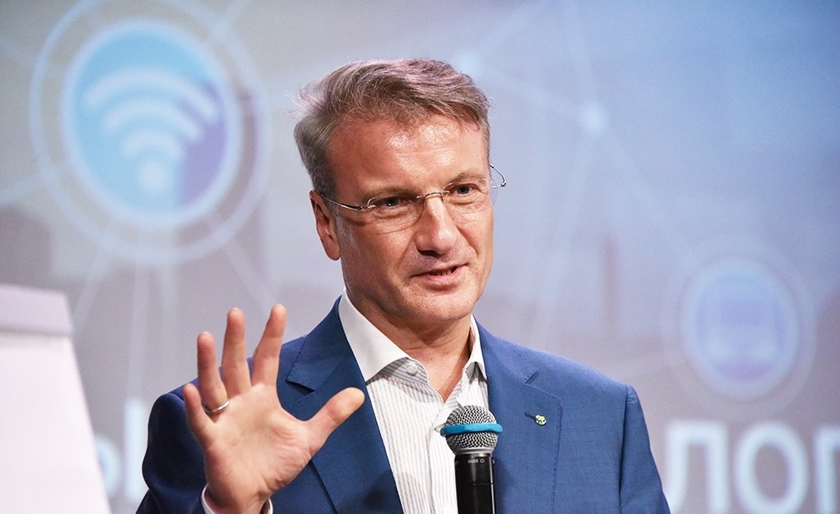 The head of Sberbank German Gref at shareholder meeting at the end of May said that cloud services become one of the most priority projects of bank (a photo - ria.ru)

The CEO of SberCloud Alexander Sorokoumov told TAdviser that the company already cooperates with Scientific Research Institute Voskhod in a dialog format on different questions of creation of the state cloud platform.


According to the Digital Economy national project, for transfer of information resources to a single cloud platform till December 31, 2024 it is going to spend 47.6 billion rubles of which budget financing should make 6.5 billion rubles. The ministry of digital development expects that by 2022 in GEOP 55% of the state IT systems migrate.

According to Alexander Sorokoumov, SberCloud will compete with other suppliers of cloud services due to "quality and the nomenclature of the services".

Examples of the prices of the cloud services for a public sector did not bring into SberCloud. The cost of use of Gosoblak are an integrated indicator, as well as for other types of IaaS-services, Sorokoumov says. It consists of a set of requirements and tasks of the client, the sizes of his IT infrastructure, terms of integration and other factors. Thus, in each case the price is established individually.

On June 6, 2019 the Ivideon company announced conclusion of an agreement with SberCloud (Oblachnye tekhnologii LLC) about joint development and the subsequent commercial system implementation of cloud video surveillance and video analytics under the SberCloud brand. Read more here.

SberCloud and Yadro companies (enters into ICKX Holding) signed on June 6, 2019 the partnership agreement which purpose is creation in Russia of cloud products based on the Russian hardware and software systems optimized under work in private and public clouds. Read more here.

The solution "Virtual DPC" which release took place in the middle of February, 2019 became the first result of work of SberCloud. Virtual DPC is a complex of the virtual infrastructure products including computing resources, storage systems, virtual networks, backup tools and another.

The complex of organizational and technical measures of protection allows to provide to clients the high level of security and protection against relevant cyberthreats according to standards of Sberbank, declare in bank. Reliability and availability of cloud services of SberCloud is provided at the expense of the checked architecture, georeservation, double replication of data, pro-active monitoring and use of the data processing centers (DPC) of Sberbank, including the latest DPC Skolkovo.

Also as of March, 2019 SberCloud offers clients the IoT platform. Sberbank told TAdviser that it includes solutions and developments of IoT laboratory of Sberbank in spheres of Smart office, "The smart quarter" and "The smart city" and also technology partners and equipment suppliers.

Sberbank and I-Teco decided not to create SberCloud "cloud" jointly

Sberbank which was going to develop a cloud platform under the SberCloud brand based on joint venture with I-Teco as a result decided to do it independently based on Cloud computing company. This company for 100% belongs to Sberbank through the legal person "Digital technologies" and Digital assets.


Sberbank also told TAdviser that several divisions of bank – directorate on development of an ecosystem (SberX) and department of infrastructure solutions (SberInfra) are engaged in development of the project.

Formally Cloud computing it was registered in 2016, but about start of a cloud platform of SberCloud which at the time of the announcement was going to be created together with I-Teco, Sberbank announced much later - in April, 2018.

Sberbank told TAdviser that an agreement framework Sberbank reserved all rights to a brand and SberCloud and Sberklaud trademarks. 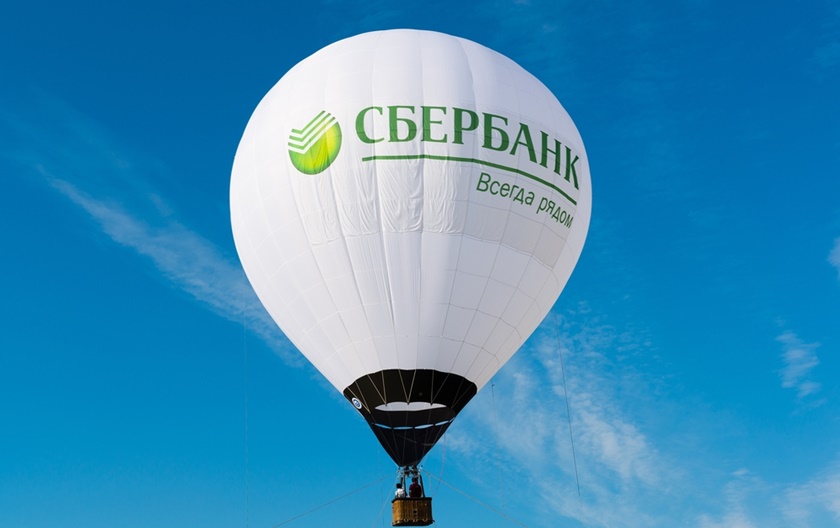 Sberbank will develop SberCloud based on the technologies (a photo - bcn-a.akamaihd.net)

At the same time even in the fall of 2018 in the press release about agreement signature about cooperation of SberCloud with the Ministry of Economy and Trade of Kalmykia Sberbank positioned SberCloud as the joint project with I-Teco. The Sbklaud company - joint venture of Sberbank and Servionika (enters into I-Teco Group) is engaged in its development, it was said in the statement about the planned cooperation in Kalmykia.

Nevertheless, Sberbank remained the financial investor in the company and saved a 21% share in Sbklaud company based on which I-Teco continues to develop the platform of cloud services BusinessCloud. And 79% of the company belong to Servionika.

For what reason Sberbank refused to develop SberCloud within the company, joint with I-Teco, and decided to render cloud services independently, in bank do not explain. The press service Sbklaud told TAdviser that the project took place, and in development of this joint technology initiative a number of the directions was selected. Therefore the decision on more accurate positioning convenient for the market was made.


On the website "Sbklaud", as well as in a case with SberCloud, services of virtual DPC are also provided. Part of them is already available, and a part - is promised to fast emergence. In Sbklaud reported to TAdviser that the project is in an active implementation phase.

Sbklaud in itself at the same time is not the new company: it was formed in 2012 on the basis of development department of cloud services and products of Servionika and carried the name Ay-Teko-Novintekh. According to Contour-Focus base, in 2017 its revenue made about 132 million rubles.

In October, 2018, by data "Contour-Focus", Sbklaud concluded the first in the history government contract. As the customer in him Sberbank acts. The subject of the agreement the amount about 38 million rubles specifies software development. And, judging by information on this agreement on the zakupki.gov.ru portal, purchase was carried out not by one of the most frequent methods like tender or an auction, and "otherwise" within 223-FZ".

Documentation on it on the website of state procurements did not manage to be found. In Sbklaud specified TAdviser that within this agreement successfully executed development of a number of the modules providing interaction of users with the platform and possibilities of its integration with different IT solutions. Sberbank reported that Sbklaud acted as the general contractor within performance of this contract, involving third-party suppliers of IT solutions and contractors to its implementation.

Earlier, in July, 2018, Sbklaud participated in an open competition of Sberbank on rendering services in providing access to object storage where the maximum price of the contract was about 9 million rubles. But the winner selected other company.

In April, 2018 Sberbank and I-Teco signed the agreement on creation of a joint cloud platform of SberCloud. It is supposed that the company will provide cloud solutions for Sberbank and its partners and also for external clients. It was planned that participation of Sberbank in joint venture will make 60%.

Added to the companies that I-Teco already has a strong team, own line of cloud solutions and platforms, a broad spectrum of technology competences which provided the companies leadership in this segment. And consolidation with Sberbank gives the chance to create competitive products and services, allowing the Russian companies to receive "from the socket" the advanced IT services for business performance growth, calculated in I-Teco.

Sberbank and I-Teco intend to offer corporate clients of bank — from small business to large corporations — a marketplace of cloud solutions which will allow them to refuse acquisition of own servers and at the same time flexibly to apply necessary capacities. In a marketplace of SberCloud it will be possible to use both products of own development of Sberbank, and proposals of world partners. The companies calculate that it, in turn, will give the chance to clients to cut down expenses on purchase of the IT equipment and to accelerate processes of scaling of network infrastructure and also will allow to create service flexibly and personally under each client.

By calculations of Sberbank, this investment will allow financial organization to enter the fast-growing market of cloud infrastructure which both startups, and the large modern companies need.