The competence center on import substitution in the field of ICT is created at the request of the president Vladimir Putin. Its tasks include promotion of domestic solutions ICT, monitoring of state procurements and the analysis of justifications of impossibility to buy the Russian solutions, examination of projects of state customers, development of recommendations about different aspects of import substitution, etc.
Owners:
Institute of Development of the Internet (IDI)
Expert center of the electronic state
Domestic software (ARPP) association

The autonomous nonprofit organization "Competence Center on Import Substitution in the field of ICT" created in pursuance of presidential instructions in May, 2017 for the first time managed to appeal against unreasonable purchase of foreign software by Rosarkhiv through the Federal Antimonopoly Service (FAS). The tender of department concerned automation of the Russian State Archive of Socio-political History (RSASPH) by creation of hardware-software intra archive and interdepartmental infrastructure of transfer and data processing. The starting price of lot was exposed at the level of one million p13.8.

The antimonopoly service decided that the state customer violated the order of the Government of the Russian Federation of November 16, 2015 No. 1236 "About establishment of prohibition on the admission of software coming from the foreign states …".

The complaint of the Center was directed FULL FACE on May 12, 2017 and became widespread on May 18, 2017. According to the results of trial the decision to issue to the customer was made the instruction about elimination of violations of the law about the contract[1].

In September, 2016 the Competence center on import substitution in the field of ICT was registered, TAdviser found out. It was created in the form of autonomous nonprofit organization as which founders Domestic Software associations, the Institute of Development of the Internet (IDI) and "Expert center of the electronic state" acted.

Ilya Massukh is appointed the director of the Center. The Fund of information democracy belonging to it is a cofounder of "Expert center of the electronic state". 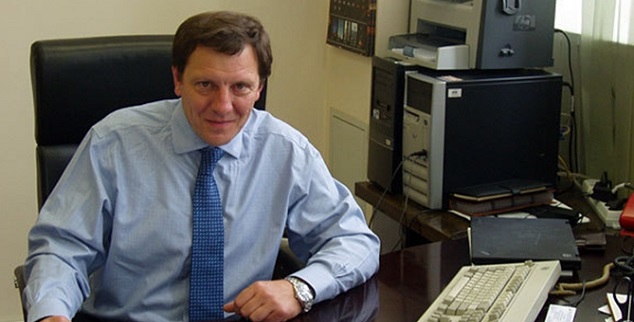 Ilya Massukh headed the Competence center on import substitution in the field of ICT registered in September, 2016

Ilya Massukh could not answer questions of TAdviser of how the center will work at the initial stage. The chief executive of Domestic Software association Evgenia Vasilenko in a conversation with TAdviser noted that the center was registered in Ministry of Justice, but he did not receive financing yet. There was order of the president to provide support of the Center, but funds are not allocated yet, she told. So far the organization can exist, using only resources of founders of the center. With respect thereto the big range of tasks at the initial stage will hardly manage to be covered, Vasilenko believes.


Evgenia Vasilenko added that in similar cases not always it makes sense to address at once FAS. Happens that more productive it appears to discuss at first a situation and to understand plans of the customer. In certain cases customers have plans of import substitution, and they already interact with the Russian producers, but as they need annually to update licenses, purchase of import software is carried out at present.

The regulatory base defining how the conclusions of the Center will be considered by authorities at the time of registration of the organization is not developed yet: "As far as I know, the regulating documents setting powers and a role of the Center in assessment and the analysis of tenders while is not present", marked out Vasilenko. Development of such documents was discussed earlier, but its status as of October is not known to Evgenia Vasilenko.

Registration documents of Competence center are sent to Ministry of Justice

Founders of Competence center on import substitution in the field of ICT filed documents on its registration to the Ministry of Justice. On September 19, 2016 TAdviser was reported about it by the chief executive of Domestic Software association Evgenia Vasilenko. Registration is expected within 30 days.

The Domestic Software association, the Institute of Development of the Internet (IDI) and "Expert center of the electronic state" became founders of the Center.

"Domestic software" integrates 120 Russian developer companies of the software among which there are 1C, Abbyy, Ascon, Diasoft and others.

"The expert center of the electronic state" is a structure of the former Deputy Minister of Telecom and Mass Communications of Russia Ilya Massukh. The Fund of information democracy belonging to Massukh acts as her cofounder. The Fund was created by the ex-official in 2012, and in 2015 earned 77.3 million rubles (in more detail). 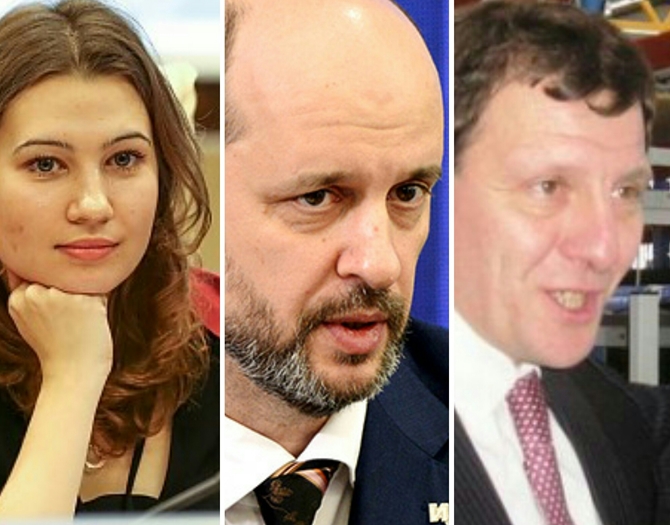 On a photo from left to right - Evgenia Vasilenko, German Klimenko, Ilya Massukh

Ilya Massukh expects that by October 1, 2016 the Competence center on import substitution should be formed. But how its conclusions will be considered by departments, is not solved yet. The Ministry of Economic Development of TAdviser reported that sent the report on the principles of work of Competence center to the Government. The Ministry of Telecom and Mass Communications refused to comment on this subject.

According to Massukh, the Center is going to be financed from the budget, but the source and the amount of financing is not defined yet.

Earlier in the draft of the report on creation of Competence center which sent for approval to the government of the Ministry of Economics it was supposed to Vladimir Putin that it should work at the principles of self-sufficiency. Support from means of the federal budget - about 30 million rubles - was assumed only in the first year of its work. The Ministry of Economic Development of TAdviser reported that the issue of financing is handled.

The purposes and tasks of the Center are formulated

On July 27 on working meeting under the chairmanship of the Adviser to the President of the Russian Federation of German Klimenko the head of Expert center of the electronic state Pavel Hilov described the purposes and tasks of Competence center[2].

The purpose of creation of the Center — effective implementation of state policy on import substitution in the field of ICT in the organizations which activity is regulated No. 44-FZ "About a contract system in the field of purchases of goods, works, services for ensuring the state and municipal needs" and No. 223-FZ "About purchases of goods, works, services as separate types of legal entities", and other interested organizations.

Tasks of the Center can conditionally be separated into four groups — organizational, methodical, technology and also analytics and monitoring in the field of import substitution.

Enters into the first group:

It is possible to carry to group of technology tasks:

About creation of Competence center which the Ministry of Economics sent for prior approval to the government in March, 2016 followed Vladimir Putin from the draft of the report that the Center will provide to state structures information on the Russian software, his developers, stability of technical support, dependence on foreign vendors. Besides, he will be engaged in monitoring and the analysis of state procurements of software and, in particular, examination of justification of purchases by state agencies of foreign software. The center was also offered to be made operator of the unified register of the domestic software created in January, 2016.


Vladimir Putin's order about support of the Center

On May 26, 2016 Vladimir Putin charged[3] to the Prime Minister to provide to an initiative of creation of Competence center of import substitution of ICT necessary state support. He set the task in four-months time, till October 1, 2016, to determine legal status of the center, its power and accounting treatment by state bodies of the solutions issued by it.

The amount of financing is determined

In March the Ministry of Economics sent for prior approval to the government the draft of the report to Vladimir Putin about creation of competence center on import substitution in the field of information and communication technologies[4]. In the project it was said that the equidistance of its participants from final beneficiaries of the market of software and hardware and with respect thereto its functioning is possible in a format of non-profit organization should become a key condition of efficiency of the center.

It is supposed that the annual budget of the center will make about 30 million rubles, and analysts will become his key employees.


Vladimir Putin's order about creation of the Center

In January, 2016 according to the results of the forum "Internet economy" the president Vladimir Putin charged to create Competence center on import substitution in the field of the information and communication technologies (ICT). It should be created based on Institute of development of the Internet, Association of software developers and Expert center of the electronic state.