In October, 2017 it became known of plans of Delta Air Lines to buy several thousands of mobile devices of Apple for the flight crew. The airline refuses Windows gadgets.

According to the online edition MacOSKen, the management of Delta sent to the employees e-mails in which it is said that the company will purchase 10.5-inch iPad Pro tablets and the iPhone 7 Plus smartphones for 14 thousand pilots and 23 thousand stewards. 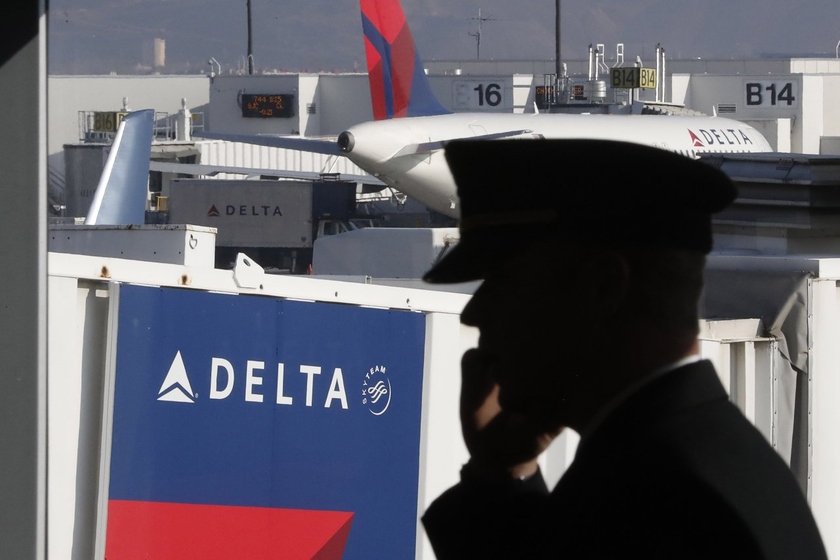 Devices will be used for any providing services to passengers, gaining access to instructions, etc.

In 2013 Delta announced intentions to buy smartphones running Windows Phone for 19 thousand stewards and stewardesses. A year later the company purchased the Lumia 1520 smartphones which began to be used by personnel onboard airplanes. In 2018 Lumia 1520 will succeed iPhone 7 Plus, and Microsoft Surface tablets will give way to "apple" products. At the same time the carrier promised to save cooperation with Microsoft.


iPad Pro intended to pilots will be delivered in a set with the special software tools Delta, including with the Jeppesen Flight Deck Pro applications (for planning of flights) and Flight Weather View Plus (expanded reports of weather with the forecast of turbulence) and also "the library of content containing the detailed management about an operations procedure onboard".[1]

On July 31, 1972 George Wright with other members of the Black liberation army seized the passenger DC-8 airplane of the American airline "Delta" in Miami. The terrorist changed clothes in a cassock and issued himself for the priest. He managed to bring on board a gun, having hidden weapon in the Bible.

In hostages there were 86 people. For their release Wright demanded one million dollars cash. He laid down a condition: in notes of small advantage the FBI agents dressed only in swimming trunks should bring money. George and his assistants wanted to be sure that agents will be without weapon. The authorities agreed. Photos of FBI agents in swimming trunks published then all American newspapers. 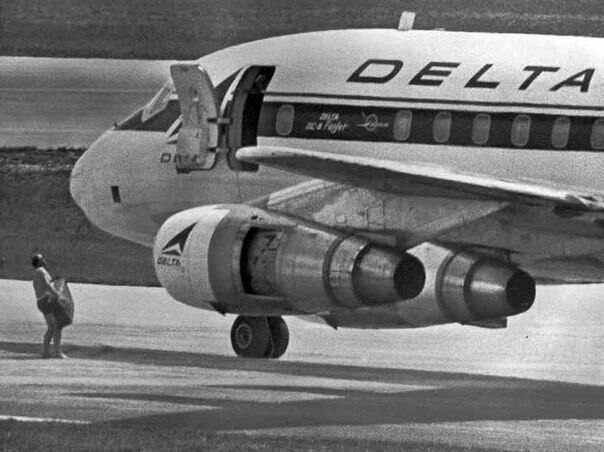 The FBI agent undressed to pants brings 1 million dollars in a suitcase as the redemption for 86 hostages, Miami, July, 1972.

Terrorists released passengers, but not crew members. It was ordered to pilots to fly at first to Boston where the liner had to be refueled, and then to Algeria. The police of this country confiscated money from Wright, but did not begin to delay either him, or his friends. After that hijackers completely disappeared. Some of them managed to be arrested in Paris in 1976. George Wright among them was not.

FBI already despaired to find the criminal, but in 40 years, in 2011, he risked to contact the relatives in the USA. It turned out that all these years he hid in Portugal where traded in souvenirs on the beach and worked as the bouncer in bar. There at the age of 68 years the local police also took it.