The company from the People's Republic of China Didi Chuxing is going to start more than 1 million pilotless robo-taxi (robotaxis) in China by 2030. In May the company collected $500 million for financing of the division of autonomous pilotless taxi[1].

In the left 2019 in Didi said that the first pilotless taxi will appear in Beijing, Shanghai and Shenzhen in 2020, but it did not develop yet.

At the same time analysts emphasize that people need some time to begin to trust unmanned vehicles without driver.

Now in the People's Republic of China there is already an example of the working robo-taxi: it is WeRide company from Guangzhou in which 40 robo-taxi already work and 60 more test cars pass a running in. This the company is supported by Nissans, Renault and Mitsubishi.

Also the Baidu company began to offer services of the robo-taxi in the city of Charsha in 2019.

On May 18, 2020 it became known that the Chinese service of the order of the Didi Chuxing taxi created Didi Mobiliti Rus company to Russia. Judging by data of a system " circuit.focus ",  this company belongs Singapore "to Didi Mobiliti Pta. LTD." (99.9%) and "Travis International Group Hong Kong Limited" (0.1%). Read more here.

At the beginning of January, 2020 the service order of the Didi taxi, largest in Asia, began to use in the cars a sensing technology of persons on the basis of artificial intelligence. A system is applied to check of the identity of drivers and also to detection of drowsiness during driving.

Didi started a pilot project on efficiency evaluation of a new system in several cities of China. The company claims that for the purpose of confidential data protection everything collected information will be ciphered and available only to commands on security in case of accidents. The system of face recognition will use special cameras which confirm the driver's personality through a special application on the client's smartphone and also estimate his drowsiness. Besides, a system uses GPS and data of the accelerometer to reveal dangerous schemes of driving. 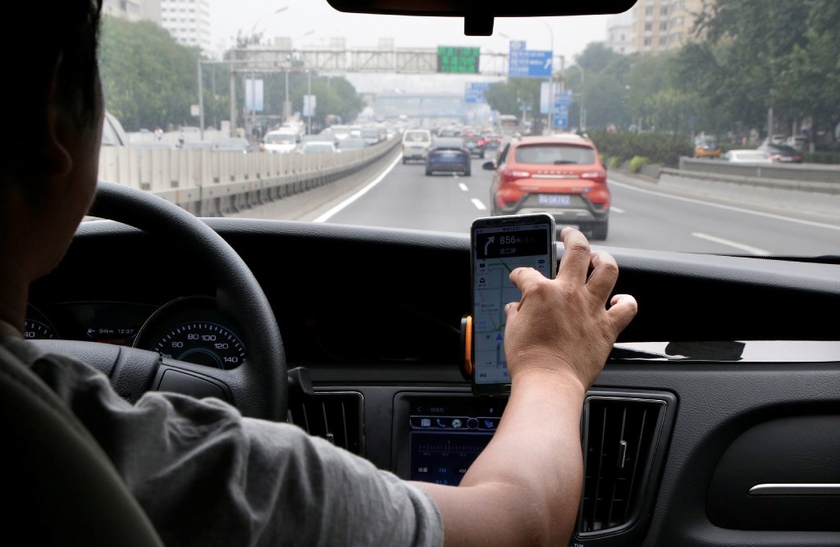 Didi announced new technology within preparation by the Chinese New year which is considered the period of the largest annual migration of people within the country. However Didi not the only company providing taxi services which aims to secure the clients. Her main competitor — Uber — also starts a campaign for fight against driving in a sleepy type, however the company stopped the choice on less hi-tech approach. Uber just uses special notifications and automatically blocks the application for drivers after 12 working hours.

Anyway, wakefulness of drivers has paramount value for security, and not only Didi develops technologies of assessment of their drowsiness - such companies as Boch and Panasonic are engaged in the same, for example. Some of these systems are so smart that they do not allow drivers to fill up with the help of decrease in temperature in salon or vibration of a front seat, notes the South China Morning Post edition.[2]