Insurance upon cyberrisks in "Sberbank insurance"

On July 11, 2019 SK "Sberbank Insurance" reported that it insured from cyberrisks information systems and resources of DoDo Pizza company, including the software, corporate e-mail, the Website, "cloud" service and databases. Read more here.

Opening of a pizzeria without cash desks in China

DoDo Pizza opened the first "pizzeria of the future" in Hangzhou, China. Its uniqueness is that in an institution there are no cash desks – all payment is made through a special application in WeChat that allows to process orders quicker and in bigger volume. In addition, the futuristic design project with an audiovisual design of space was developed. All in a new pizzeria, from recipes before branding, was specially adapted for features of the Chinese market. 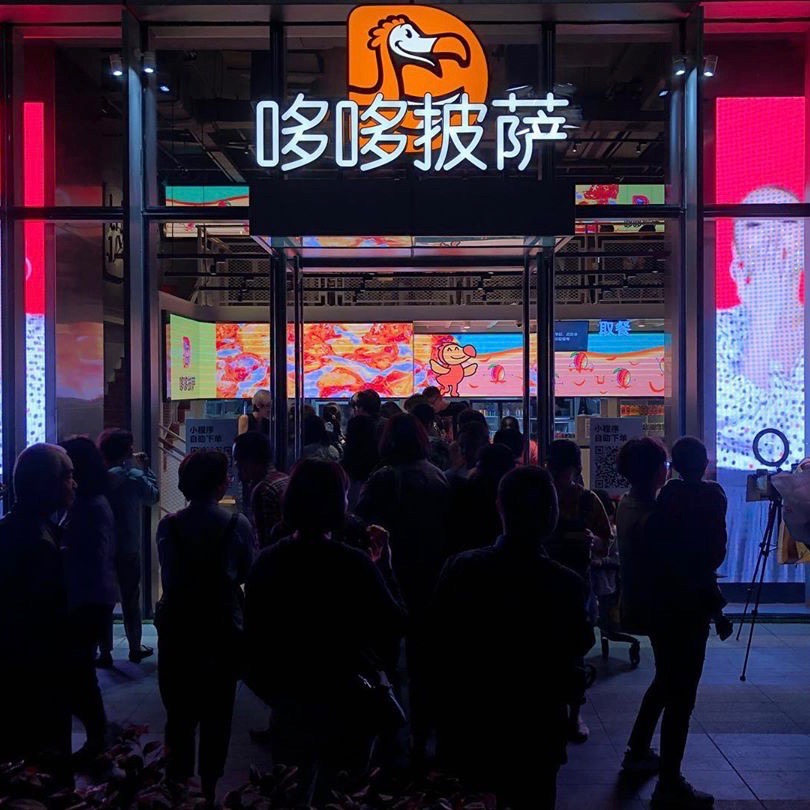 The absence of cash desks and possibility of convenient payment through a special application in WeChat will allow to process more orders in peak hours, and the unusual video interior including walls with digital media displays and neon lighting creates the unique atmosphere at visit of a pizzeria. The pizzeria functions based on own technology Dodo IS web platform in oblakemicrosoft Azure which is integrated with all internal processes.

The Dodo Pizza application in the Chinese WeChat messenger

For reduction of preparation time of pizza up to 3-4 minutes the special basis "prebaked" on the Italian technology will be used. Dough for it is made out of a pizzeria that will allow to save on the area of kitchen and, respectively, on the lease cost, allowing to select more expensive locations with bigger passability. The menu was also adapted to features of the market: there were such tastes as, for example, an eel with tofu cheese and a duck with tangerines. 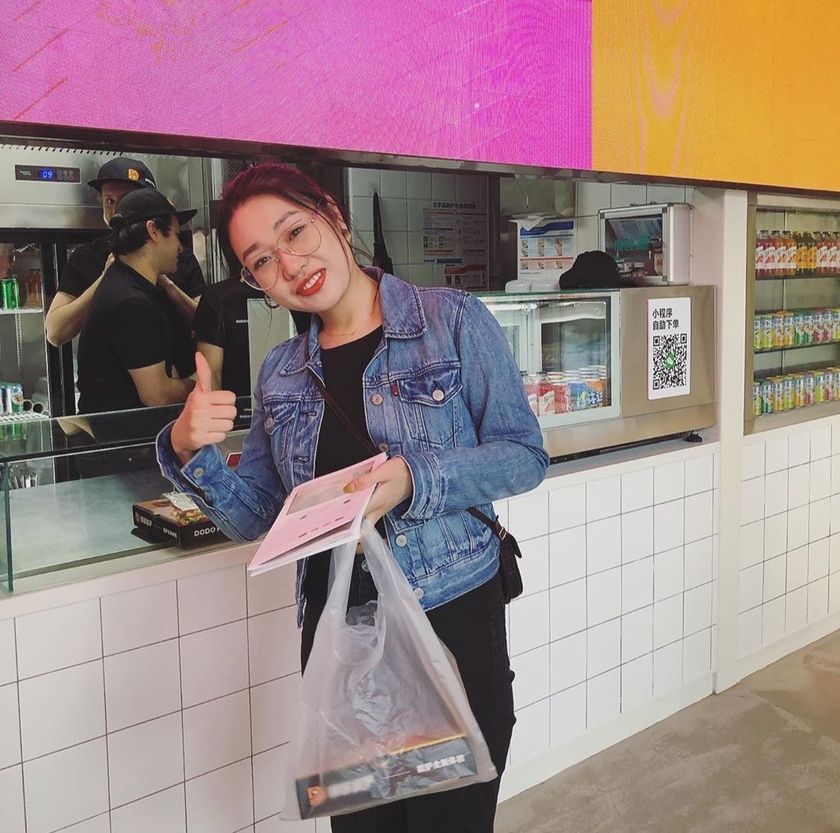 The decision to completely change traditional "western" model was made by the company after attempt of start of a pizzeria of a classical format in China. Dodo Pizza carried out the analysis of features of consumer behavior to consider them at restart. 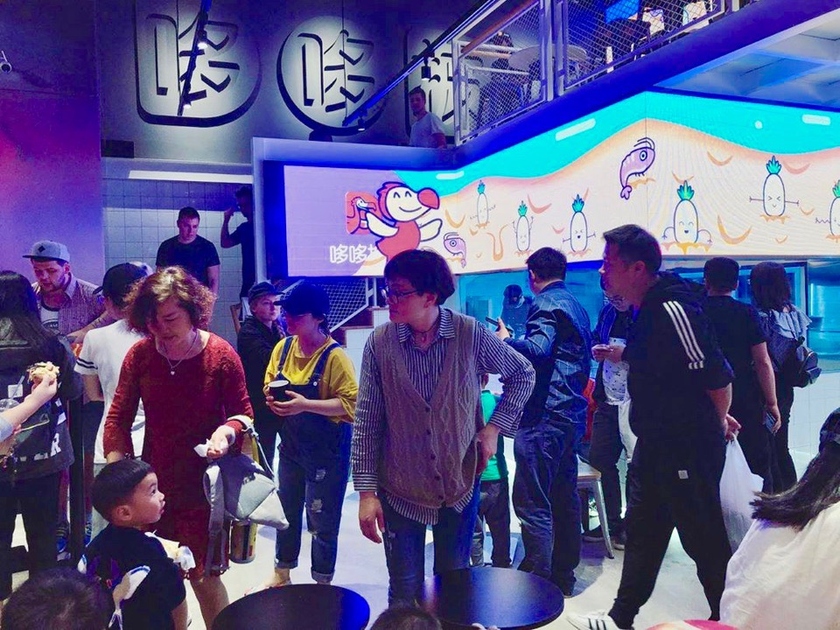 Opening of "a future pizzeria" became the first stage of the plan of expansion Dodo Pizza for the Chinese market. Based on piloting of model, by the end of 2019 it is going to open some more technological pizzerias. The company will make scaling on franchizing model. For this purpose she will also use the technology Dodo IS web platform in Microsoft Azure cloud. In 2020 the company is going to open the center for production of frozen dough for pizza which potentially could provide with products all pizzerias of network in China.

On December 29, 2016 10 million rubles which because of failure in a system were mistakenly transferred to clients across all Russia for already paid orders were succeeded to return DoDo Pizza companies to themselves.

The case was absolutely atypical, the founder and the CEO of the company Fedor Ovchinnikov says: "The first analysis showed that chances to return 10 million were very low. The real threat of loss of the amount, huge for our company, hung. Everything was aggravated with the fact that till New Year's holidays there was less than a week. Because of our error money was returned by our franchisees. We were ready to make everything that our partners had no cash gaps before the Newest year".

According to him, the invaluable help was rendered by a command of Yandex.Money service. By the evening on December 24 when the website of DoDo Pizza mistakenly cancelled more than 10 thousand transactions, they already got into gear, including the CEO Maria Gracheva.


By 6 p.m. on December 29 "Yandex.Cash" using which payment on the website DoDo Pizza is made returned 100% of money for accounts of partners of the company. "At us it turned out to get out of this difficult situation without any notable losses", – Fedor Ovchinnikov says. 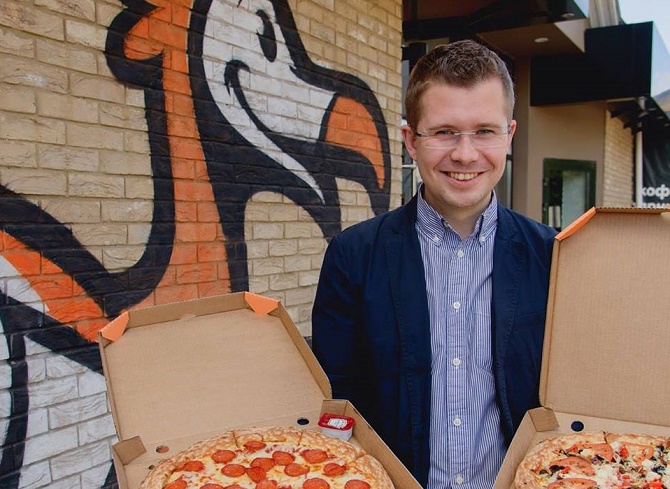 For return of 10 million rubles Fedor Ovchinnikov decided to bring pizza free of charge to all offices of Yandex.Money in Moscow, St. Petersburg and Nizhny Novgorod

The problem was how exactly solved, in DoDo Pizza promised to tell later.

It should be noted that not all clients of the company were satisfied with such situation, despite explanations of DoDo Pizza in the SMS.

"At first to me unclear return fell to the card. Then SMS in which there was even no hint on "came excuse for inconveniences". And it was possible to apologize at least formally, to address to SMS by name, to write date of commission of the order. All info is... After all it seems to me that globally this situation did not improve reputation of Dodo, it is rather on the contrary", – one of clients of a pizzeria Alexey Ukolov commented on the event.

The DoDo Pizza company because of failure in a system returned to clients 10 million rubles for already paid orders. On December 24 the founder and the CEO DoDo Pizza Fedor Ovchinnikov reported about it on the page on Facebook.

He explains that on December 23 the website of DoDo Pizza cancelled more than 10 thousand transactions of clients who paid the orders with bank cards from December 16 to December 23 for the total amount about 10 million rubles. The order amount automatically returned on cards of clients. Payment on the website is made using Yandeks. Kassa service.


The problem concerned many partner franchisees: each partner of DoDo Pizza works with the Yandex.Cash via the general website from the legal entity. The amounts of returns to clients exceeded receipts for the last day many times over, Ovchinnikov noted. According to him, 10 million rubles – very large sum for the company. 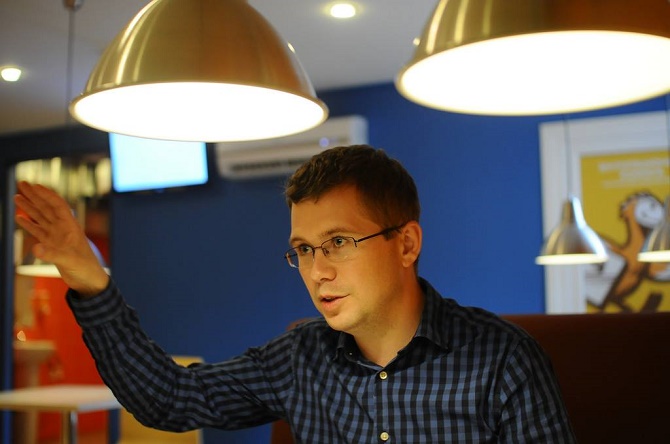 He at once tried to contact representatives of "Yandex". Yandex.Money explained to managers of DoDo Pizza that for the first time face such heavy loss and that in the company there is no regular procedure to cancel a refund. If earlier in the company also cancelled such wrong returns, then it was talked of 2-3 transactions and "Yandex" separately contacted each bank.

According to Fedor Ovchinnikov's acquaintances, situation extraordinary. Just like that it is impossible to draw money from the client's card: it is necessary to prove that it not fraud. "From our practice return can be cancelled, having written the letter to merchant acquirer. It is the regular procedure and does not take a lot of time. As already said it is possible to repeat payments above, however it means that you pay the acquiring commission once again", – the technical director of a system of online payments of Payture Valery Ablekov commented on Fedor Ovchinikov's message in Facebook.


Some clients were ready to return manually by mistake the money transferred by it. However, as explain in DoDo Pizza, the company tries to solve a situation without participation from clients.

To evening of Saturday, December 24, the command of "Yandex.Cash" was connected to solution, the CEO of DoDo Pizza reported later. Methods cancel wrong transactions exist so the situation is not hopeless, explained TAdviser in Yandex.Money: "Collaboration in return of means is conducted a command of the Yandex.Cash, by Dodo's managers and merchant acquirers".