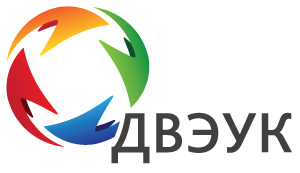 The joint-stock company "Far East Energy Management Company" (JSC DVEUK) is founded by JSC RAO UES of Russia in 2001 for the purpose of crisis management of power by the enterprises in a number of the most problem subjects of the Far Eastern Federal District.

The share capital of Society is on 6/1/2015 59 billion rubles, the share of the Russian Federation exceeds 99.9%. Since 2008 a task of the company is project management of the advancing development of power infrastructure in regions of the Far East. The volume of an investment program of JSC DVEUK in 2009-2011 was 63.7 billion rubles.

The investment program of the company in 2009-2015 made 70 billion rubles. Capital stock of Society exceeds 59 billion rubles. The majority shareholder – the Russian Federation on behalf of Rosimushchestvo (owns 99.99% of stocks).

JSC Far East Energy Management Company will create a cluster of the intelligent electric networks to Russky Island in Vladivostok. Information on it was heard during the V Pacific economic congress on a thematic discussion "Power industry of the Far East: vision of the future". JSC DVEUK manages preparation of power infrastructure of Vladivostok for holding the APEC summit - 2012 and performs the main volume of the state investment into the advancing development of power infrastructure of the Far East region.

In September, 2011 the company participated in an action of the V Pacific economic congress – a thematic discussion "Power industry of the Far East: vision of the future". Requirements to modern infrastructure and security of power became one of questions of discussion. The relevant solution the Smart Grid technology which is applied during creation of the electric networks of new generation in the field is considered. The similar innovation project JSC DVEUK manages now: at the request of the Government of the Russian Federation the company started creation of a cluster of the intelligent electric networks to Russky Island. As the chief of service of investment planning of JSC DVEOuC Alexander Fokin reported, within the first stage of this project together with JSC FGC UES implementation of end-to-end systems of accounting and management of energy resources on sources of generation of the island territory and also creation of demonstration education center which in the subsequent will perform functions of point of supervisory control by a cluster of intelligent networks is planned. Use of Smart Grid technology will allow to increase reliability of power supply, non-failure operation of work of systems, power efficiency in general.

JSC DVEUK is going to fulfill this technological solution for the subsequent replication within the program of renovation of distribution networks of the FEFD. Complex integration of a number of advanced technologies in the field of accounting of energy and management of the electric networks will create premises to decrease in loss of energy in networks of all classes of tension for 25%. Let's remind, the V Pacific economic congress passed in Primorye on September 9-10, 2011. Annually the action brings together representatives of business, scientific community and government institutions from the countries of the Pacific Rim.