In August, 2018 the businessman Magomed Musayev became the new owner of the Russian Forbes instead of ACMG media group of Alexander Fedotov. Officially transaction amount did not appear, but in Telegram channels appeared digit of $7 million and debt repayment in the amount of 90 million rubles.


Natalya Gandurina becomes the publisher of the magazine again, the acting as the Chief Editor reappoints Nikolay Mazurin, the editorial director - Nikolay Uskov who is earlier dismissed from a post of the Chief Editor by Fedotov.


Besides, the new owner of the Russian Forbes Magomed Musayev invited the former Chief Editors of the edition Maxim Kashulinsky, Elizabeth Osetinskaya and Elmar Murtazayev in the structure of Board of Directors which will provide "independence of editorial policy".

Magomed Musayev in a column for RBC:

At the beginning of August, 2018 journalists of edition Forbes appealed to the prosecutor's office with the complaint because of nonpayment of the salary. Before it at the end of July three enforcement proceedings against Forbes company publisher for the amount more than 93.3 million rubles (10.7 million, 48.8 million and 33.7 million) are instituted. According to "SPARK of Interfax", it is taxes and fees and also a penalty fee on them. Besides, upon the demand of the Federal Tax Service (FTS) during the period account transactions on 28 bank accounts of ACMG were suspended from June 28 to July 31. 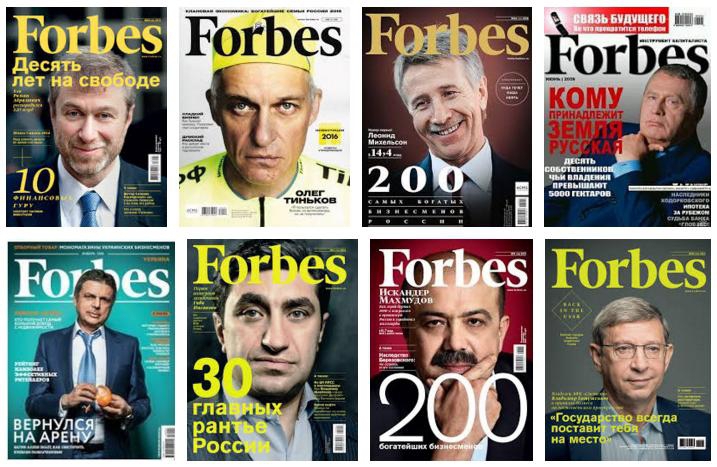 Nikolay Uskov was dismissed the Chief Editor of the Russian Forbes in June, 2018. In July he took legal action for the appeal of dismissal and expressed the intentions to try to obtain recognition illegal authority punishments and payments, including compensation of moral harm. In reply the publisher of the Russian Forbes and the owner of the ACMG group Alexander Fedotov took to court two claims against Uskov for honor and dignity protection and also about disclosure of a trade secret. Natalya Gandurina also disputed in court termination of the employment contract with Forbes company publisher.

In January, 2016 it became known that Nikolay Uskov who was earlier directing the Snob project released Elmar Murtazayev from a duty of the Chief Editor of Forbes. It was reported that Murtazayev will leave the edition at own will. Uskov should develop the Forbes magazine, the applications Forbes Woman, Forbes Life, the website forbes.ru and the closed Forbes club.

Along with it in the EXPERT of Media publishing house issuing Forbes in Russia the position of the managing director of the joint editorial office of the Forbes magazine and the website forbes.ru will appear. It will be occupied by Nikolay Mazurin who still was the first deputy of the editor-in-chief of the magazine. In February, 2006 Mazurin became the deputy editor-in-chief of Forbes, in January, 2014 — the first deputy. To Forbes it worked as the editor of department Finance in the Vremya Novostey and Vedomosti newspapers.

In September, 2015 the Artcom Media publishing house under control of the businessman Alexander Fedotov purchased ID of Axel Springer Russia — the owner of Forbes Russia. The transaction was made because of the Aliens Act in media under which non-resident shareholders cannot have more than 20% in the Russian editions. Later the company was renamed into "AS Rus Media".

2014: Murtazayev is appointed the Chief Editor

At the beginning of 2014 Murtazayev Elmar Dzhevdetovich is appointed the Chief Editor of Forbes Russia. From 2011 to 2013 held a position of the deputy editor-in-chief.