FortRoss Ventures is the international company (earlier carried the names SBT Venture Capital and MoneyTime Ventures), which invests in the AI projects, financial that, IoT, marketplaces, "cloud" technologies and blockchain. The size of means under control of the company — $200 million. Closely cooperates with Sberbank regarding search, assessment and promotion of portfolio companies of fund in Russia and abroad.

For 2018 Sberbank provides all the R&D resource for due diligence and study of investment projects. Sberbank spends about $40 million a year for specialists who work in research laboratories, and FortRoss can use their exclusive examination. One fund in the world has no such competences, Victor Orlovsky is sure. Top managers of Sberbank are involved in FortRoss Ventures activity. The first deputy chairman Lev Hasis consists in investment committee of the first fund and weekly communicates with Orlovsky, communication with Gref happens slightly less often.

Besides, Sberbank helps with replication and distribution of products and services of those startups in which invests FortRoss. For example, the GridGain company thanks to Sberbank received in clients of 20 more financial institutions outside Russia.

On June 29, 2020 it became known that Fort Ross Ventures invested in the American startup in the field of the real estate of Mynd Property Management. Investment volume of fund into the company was 10 million dollars from the general investments of a round of C – 41.5 million dollars. Read more here

On January 17, 2020 the Fort Ross Ventures venture fund announced sale of the share in CoverWallet for $6.5 million. It was purchased by Aon company — technology integrator in the field of insurance and health care. Read more here.

On January 13, 2020 Sberbank announced TAdviser what Fort Ross Ventures invested in the Californian startup in the field of the real estate of Roofstock which completed a round of financing of series D for 50 million dollars. Also other known venture funds of the USA, including Lightspeed Ventures, Canvas Ventures, Khosla Ventures, Bain Capital, Citi Ventures and others took part in the capital of the company. Read more here.

On December 10, 2019 Sberbank reported to TAdviser that Fort Ross Ventures invested in Kryon, the company in the market of robotic process automation (RPA) of a full stroke allowing the organizations to optimize continuously processes and to change idea of a future workplace. Read more here.

On August 13, 2019 Sberbank reported that the Fort Ross Ventures management company invests in Instamart – one of leaders of the Russian fudtekh-market. Read more here.

Investment into the developer of warehouse Fetch Robotics robots

On July 23, 2019 about $46 million investments became known of involvement of Fetch Robotics. The venture fund of Sberbank SBT Venture Fund II was among investors of the producer of warehouse robots. Read more here.

The IPO of Tufin portfolio company in New York

The Tufin Software Technologies company, software supplier in the field of cyber security, carried out initial public offering (IPO) at the New York Stock Exchange, reported TAdviser in Sberbank on April 15, 2019. According to the statement of representatives of Fort Ross Ventures (enters an ecosystem of Sberbank), the IPO of Tufin company became the first important event of liquidity of portfolio company of SBT Venture Fund I L.P venture fund. The venture fund under control of Fort Ross Ventures acted as one of early investors of Tufin. Read more here.

Investments into the Israeli startup of ThetaRay

The first investment of SBT Venture Fund II fund, one of investors of which is Sberbank, there was the Israeli startup of ThetaRay. The co-owner of management company of FortRoss Ventures fund Victor Orlovsky told about this RBC. ThetaRay specializes in identification of financial crimes and cases of money muling at an early stage using artificial intelligence technologies.

SBT Venture Fund II, according to Orlovsky, participated in a round of attraction of financing for ThetaRay which took place in July, 2018. During a round the company attracted $30 million. Among investors, in addition to SBT Venture Fund II, there were Jerusalem Venture Partners, the largest Israeli bank Hapoalim, the kraudinvestingovy platform OurCrowd, General Electric, investment division of Silicon Valley Bank and other companies. After a final round total investment in a startup reached $60 million. Orlovsky did not call a share of fund.

Growth of volume of SBT Venture Fund II to $120 million. Means of Sberbank less than 50%

Originally the size of SBT Venture Fund II fund was $75 million. By September, 2018 it grew to $120 million, from them less than a half are means of Sberbank, the rest — third-party private investors. Victor Orlovsky said that in fund "more than ten investors — both legal, and individuals". The maximum volume is stated at the level of $200 million. By 2022 the fund should finish the investment period, and in 2027 — to leave assets and to return to investors money.

The fund intends to invest in startups in the markets of the USA, Israel and Russia in the field of a fintekh, artificial intelligence and machine learning and also cloud services, cyber security and marketplaces. In October the fund reported that investments into one project will make $5-10 million.

In October, 2017 FortRoss Ventures announced start of SBT Venture Fund II of $75 million, until the end of the year its size should reach $200 million.

On July 7, 2016 the venture fund of Sberbank SBT Venture Fund I announced investment into service on I will call the Uber taxi. Details of the transaction are not disclosed.

It is known that the fund of Sberbank took part in an investment round of G within which it attracted with Uber about $12.5 billion and received business valuation in $66 billion[1] 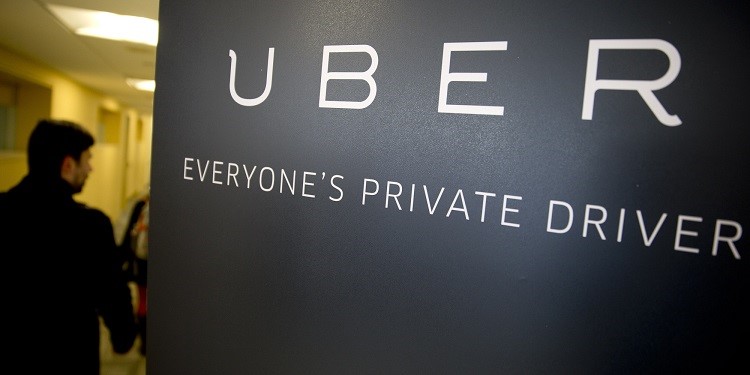 Sberbank notes that the transaction with Uber "opens opportunities for the most different forms of cooperation for the benefit of clients".


Sberbank intends not only to invest in Uber, but also to use other opportunities of interaction with this Internet service. The credit institution, largest in Russia, actively develops cooperation with the companies of new digital economy and is interested in customer service quality improvement when they use popular digital services, including "services upon the demand of" (on demand services). Digital services of Sberbank should become the guarantor of reliability and convenience in interaction of clients with other products and services of Sberbank, says bank.

Investments into the Russian GridGain

In February, 2016 MoneyTime Ventures jointly with Sberbank and funds Almaz Capital and RTP Ventures (one of funds Leonid Boguslavsky) invested $15 million in the IT company GridGain Systems founded by natives from Russia.

$40 million are invested in 10 companies

According to MoneyTime Ventures, by the beginning of 2016 the fund invested about $40 million in 10 companies. Among the companies in which invested fund, - software for fraud prevention for online trade and payment services Identity Mind Global, investment social network Etoro, marketing and analytical platform for WalkBase retail.

At this time MoneyTime Ventures is based in Russia, is engaged in investment into financial technical-startups into the USA, Israel, Switzerland, Canada, Great Britain and Finland. The managing partner of fund - the general partner of venture fund of Sberbank Victor Orlovsky.

Gref convinces Orlovsky to invest own means in fund

After a while Victor Orlovsky himself volunteered to direct fund. Gref agreed, but provided that Orlovsky will invest personal money in the project. "All are able to dispose of money of bank, and I want that you earned and lost together with us, treated this money as to the" — Orlovsky remembers Gref's wishes. As a result of about 90% of a fund is money of the State Bank, the rest — Orlovsky and Yakov Nakhmanovich's money, the general partner of FortRoss Ventures.

Sberbank made the company independent (it is renamed into MoneyTime, and then into FortRoss Ventures) as it is more difficult to corporate funds to reach the best transactions and decision making speed at them is much lower, Victor Orlovsky explained.

In July, 2013 the American Sequent Software reported that it attracted $12 million. Investments were made by Venture fund of technologies of SBT Venture Capital with Opus Capital and Jado Investments which were already investing in this project earlier.

It is the first investment of SBT Venture Capital fund. The senior vice president of Sberbank Victor Orlovsky proves investment into Sequent Software by the fact that "the subjects connected with security and mobile applications are very interesting to fund". This subject is relevant also for Sberbank therefore the fund studies options and project initiatives for implementation in bank.

Sberbank is interested also in online payments long ago. At the end of 2012 it even set control (75% minus 1 rub) over a system Yandex.Money for $60 million Yandex.Money is interested in technologies of protection of mobile payments, the representative of the company Asya Melkumova says, but there is no cooperation with Sequent Software on specific products[2] yet[2].

The SBT Venture Capital fund is created by Sberbank in February, 2012 with a capacity of $100 million.