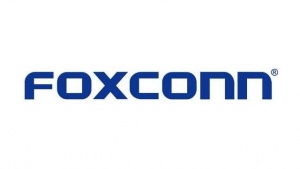 Foxconn is the world's largest producer of electronics (electronic components and finished products), generally direct contractor under contracts with other companies.

Hon Hai is known as producer of electronics Apple, including iPhone and iPad. As of 2016 orders of the "apple" company create over 40% of total revenue of Hon Hai.

For the 12-month reporting period which end fell on December 31, 2017 the net profit of Foxconn Technology Group was 138.7 billion Taiwan dollars ($4.76 billion at the rate of for April 2, 2018) that is 7% less, than the previous year. Last time before the profit of the Taiwan contract producer of electronics fell in 2008. 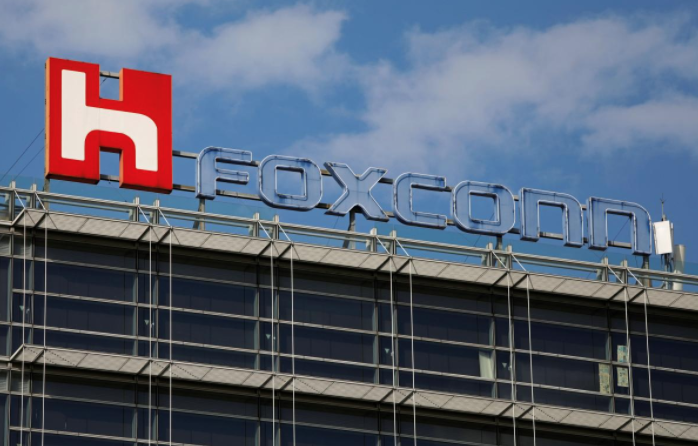 Financial regress is caused by difficulties by production iPhone X (what problems, it is not specified), because of which the smartphone went on sale with delay — at the beginning of November whereas in former years new smartphones Apple appeared in shops in September. However Apple, referring to analysts Canalys, said that iPhone X was the most popular smartphone on New Year's holidays.

Orders of Apple still bring to Foxconn more than a half of income therefore indicators of the American company affect business of the Taiwan partner. However Foxconn aims to reduce dependence on business on contract manufacturing of gadgets and looks for new methods of attraction of financial resources. Among measures — an output to the exchange of Foxconn Industrial Internet Co subsidiary company. (specializes in cloud services and technologies of "smart" production) which, according to the experts, can cost $43 billion at $56 billion capitalization of Foxconn. The means received from the IPO are going to be invested in cloud products, technologies 5G and "smart" of production.

In 2017 revenue of Foxconn increased by 8% concerning the 2016th, having made 4.7 trillion Taiwan dollars ($161.3 billion). Foxconn could not increase profit, despite sale in December of stocks of Sharp by the amount of 352.5 billion yens ($3.1 billion) of ES Platform company which was created in cooperation with the staff of Foxconn.[1]

Employees did not throw out the rejected spare parts, inserted them into new iPhones and earned $43 million

In the middle of December, 2019 the Foxconn company which is performed assembly of iPhone by request of Apple began investigation concerning fraudulent activity of the employees who resold the rejected parts for smartphones.

The large production lines belonging to Foxconn daily deliver thousands of units of production. Parts are checked for compliance to the quality standards, and the rejected components are subject to utilization, according to the charter of the enterprise and the agreement between the producer and the customer. However several managers from the plant of the company in Zhengzhou did not utilize the faulty iPhone components, and used them for assembly of new iPhones. Then such devices went on sale through illegal supply chains. In three years the fraudulent scheme brought it to organizers about $43 million illegal profit. 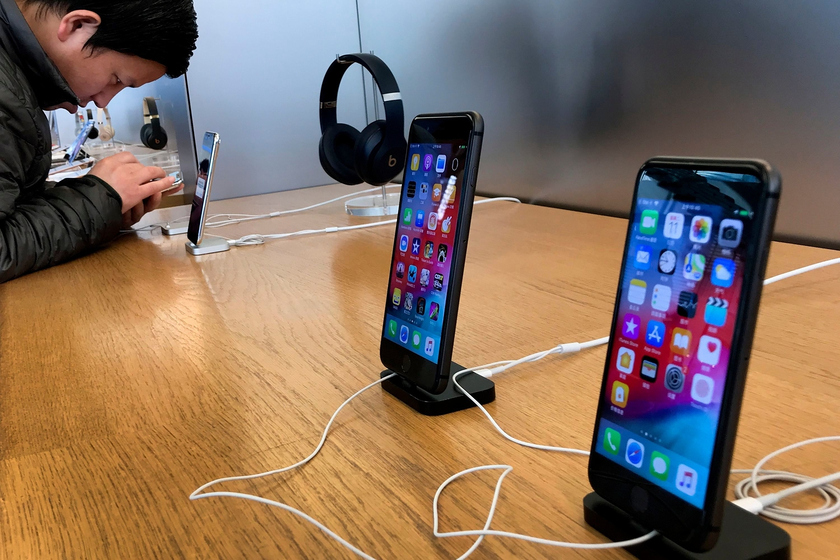 In the official statement of Foxconn it is said that the company already took necessary measures for solution, including began internal investigation of an expected incident. The producer refrained from further comments.

However media consider that representatives of the company suppress actual scales of a problem. The person who detected the fraudulent scheme, considers that losses of Apple as a result of such activity could make about $3 billion. It is supposed that the unmasker directly contacted the CEO of Apple Tim Cook, and the command of Apple on business audit conducts investigation of an incident.

By December, 2019 it is known that the employees who were presumably participating in the fraudulent scheme were discharged of work, and lawyers prepare against them the claim and collect necessary documents for case referral to court. The victims of fraud hope for compensation.[2]

A half of iPhone is assembled by school students

On June 9, 2019 it became known of violations at the production iPhone plants. According to the non-commercial human rights China Labor Watch group, the Foxconn company which assembles smartphones by request of Apple uses too many school students for work. 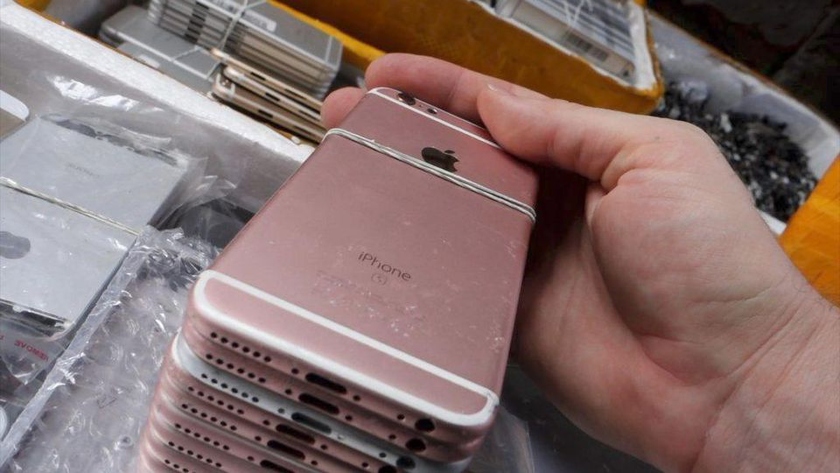 However at the end of August, 2019 many school students returned to occupations and the number of temporary employees decreased to 30% that also is illegal.

Apple after internal investigation admitted the fact of violation and stated that it "closely cooperates with Foxconn for the solution of this problem". Foxconn Technology Group also recognized abuse of hiring of temporary employees.

China Labor Watch said that Apple transfers costs of trade war between China and the USA to workers and operates their work.

According to Bloomberg, temporary employees have no right to paid the sick-list, a holiday and social insurance. Though their salary can be higher normal, they on a short-term basis are paid by the third party. Foxconn directly does not employ them, and uses services of outsourcing firms. Temporary employees can pass into the official state in three months of work, however this opportunity was not provided to them.

Use of work of school students at night

On August 8, 2019 it became known that the Chinese school students are used in production of "smart" columns of Amazon with numerous violations of the labor law. About it The Guardian was told by employees of the plants. Also the edition obtained information from the documents intended only for internal use in Foxconn company (the partner of Amazon in assembly of electronics).

In the publication it is said that hundreds of school students and students of technical colleges in the city of Hengyang were forced to work at night and overtime. 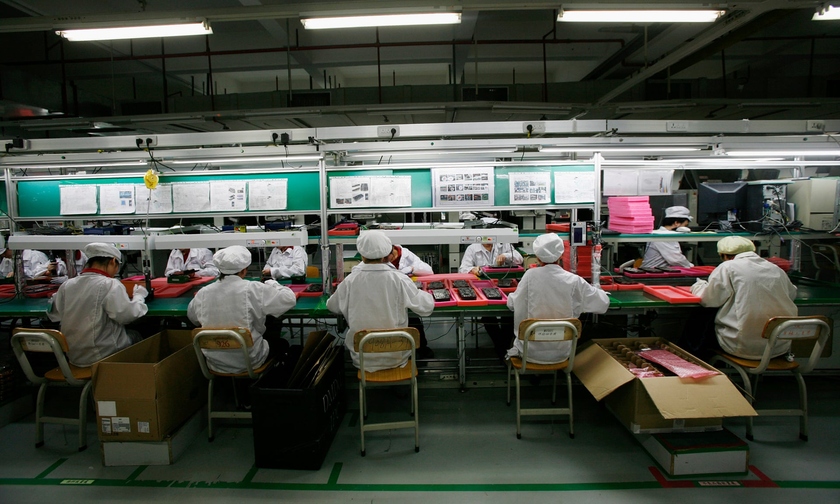 "Smart" columns of Amazon are collected by school students at night. Teachers should force them to work under the threat of dismissal

The management of the enterprises put pressure not of teachers, demanding that those encouraged with any methods or forced teenagers to overwork. Teachers earn rewards for involvement of school students from the plants.

If children refuse to work in  additional hours, teachers should submit  the resignation letter  on its own behalf, said in documents from a meeting of Foxconn.

Foxconn told journalists that know about a situation. The company recognized that in the past weak supervision of the program of a training led to similar processings of school students. Representatives of Foxconn emphasized that all trainees received payments for additional working hours, but called the fact of such overtime work unacceptable.

It is authorized to Chinese factories to employ young people aged from 16 years, but it is forbidden that they worked at night or overtime.

One of schoolgirls told the edition that she at first worked for 8 hours a day on weekdays, but then she was transferred to change with six 9-hour days. She tried to refuse, but the teacher threatened with deterioration in estimates and deprivation of a grant.[4]

In the middle of April, 2019 Terry Gough announced the resignation from a post of the chairman of the board of directors of Foxconn and promotion of the candidate at presidential elections on Taiwan. Read more here.

At the end of December, 2018 it became known of production of the most expensive iPhone century India. The Foxconn Technology Group company which is the main contract partner Apple in assembly of phones will start production iPhone X XS, XS Max and XR at the enterprise in the city of Shriperambudur (the State of Tamil Nadu, the southern part of the country) at the beginning of 2019. In more detail here.

On March 27, 2018 Foxconn announced acquisition of the producer of accessories for smartphones Belkin to expand sales of the branded goods. The cost of the transaction is $866 million. All amount will be paid from own means of the buyer (without transfer of the stocks to a part). In more detail here.

2017: Involvement of students probationers for assembly of iPhone X

The corporation Apple confirmed that one of her key production partners, the Hon Hai Precision Industry Co. company which is a part of the Taiwan Foxconn Technology Group attracted to assembly of flagman smartphones iPhone X students trainees, and those illegally worked overtime, Bloomberg tells on November 21, 2017. In more detail here.

Foxconn also recognized that at some of its factories students overworked, having noted that it contradicts own policy of the company. At the same time in the company emphasized that already took measures for correction of a situation and prevention of similar in the future.

On July 9, 2016 it became known of intentions of Foxconn to purchase production capacities of Microsoft in Vietnam.

According to the Deal Street Asia edition, transaction amount will be $22 million. Production is placed in the north of Vietnam, in the province Baknin. 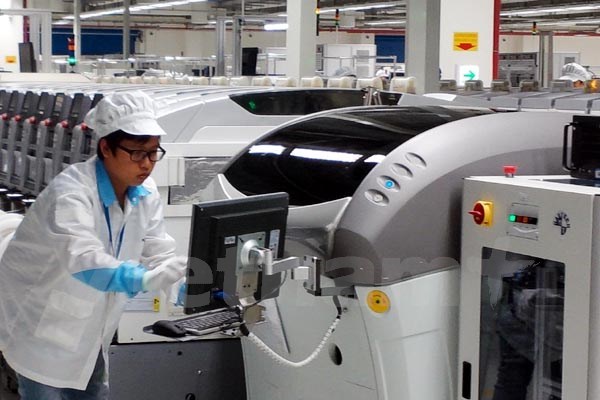 Completion of the transaction is planned for the second half of 2016.

Replacement of 60 thousand workers with robots

On May 25, 2016 it became known that Foxconn replaced with robots 60 thousand workers. Thus, the Taiwan contract producer of electronics is going to cut down future expenses and to increase production — first of all, by orders of Apple.

According to the South China Morning Post edition with reference to the head of department of public relations of city administration Kunshan (the Province of Jiangsu; there is a production center of the industry of electronics) Xu Yulian, at one of the Foxconn plants the number of staff of workers was reduced from 110 to 50 thousand people thanks to implementation of the robotic equipment.[5]

Yulian noted that Foxconn will aim at automation as it is possible bigger number of stages of production process, having left people for accomplishment of more important tasks, for example, for research and development and also for quality control of products.

The representative of Foxconn reported that the company management decided to implement actively in operation of robots because of "financial inefficiency" of manual work.

It is noted that about 600 high-tech companies having production in Jiangsu intend to follow the example of Foxconn. In 2015 they produced about 51 million notebooks and about 20 million smartphones.

According to the authorities of Kunshan, in 2015 35 Taiwanese companies, including Foxconn, spent in total 4 billion yuans ($610 million) for development of artificial intelligence technologies.

The former head of the American representative office of McDonald's Ad Rensi (Ed Rensi) said in an interview of Fox Business that increase in the minimum wage to $15 per hour will make a purchase of robots worth $35 thousand more profitable to production.[6]

2015: Foxconn closed the plant in Russia and invests in India

At the beginning of July, 2015 HP and Foxconn companies closed the plant on production of the PC in Russia, in the settlement of Shushary - the suburb of St. Petersburg. The plant worked in the leased premises, own was not completed (building was frozen in 2009 after crisis and for the beginning of 2013 the plant represented a box from walls and overlappings). The reason of a failure is that production and assembly of the PC in Russia became unprofitable for the company, because of Russia's accession to the World Trade Organization and high cost of production.

The company specifies that the collapse of the PC market of Russia in the I quarter 2015 for 43.6% in relation to indicators of 2014 became decisive motive for closing of the plant.

On August 9, 2015 it became known of plans of Foxconn to invest $5 billion in construction of the plant in India. Investments will be executed within the Made in India program which purpose - creation and transfer to the country of production capacities[7].

Production schedules of Foxconn in India are still unknown. The plant which the company is going to construct in this country will employ about 50 thousand people. Creation of the plant in India will save on compensation of workers (in India salaries lower, than in China) and will bring closer the developing Indian market of consumption.

According to publications in media, Foxconn will create by 2020 10-12 production capacities in different states of India. In plans also construction of DPCs.