In 2019 GoPro gained $1.2 billion that is 4% more concerning an indicator of year prescription. The American company remained unprofitable, but monetary losses were in pure form reduced by 86.6%, to $14.6 million GoPro hopes to come to profit in 2020.

According to the MarketWatch edition, after a release of GoPro to the exchange in 2014 revenue of the producer an action cameras reached the maximum value in the 2015th, having made $1.6 billion. Since that moment of sale never returned to this level, and the quotations of the company sank for 88% in comparison with the IPO level by the time of the publication of financial statements for 2019.

In 2019 earned GoPro in EMEA region (Europe, the Middle East, Africa) of about $359.2 million revenue. The most part of sales are still the share of the countries of North and South America — $523.8 million in the 2019th. Income in the Pacific Rim was equal $311.4 million

At the end of 2019 delivered to GoPro in total 4.26 million digital cameras that it is less in comparison with the amount of shipments in the 2018th (4.34 million pieces). The company sells about 48% of the products independently, and the others are extended by partners.

Follows from the financial statement that in the USA GoPro controls 93% of sales an action cameras in terms of revenue. In the European market in a company asset 83% and 82% of sales of such cameras in pieces and dollars respectively appear (data of GfK).

The number of users of paid subscriptions to GoPro Plus service exceeded 334 thousand people by January 31, 2019 that is 69% more, than the previous year. The website GoPro.com brought to the company more than 10% of revenue at the end of 2019, year on year revenue of the portal increased by 40%.[1]

On April 15, 2020 announced GoPro reduction of number of staff more than for 20% within the program of expense optimization. The company undertakes these measures in the conditions of drop in sales of electronics, including digital cameras, because of spread of a coronavirus of new type. 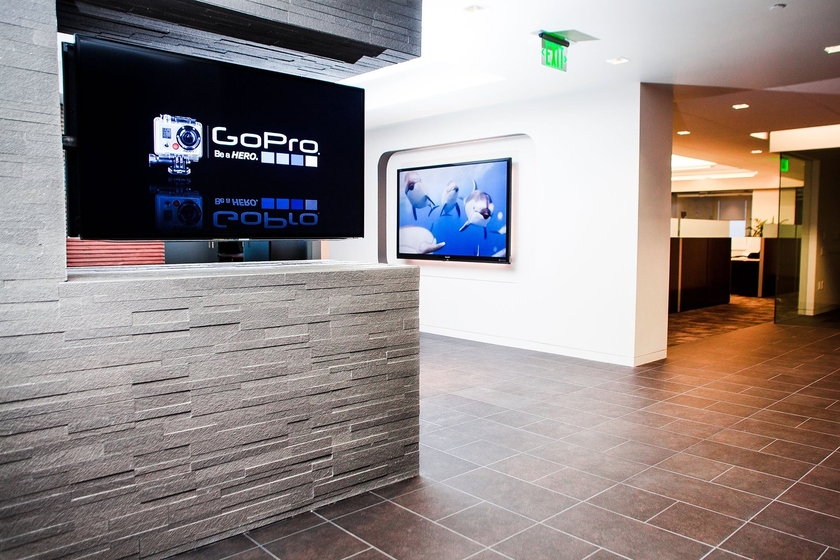 The company is going to cut down cooperation with retail networks to sell to people more devices independently. However it does not concern "the leading retailers in key regions where consumers prefer to make purchases offline or not directly at the producer", says GoPro which provides the MarketWatch edition.

According to own data, in 2019 more than 20% of sales in Europe and about 20% of revenue of GoPro in the American market were the share of the website of the company.

GoPro expects to cut down in 2020 operating expenses on $100 million, including due to liquidation of working positions. And on the 2021st an effective objective on cutting of costs by $250 million, but already without dismissals.

In the first quarter sold to GoPro 700 thousand cameras and expects that release schedules of products and company services for 2020 will not be influenced by the announced operational reductions.

By the end of 2019 in GoPro 926 employees worked. Taking into account the announced wave of reductions of jobs of work about 200 people can lose.[2]

In 2018 revenue of GoPro made $1.15 billion, having decreased by 2.7% concerning the 2017th. Sales fall the third year in a row. If not to consider business indicators in the field of drones which the company contracted then annual revenues increased by 3%.

GoPro ceased to open piece sales of digital cameras. The company only reported that in 2018 they dispersed in quantity which is 9% more than an indicator of year prescription.

GoPro remains unprofitable: net losses reached $109 million at the end of 2018 whereas the previous year they were measured by $182.9 million.

The number of active subscribers   of GoPro Plus service who use paid functions  by December 31, 2018 was 199 thousand that is 50% more, than the previous year. Occupied with GoPro 87% of the American market an action cameras and increased shares in the markets of Japan, South Korea, China and Thailand.

After the publication of financial results of quotation GoPro jumped by 10%, however by the time of the end of electronic biddings share value was only 2% higher in comparison with the previous exchange session. Securities of the company rose in price as income exceeded expectations of Wall Street.

2018 became memorable for GoPro. The company released cheap cameras for stimulation of demand, abandoned the market of unmanned aerial vehicles and optimized work due to reduction of number of staff. As a result the producer managed to improve profitability of business, however it becomes more difficult to sell an action camera as the quality of shooting of the cameras which are built in smartphones continues to improve.

In 2017 4.3 million an action cameras under the name of GoPro against 4.76 million pieces were sold the previous year. The company also provides data of analysts of GfK according to which four years of GoPro more than 80% of the American market in kind control.

GoPro share in sales of cameras for shooting in extreme conditions in Europe made 69% in dollars and 44% in pieces at the end of 2017. In China and Japan the company increased sales by 28% and 96% respectively, report in GfK.

The founder and the CEO of GoPro Nicholas Vudman (Nicholas Woodman) claims that "indisputable demand" for products of the company which are offered at "the correct prices" remains. During the conference devoted to the publication of the reporting he also complained about absence of strong contenders of GoPro because of what it is difficult for company to understand the market and dynamics of pricing on it.

At the beginning of 2018 GoPro reduced the prices of the cameras that, according to Vudman, promoted "instant growth" of sales. However reduction in cost will deprive the company, by its own estimates, about $80 million revenue.

For 2017 follows from the report that the countries of North and South America generate GoPro more than a half of revenue. It fell to the share of Europe and the Pacific Rim a little more than a quarter and the fifth part of sales respectively. The company earns from distributors and direct sales almost equally.[3]

Leaving from the market of drones

In January, 2018 announced GoPro leaving from the market of unmanned aerial vehicles (UAVs) which in the company is considered "extremely competitive".

Began to sell to GoPro the quadcopters Karma in September, 2016, however in few weeks all sold devices (about 2.5 thousand pieces) were recalled because of unexpected power off during flight. The cost of the drone reached $1100. In February, 2017 GoPro resumed Karma sales, and in January of the 2018th it was announced departure of the American producer from this market. 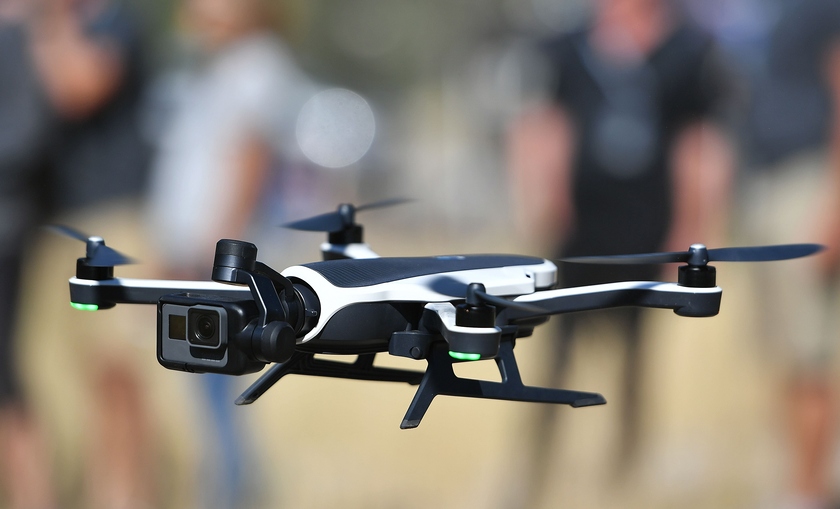 Add to the companies that after sale of the remained stocks of GoPro drones finally will abandon the market. At the same time the producer will continue to give technical and other support to the acting users of Karma.

Turning of UAV business will not do without staff reductions. In 2018 GoPro is going to dismiss more than 250 people therefore the number of staff of the company will fall lower than 1 thousand employees.

GoPro will focus on core business — development and production an action cameras. However and in this market of case of the company go not in the best way. Because of decline in demand Hero 6 cameras fell in price from 500 to 400 dollars at the beginning of January, 2018. Reduction of prices will deprive of vendor about $80 million quarter revenue.

Meanwhile, at the beginning of 2018 at once several authoritative editions reported that  GoPro employs financial advisors of J. P. Morgan for search of potential investor. By hearsay, the company is wanted to be sold.[4]