Government of the Russian Federation 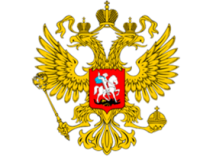 The Government of the Russian Federation — the supreme federal body performing executive power in Russia.
200px

On April 1, 2020 it became known that the president Russia Vladimir Putin for the first time carrying out a remote meeting with the government. The head's press secretary reported about it states Dmitry Peskov.

According to him, Putin will be in the residence Novo-Ogaryovo and by means of a teleconference will contact practically standard set of heads of the government, cabinet who will also be in the workplaces. Development of agro-industrial complex will be a profile subject of an action. 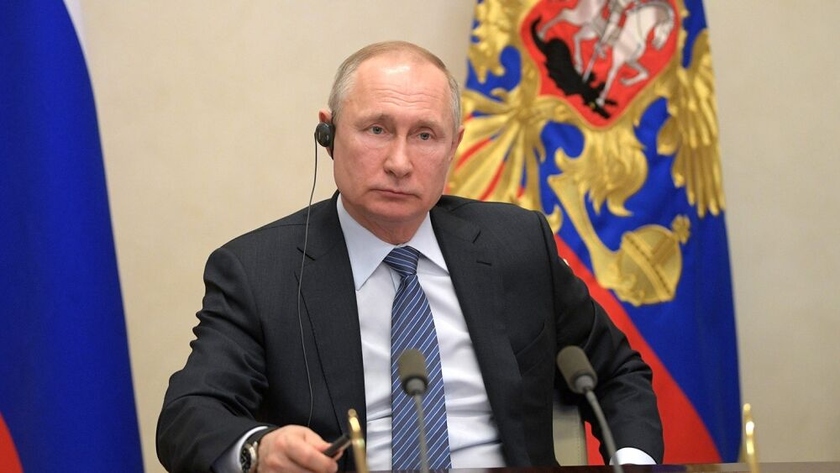 Peskov noted that the teleconference will pass in an open format. At the same time he did not agree with what the president needs to show that he does not leave the house and is, as well as all citizens, in self-isolation.


In Vladimir Putin's diagram there is one more action which will also take place remotely. Did not specify sands whether these measures are connected with detection of a coronavirus at the chief physician of hospital in the Communard Denis Protsenko whom the Russian president and also a number of the Russian officials saw recently. According to Peskov, with the president "all is normal", and he "is regularly tested" for COVID-19 coronavirus.

In March, 2020 Putin participated in the online summit of leaders of the countries of the G20 first in the history. During a teleconference the Russian leader also was in Novo-Ogaryovo.[1]

Mikhail Mishustin is appointed the prime minister. Updating of an office

On January 15, 2020 the president Vladimir Putin suggested to appoint Mikhail Mishustin to the position of the prime minister. Mishustin agreed to hold this post, his candidate is submitted for consideration in the State Duma, the Kremlin press service reported. Read more here. 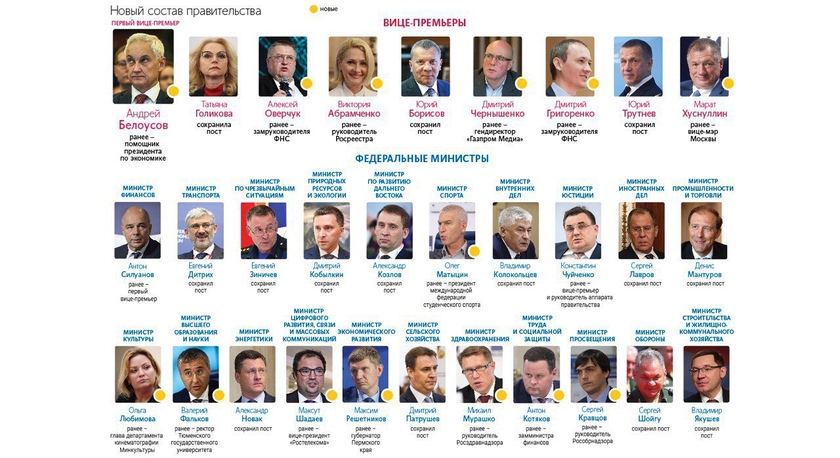 2019: Agreement of Rostec and Government of the Russian Federation on intentions on joint development of four hi-tech areas

On July 10, 2019 the state corporation Rostec in the presence of the President RUSSIAN FEDERATION Vladimir Putin signed with the Government of the Russian Federation of the agreement of intent on joint development of four hi-tech areas – technologies of the distributed register, quantum sensors, the last generations narrow-band wireless communications for Internet of Things and communications of near and average ranges and also the last generations of mobile wireless communication (5G) (together with "Rostelecom"). In more detail here.

Prime minister and his deputies

Income of members of the government

On the second place there was a Minister of Industry and Trade Denis Manturov who declared 103.8 million rubles, and on the third -the Deputy Prime Minister Alexander Khloponin who earned 65.3 million rubles.