The British company Graphcore founded in 2016 claims that it developed the computing module, the first in the market, for machine intelligence — Intelligence Processing Unit (IPU). It is created for achievement of higher performance in applications of artificial intelligence at their start in a cloud and data centers of the enterprises. The module allows to implement AI systems at smaller finance costs. According to the edition Financial Times, Graphcore develops absolutely new type of the processor and the software for AI and machine learning.

By the end of 2018 the number of staff of Graphcore totals 200 people. Offices of the company are opened in Silicon Valley, Beijing and on Taiwan.

2018: Attraction of $200 million investments and receiving assessment in $1.5 billion

In December, 2018 about $200 million investments became known of involvement of Graphcore. According to the results of this round of financing the company was estimated at $1.5 billion. 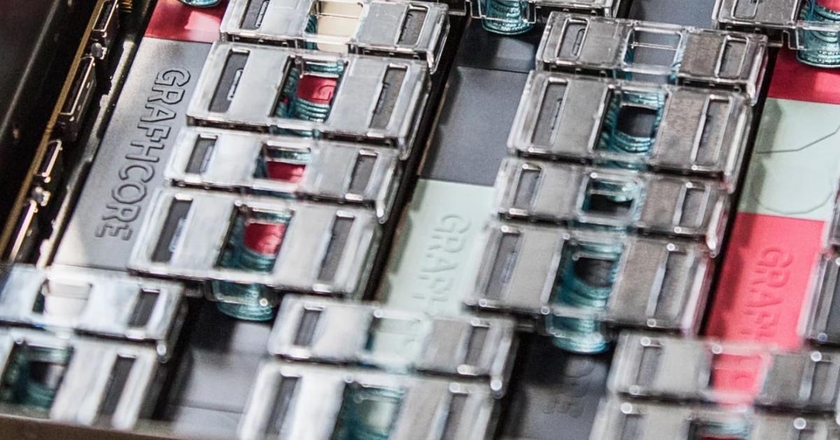 The computing module for machine intelligence of Intelligence Processing Unit

Commenting on investment into Graphcore, the director of BMW i Ventures Tobias Yang noted the following:


According to the founder of Graphcore Nigel Toon, the company created "the most difficult processor in the world" which is intended for creation from scratch and operations of applications of machine mind.[1]