In April, 2017 Promsvyazbank announced mass enrollment of IT employees in ITsBT, in Promsvyazbank and in TechnoSoft company which, as well as ITsBT, formally is "subsidiary" of Technoserv.

It is said in the statement of bank about opening of 300 vacancies among which - Java - and SAP developer, databases specialists, developers Android, IOS, 1C, New Athena.

Judging by descriptions of vacancies[1], it is necessary to develop a single frontal system, the platform of the analysis of Big Data, artificial intelligence and others.

Andrey Leushev working then as the vice chairman of the board of Promsvyazbank at the TAdviser Banks IT Day conference told about creation of "The Innovation Center of Banking Technologies" (ICBT) for the first time in October, 2015.

According to Contour-Focus base, ITsBT was created in August, 2015. As her founders the sisterly companies of Promsvyazbank –Technoserv and Technoserv Consulting act, and the CEO is Andrey Ovsyannikov. Before holding a post in ITsBT, it worked as the Chief information officer of Promsvyazbank.

ITsBT will be engaged in development of banking software applications which will be used further by Promsvyazbank. At the same time she will be able to sell to software and other customers, Leushev said. As of fall of 2015 the company is already a resident Skolkovo. 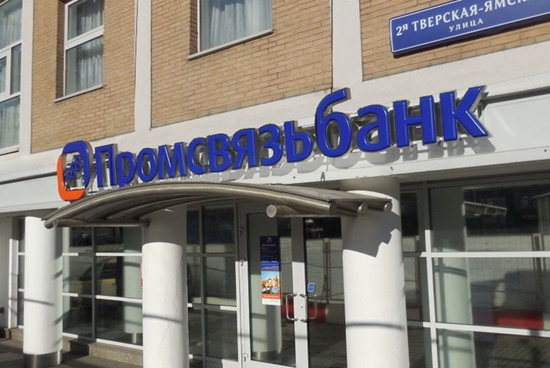 Creation of the company and transfer of developers in it is a part of strategy of informatization of Promsvyazbank. From bank passed 150 people into ITsBT. Strategy assumes that software development of Promsvyazbank should be reformatted: applications will be created further in a new way – according to an open architecture which is going to be developed.

The strategy of informatization includes also creation of venture fund. It will finance development of banking applications by the third-party companies which then are going to be placed in specially created "marketplace" from where also other banks will be able to take them. In "marketplace" at the same time any software developers will be able to place the applications if they meet the set standards. In more detail about fund and "marketplace" -according to the link.

As Leushev spoke in 2015, Promsvyazbank is focused on further use of the applications created in a new format but at the same time will remain open and for use of third-party applications: the company of his own developers from about 100 people will not cover all requirements of large bank.