Institute of Development of the Internet (IDI) 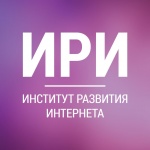 The institute of development of the Internet represents the interests of all Internet industry, including the Internet, software and media. The purpose of creation of Institute – collecting and processing of statistical and analytical information to which all market participants and other concerned parties would have access; and also analysis of trends of development of the industries, both Russian, and foreign. Also it is the platform for discussion of industry, legislative and other initiatives, their reports to profile departments and broadcast of opinion of state bodies of the industry.

2019: Study of a question of resource availability of Runet for disabled people

On September 26, 2019 IRI company reported that in Ministry of Telecom and Mass Communications Russia the meeting of the interdepartmental working group on study of a question of availability of digital information resources to hard of hearing persons, to sight and with violations of coordination of movements took place. The action was devoted to further development in Russia of "global philosophy of availability".


For the purpose of increase in availability of Internet resources to people with OVZ the CEO of Institute of development of the Internet Sergey Petrov suggested to carry out estimated monitorings of different segments of the Internet.


In the nearest future IRI will conduct a series of researches of popular social media, messengers and applications, socially important services and also will repeatedly check availability of content of the state websites. In the summer experts of IRI analyzed more than 400 official sites of federal and regional agencies. Then monitoring showed that on 12 resources of public authorities there is no version for visually impaired. Besides, in 27 subjects of the Russian Federation official portals of different branches of the power which did not use this version were detected. Subtitlings to audio-and video files were not broadcast on the websites in 65 regions of the Russian Federation.

Earlier IRI conducted survey among users of Runet about demand of online services. According to results, the demand of the services adapted for users with OVZ allowed to take them the 4th place.

As of 2018 in Russia 12 million citizens with disability are registered, among them there are 0.7 million handicapped children. Cross-industry specialists are unanimous: expansion of inclusivity of a digital medium becomes for citizens with special needs not only guarantee of successful socialization, but also professional self-realization in information society.

Sergey Petrov is appointed the CEO of IRI

According to sources of CNews, by November, 2017 a conflict situation the situation around appointment of the CEO of IRI was resolved after the intervention Alexey Goreslavsky for quite some time now supervising questions of the Internet of century Presidential Administration. RAEC With respect thereto ROTSIT refused promotion of the candidacy of Buyanov and agreed to compromise option c appointment Sergey Petrov, the chairman of the board Media and Communication Union (MCU).

The ISS association which was headed by Petrov is organized telecommunication and media companies. Her members are CTC Media, Tricolor TV, Rostelecom, ER-Telecom and other companies.

The ISS is known that in 2015 it suggested to prohibit one of the fundamental internet protocols UDP for fight against torrent trackers. The association was also a coauthor shortly before it the adopted laws on restrictions for ownership of foreigners of online movie theaters and regulation of activity of messengers. The Roskomsvoboda resource calls association by the coauthor of one more law: on regulation of work of VPN services though in the ISS communication with this document deny[1].

German Klimenko resigned as the chairman of the board of IRI

Rudykh leaves a post of the director, Klimenko blocks purpose of new

In July, 2017 it became known that the director of the Institute of Development of the Internet (IDI) Ekaterina Rudykh left the post, CNews reported the source close to institute. Her successor is not appointed because of disagreements among founders of institute yet.

According to the interlocutor of CNews, council of IRI elected the new director of institute. Maxim Buyanov, the lawyer of one of founders of institute - the Regional Public Center of Internet Technologies (RPCIT) became him. However other founder of institute, the Adviser to the President of the Russian Federation German Klimenko refused to sign minutes of a meeting[2].

As a result of IRI works without director. The source of CNews believes that the events reason - disagreements between Klimenko on the one hand both the head of ROTsIT Sergey Grebennikov and the head of other cofounder of IRI, Russian Association for Electronic Communications (RAEC), Sergey Plugotarenko, on the other hand.

The situation with IRI affected the Coordination center of the national domain of the Internet (CC) - the autonomous organization regulating the domain zones.Ru and. Russian Federation. At the end of 2015 the charter of CC was changed and adoption of the main solutions instead of council of the organization was assigned to a meeting of founders.

Then IRI was among founders of CC. Now, according to the director of CC Andriy Vorobyov, the absence at IRI of the director or the person authorized by the director does not allow CC to hold a general meeting of founders. This meeting should resolve a number of points of order: approve priority activities of CC, approve the annual report, elect audit committee, etc.

The press service of IRI did not begin to comment on a question of the director, having noted that it is in competence of council of the organization. German Klimenko did not answer a call of CNews. Sergey Grebennikov was limited to the comment that in a question of election of the director of IRI "there are small difficulties, but you should not look for in it policy".

At this time IRI implements some other projects: the institute created own Competence Center in the field of ICT, conducts selection of messengers for use in state structures, selects projects for financing by venture funds and develops telemedicine.

Reduction of financing after Volodin's transition to the State Duma, an outcome of employees

At the beginning of 2017 the Vedomosti newspaper wrote about problems to IRI: after Vyacheslav Volodin left Presidential Administration and headed the State Duma, financing of institute was sharply reduced (it was performed by means of grants from the state). As a result the most part of employees of institute was forced to leave.

Rostelecom and IRI are going to create the rating of the smart cities of Russia. Later the project was winded down

The Institute of Development of the Internet (IDI), PJSC Rostelecom and National association of the industrial Internet presented a technique and evaluation criteria which will form the basis of formation of the future of "The rating of the smart cities of Russia" in December, 2016.

In July, 2018 ANO Institute of Development of the Internet (IDI) announced the suspension of work on the Rating of the smart cities of Russia. Read more here.

The institute of development of the Internet acts as one of founders of Competence center on import substitution in the field of ICT which is created at the request of the Russian President Vladimir Putin. In more detail about the Center - according to the link.

The expert advice of IRI for 2016 included industry experts and experts of allied industries, including representatives of telecom operators and media companies, reported on the official site of the organization. Many of them already took part in development of the long-term program of development of Runet and the related branches of the economy – it the report was submitted to the Russian President Administration and the Ministry of Telecom and Mass Communications. Now, within implementation of this program the expert advice of IRI will continue to be engaged in the Index of Runet – the system of the criteria reflecting a status of Runet in general, defining interference of the industry of high technologies, allied industries and economy, to reflect the level of Internet development of regions of Russia.

In 2015 the President Russia Vladimir Putin charged to IRI to prepare the program of long-term development of the Internet.

The draft of the program was ready in the fall of 2015, then as addition to it the institute prepared eight road maps on development of the directions, adjacent to the Internet ("the Internet + Education", "the Internet + Meditsina", etc.). Developers were going to show these documents to Vladimir Putin at a meeting with Internet figures at the end of 2015. The meeting took place, the program and road maps were not approved, but according to the results of a meeting the president suggested German Klimenko to become his adviser.

IRI was created at the beginning of 2015 as the public organization aimed at the development of the Internet and adjacent spheres. The institute was founded by RAEC, ROTsIT, the Media communication union (ISS), the Internet Initiatives Development Fund (IIDF) and German Klimenko.

Was considered that the institute had a solid political lobby: he was supported by Vyacheslav Volodin holding at that time a post of the Deputy of the Chief of the Presidential Administration.

2014: Initiative of creation of IRI

The idea about creation of IRI was provided by the Russian Association for Electronic Communications, Internet Initiatives Development Fund, the Media and communication union and Regional public the organizations "Center of Internet Technologies" in 2014 and supported by the Russian President Administration.

The institute of development of the Internet represents the interests of all Internet industry, including the Internet, software and media. The purpose of creation of Institute – collecting and processing of statistical and analytical information to which all market participants and other concerned parties would have access; and also analysis of trends of development of the industries, both Russian, and foreign. Also it is the platform for discussion of industry, legislative and other initiatives, their reports to profile departments and broadcast of opinion of state bodies of the industry.

"Considering speed sew ̆ lives, it is important to have the position approved by all interested participants, accurate vision of the future timely to react to changes, on any calls of time effectively to develop the Internet industry, and to offer the new ideas to global market. For this purpose we need more relevant ̆ to information, analytics, trends, both world, and Russian. It is also important to have also the suitable platform with which ̆ we would obtain information and could broadcast vision to the market for further discussion. We decided to select activities for collecting and the analysis of trends, analytics, discussion of data retrieveds and broadcasting to their all interested persons in separate structure - Institute of development of the Internet", - Varlamov Kirill, the director of IIDF says.

"In Russia and in the world the wrong opinion on development of the Russian innovation market not in the best direction for economy is sometimes created, – and it needs to be changed. We have a successful long-term experience of carrying out own research projects (in different areas: from the rating of Internet development of regions of the Russian Federation – prior to a research of economies of the Internet markets and a contribution of Economy of Runet to GDP of the Russian Federation). It is sure that these our practices and analytical products will become a good content contribution to new structure. And the RAEC, in turn, will get access to much broader spectrum of analytical materials and will be able to initiate a number of new products and researches in those areas where we have no traditional presence, but knowledge of which will help Internet business to develop more dynamically and more steadily", – the director of RAEC, Plugotarenko Sergey comments.