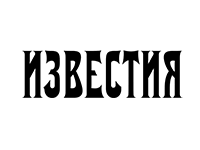 MITs Izvestia ─ the private multimedia information center integrating editorial and technological capabilities of news services of REN TV channels, Channel Five and the Izvestia newspapers. MITs Izvestia is the platform on production of raznoformatny information content – for TV, printing and the Internet. The command of the joint edition exceeds 1.5 thousand human. MITs Izvestia includes the new Internet portal IZ.ru combining possibilities of the full-time news TV channel and the social and political edition. Edition of the portal broadcasts information in several formats at once.

The owner of the Izvestia newspaper — National Media Group holding (NMG), but under the contract since 2011 calculated on five years manages the edition of the newspaper News Media media holding of Aram Gabrelyanov, and the INews company entering it is a publisher of the newspaper.

The source close to News Media, at the beginning of a year reported to RNS that transition of Izvestia to management of any other structure will be complicated by the fact that all information technology infrastructure of the edition is integrated into News Media, on formatting processes without News Media participation, time will be required.

In May, 2016 it became known that structures of the media manager and the founder of Life.ru Aram Gabrelyanov will continue to issue Izvestia till September, 2016. RNS with reference to the source close to the edition reports about it.

Since August first, 2016 the rights to the edition of the Izvestia newspaper pass to JSC Izvestia Newspaper. The agreement with LLC INEWS (is under control of Aram Gabrelyanov) issuing Izvestia since June sixth, 2011 terminated on July 31, 2016. Arseny Oganesyan appointed the Chief Editor on the first of February will continue to direct the editorial office of Izvestia.