In operation of MES of Western Siberia there are 83 substations of 220-500 kV with a total transformer capacity about 35,296 MVA.

Trunk power grids of Western Siberia perform the activity in the territory of the Tyumen region with a total area of 1435.2 thousand sq.km, strategically important for Russia, with the population over 3.2 million people. On October 1, 2005 the branch accepted on service the first 4 thousand km of transmission lines and 14 substations, and by January, 2006 – 67 more substations and 6573 km of the lines relating to the Single national (all-Russian) electric network (ENES). 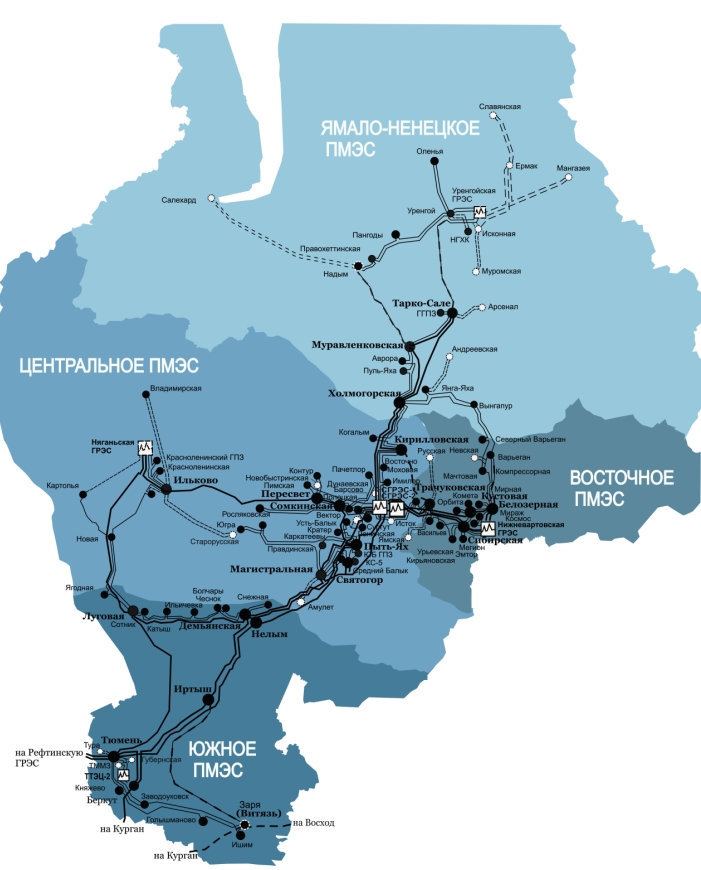