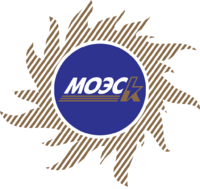 The largest supplier in the market of power grid services in Moscow and the Moscow region.
Owners:
IDGC Holding
200px

MOESK is an asset Rosseti and one of the largest distribution electric grid companies of Russia. Stocks of the company address on the Moscow Stock Exchange.

MOESK performs services in electric power transmission and technology joining of consumers to the electric networks in the territory of Moscow and the Moscow region.

In the territory of Moscow MOESK is the largest supplier in the market of power grid services. In 2016 its share made 60% in volume of the necessary gross revenue (NGR) of the region. In the territory of the Moscow region the similar indicator for MOESK was 71% in 2016.

The area of the serviced MOESK of the territory is about 46.9 thousand km ². Total number of the population – over 19 million people.

The structure of the company as of 2017 includes 8 branches with a total number of staff over 15 thousand people and 4 subsidiaries.

As told TAdviser in the company in June, 2017, by 2023 MOESK is going to implement the project of creation of intelligent distribution networks (Smart Grid) in one of territories of service - in Nova Moskve. On this pilot zone MOESK "will roll" technologies which then can be applied to intellectualization of networks in all Moskve. About how this project moves ahead and its main difficulties in MOESK told TAdviser in June, 2017. Read more here.