In December, 2018 it became known that the innovation Malta project which was a part of secret laboratory of the X Google corporation earlier is selected in the independent company. The startup was supported by investors billionaires among whom there is a founder of Microsoft Bill Gates and the head of Amazon Jeff Bezos. Malta will allocate the received funds for further development of the storage system of the energy capable to become in the future an alternative to Li-ion power storages.

During a round of financing of Series A, Malta attracted $26 billion from Breakthrough Energy Ventures LLC investment fund, reported in the company.[1] 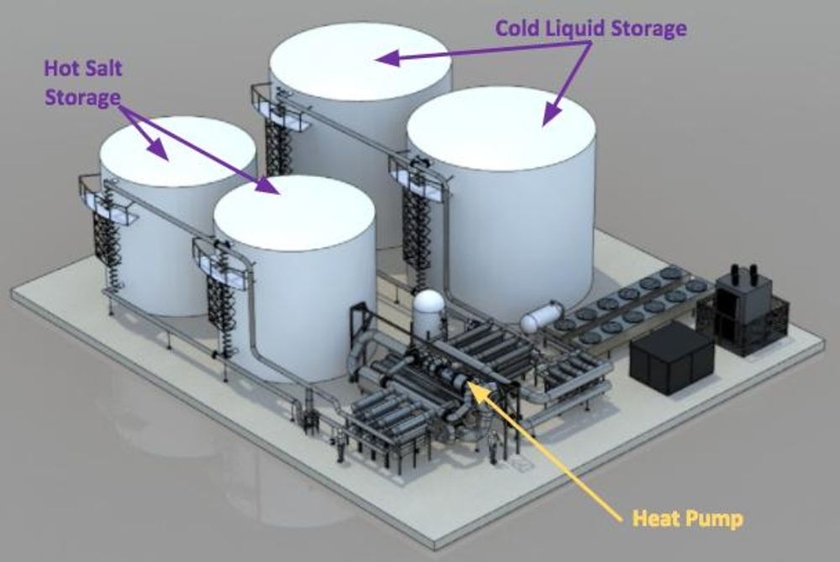 According to VentureBeat, in addition to Gates and Bezos the media mogul Michael Bloomberg, the founder of Alibaba Group Jack Ma and the CEO of Salesforce.com Marc Benioff are among investors of fund.[2]

The technology of storage of energy developed by Malta is based on the ideas of the American physicist and Nobel laureate Robert Laughlin (Robert Laughlin). Its essence that energy from renewable sources with variable character, such as the sun and wind, is used for actuating of the thermal pump which will transform electricity to thermal energy, creating a difference of temperatures. Then heat remains in the reservoir with the melted salt, and cold - in capacity with coolant. When electricity is required, the difference of temperatures will be transformed back to electrical energy using the heat engine and moves in network.

The companies, most likely, will be required additional resources for construction of a full-fledged object, the chief executive officer of Malta Ramya Swaminathan said. He added that as the possible platform for a pilot project the company regards China, Bloomberg tells.[3]