In 1995 the representation of Microsoft China began work.

2012: Increase in number of employees up to 5.5 thousand people

Microsoft will try to reduce backlog from main competitors, Apple and Google, in one of key world IT markets.

Not least Microsoft interests also the Internet market of China: at this time in the country about 400 million people are users of the wireless mobile internet. The number of Internet users in China for July, 2012 was 538 million people that is 11% more, than the previous year, according to China Internet Network Information Center.

Microsoft is interested in promotion in local market of the new operating system for the mobile devices Windows 8, but Apple and Google Android already take rather strong positions here.

"In local market there are two strongest players, and we are ready to the attack, are ready to propose solutions to change the plan of a game", - the CEO of Microsoft in China Ralph Haupter said.

Microsoft will increase the staff of workers in China on 1 thousand employees in 2012. Before the number of employees of Microsoft in this country was 4.5 thousand people, including developments, marketing and customer support. As for the budget on developments, it will be increased by 15% to $500 million, according to the chairman of Microsoft on research and development in the Pacific Rim Ya-KiN Ya-Qin Zhang.

According to Chiang, also for 15% the staff of department of developments of the company in China which at the moment contains 3 thousand will be increased human. In China there are 6 Microsoft development centers which 80% of time are spent for creation of products for global market. It is also known that Microsoft builds data center for cloud services in Shanghai which employees will be 600 people.

Haupter also said that Microsoft intends to expand an ecosystem of local partners who develop mobile applications especially for China. Finally the Chinese division of Microsoft will be comparable on scale to Indian where as of September, 2012 5.8 thousand work human.

Prohibition on use of Windows 8 in a public sector

Activity of Microsoft is under close attention of the authorities of Celestial Empire long ago, and 2014 was issued extremely heavy for the Chinese business of software giant.

At the end of August antimonopoly authorities of the country began check regarding honesty of methods which are applied by Microsoft at promotion of the Internet Explorer browser, the Windows Media Player player and other products. During this investigation underwent sudden testing of office of the company in Beijing.

Besides, in China blocked Microsoft OneDrive service and ban on use of the Windows 8 operating system in public institutions was imposed.

the Fine of $140 million for avoidance of taxes

On November 23, 2014 the Xinhua agency published article in which announced deviation of Microsoft from payment of taxes during operation in China. Due to the violation of the local tax law the American corporation will be fined almost $140 million.

It is interesting that the Chinese edition did not mention a name of Microsoft in the publication. Journalists only wrote that it is about firm with the first letter "M" in the name which is included into 500 world's largest companies and has since 1995 full-fledged representation in Beijing. Only Microsoft gets under these criteria, Reuters notes.[1]

According to the media representing Celestial Empire , Microsoft is accused of concealment of profit on taxes for what it is fined in 840 million yuans (about $137 million at the rate of for November 26, 2014). Not only unpaid taxes, but also percent for overdue payments enter this amount. Besides, the software giant will annually pay in the state budget more than 100 million yuans ($16.3 million) as an additional charge. 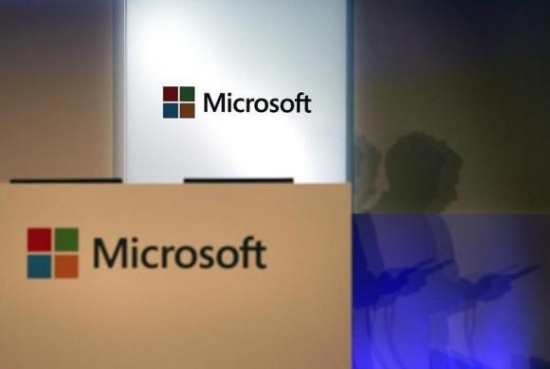 Xinhua writes that Microsoft did not begin to dispute the decision of the authorities and is ready to pay the stated amounts. However at the American office of Windows producer disprove messages about non-payment of taxes, saying that the company manufactures tax deductions in full accordance with the bilateral agreement signed by China and the USA in 2012 in the People's Republic of China.

Meanwhile, in the Chinese press told about the scheme which was used by Microsoft in the country for tax maneuvers. It is reported that officially for the last six years the local representative office of corporation recorded the loss exceeding 2 billion yuans ($326.2 million) whereas activity of competitors in the market was considerably profitable. It turned out that more than a half of income Chinese "subsidiary" sent Microsoft to head office in the USA under the guise of the fee for research works and a technical support service.