Ministry of Industry and Trade of the Russian Federation Minpromtorg

The Ministry of Industry and Trade of the Russian Federation is the federal executive authority performing functions on development of state policy and legal regulation in the field of industrial, defense and industrial and fuel and energy complexes in the field of use of atomic energy, space activity and development of the aircraft equipment, construction, architecture, housing policy, a housing-and-municipal complex, atomic and technology supervision and also function of federal body for technical regulation and national authority on standardization. 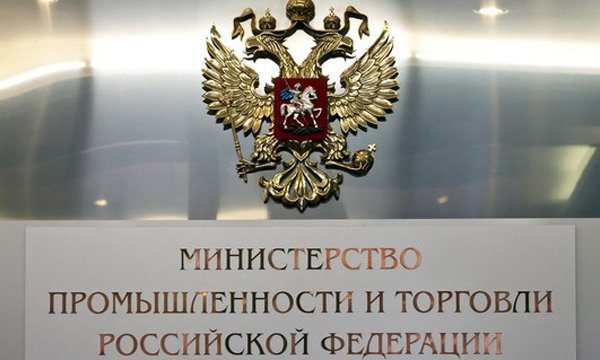 In May, 2020 in an interview of TAdviser Vasily Shpak, the director of the department of the radio-electronic industry of Minpromtorg of Russia told about using what measures the state will activate implementation of the Russian equipment in IT systems of the companies. Read more here.

Transfer of employees to remote work in connection with a coronavirus

On March 17, 2020 reported to RBC that the Ministries of Economic Development, Minpromtorg and the Ministry of Telecom and Mass Communications which moved to a government complex in "Moscow City" intend to transfer the employees to remote work.

Heads of departments signed the relevant order in connection with an epidemiological situation in Moscow against the background of spread of a koronavirusny infection. Read more here.

On January 22, 2020 it became known that technical committee "Cyber-physical Systems" based on RVC together with PJSC Rostelecom and the All-Russian institute of certification with assistance of the Ministry of Industry and Trade of the Russian Federation submitted the largest series of preliminary national standards of Internet of Things in the history of the Russian normative regulation for public discussion. Read more here.

On June 4, 2019 in Federal State Unitary Enterprise MNIIRIP there took place the meeting of the working group on questions of the radio-electronic industry at the Advisory board of Minpromtorg of Russia. The director of the department of the radio-electronic industry of Minpromtorg of Russia Vasily Shpak told the staff of MNIIRIP about a situation in the industry and new tasks of institute.

The main task of Minpromtorg of Russia is adaptation of the enterprises of defense industry complex to market conditions when implementing civil products today. More than 170 projects on diversification of a MIC are at the moment created already. It is going to implement them in the next four-five years.


Today country situation changes, new technology way forms. In the conditions of the forthcoming reduction of state defense order it is necessary that the enterprises of the industry saved financial stability. Therefore it is required to make civil products and to be profitable.

Players of the market of microelectronics are convinced that domestic manufacturers have all necessary for release of a full range of domestic electronics. It is extremely important for Russia as in transition to digital economy the industry will play one of key roles.

Since June, 2019 Vasily Shpak is appointed the director of the department of the radio-electronic industry of Minpromtorg. It released Sergey Khokhlov from this duty.

Purpose of a grant to the staff of Avtomatika concern

On April 18, 2019 Avtomatika concern reported that the Ministry of the industry and trade RUSSIAN FEDERATION appointed grants to 14 employees of holding "Avtomatika Concern for the significant contribution and outstanding achievements in creation of disruptive technologies and development of modern samples of arms, the military and special equipment for the benefit of ensuring defense of the country and security states. In more detail here.

Selection of 99.7 million rubles ElVIS-NeoTech on development of the single board computer

On April 10, 2019 it became known that Minpromtorg selected 99.7 million rubles for support of the project of domestic company "Elvis Not Hypostasis" meaning serial release of the single board computer of its own development intended for video analytics on transport. Read more here.

2014: Sergey Khokhlov is appointed the head of department of the radio-electronic industry

Since April, 2014 the position of the Director of the department of the radio-electronic industry of the Ministry of Industry and Trade of the Russian Federation was held by Sergey Khokhlov.