Infotech Group — the participant of NAPI

The company Infotech Group was included into National association of participants of the market of industrial Internet (NAPI). Infotech Group supports formation digital economy in Russia and develops technologies IoT, IIoT and Blockchain in the market of domestic software.

Infotech Group implements in the Russian state organizations and business companies the innovation IT solutions for optimization of management and production. Products and systems are under construction based on own innovation technology platform of Infotech.

In solutions of the company advanced technologies of Internet of Things and the distributed data storage and also methods of predictive analytics and work with Big Data are used. So, the Infotech Intellect technology allows to aggregate arrays of diverse data from the separate systems, to analyze them, to detect in them the hidden patterns, trends, stereotypic schemes and to build forecast models. In practice it means that the companies will accumulate not just data (as it occurs now), and will force information to work for advantage of the business, to take from it solutions for debugging of business processes, cost optimizations, to predict further business development and to introduce amendments.


The range of industry solutions of Infotech Group and their functionality allow to substitute completely the import systems and to solve problems of the organization even in highly specialized spheres.

According to data of PwC, technology of the industrial Internet allow to reduce significantly costs and to increase performance. On expectations of the largest companies of the world within five years of investment into industrial Internet technologies can increase efficiency on average by 18% and reduce costs for 14% and also provide growth of revenue by 2.9% annually. In foreign practice of the greatest development the market of the industrial intern reached in the field of management of city infrastructure (the so-called "smart city"), the industry and consumer market. Industrial IoT of technology are a priority in Germany – is planned that their implementation will increase performance by 30%. In Russia IOT solutions are applied, first of all, in power industry, transport and logistics.

Cooperation with Industrial Internet Consortium (IIC) will give to participants of NAPI the accessibility to foreign practicians of development of solutions and which implementations of projects are the cornerstone technologies of the industrial Internet, and with assistance of Association, to perform start test bedov and pilot projects in the territory of Russia.

The agreement on cooperation with Rosseti and MegaFon

In July, 2016 the Director of the Center of strategic innovations of PJSC Rostelecom Boris Glazkov and the President of NAPI Vitaly Nedelsky told about start of work of National association of participants of the market of the industrial Internet, the purpose of its creation and the immediate tasks.

NAPI represents the platform for cooperation of different participants of the market of the industrial Internet: industrial enterprises, equipment suppliers and software, telecom of operators, research organizations, etc.

"The main objective of Association is not simply to develop, and to actually create the market of the industrial Internet in Russia. We begin to integrate representatives of the market of the industrial Internet and we will create project consortia for start of pilot projects in the different industries", – the President of NAPI Not Delhi Vitaly said.

On April 14, 2016 it became known of plans of Rostelecom for creation of Industrial Internet Consortium which can include interested in its organization development also the enterprises. 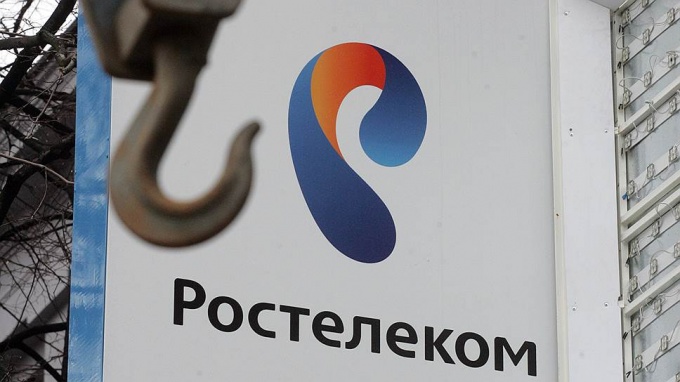 Rostelecom predicts that by 2020-2021 the effect of implementation of Internet of Things can be measured by 0.8-1.4 trillion rubles thanks to performance improvement of work for 10-25% in the real sector of economy and to reduction of expenses on 10-20%.

The question of creation of consortium was going to be brought up at general meeting of shareholders of Rostelecom in June, 2016, the representative of the company Kira Kiryukhina said. According to her, the operator already signed the agreement of intent to create such consortium with "The Russian space systems". To the middle of April, 2016 there is a formation of a pool of future participants and corporate procedures, Kiryukhina added.[1]

Rostelecom together with JSC Rossiyskiye kosmicheskiye sistemy and IR Sibintek LLC took the creation initiative in the Russian Federation of similar consolidation at the end of 2015. The relevant proposals were directed by the president of Rostelecom company Sergey Kalugin to the head of state and got support (order of the Russian President of 12/18/2015 No. Pr-2642).

Sergey Kalugin asked the president to charge to the government to develop the program of system implementation of Internet of Things at the Russian enterprises. It will demand creation of a necessary regulatory framework and also rendering organizational support to Rostelecom during creation of consortium. The telecommunication company expressed readiness to head Industrial Internet Consortium and to become the operator of the corresponding infrastructure.

RKS and Rostelecom signed the memorandum of creation of the organization

The association is created for the purpose of assistance to implementation of the technologies of the Industrial Internet necessary for the accelerated growth of economy and industrial production of Russia, ensuring cross-industry integration of solutions in the field of the industrial Internet by means of consolidation of efforts of the largest industry companies, research organizations and other interested participants. 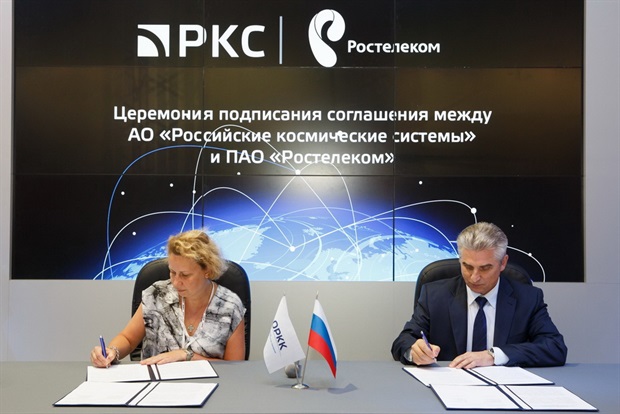 "The industrial Internet is a new round in digital transformation of economy, one of characteristics of new technology way. At world level there are successful examples of implementation of projects in this sphere, and we consider that Russia is ready to implementation of technologies of Internet of Things in the industry and power. Rostelecom already became the initiator of creation of the relevant consortium and sees itself the participant of specific projects, the operator of infrastructure of collecting and processing of technology data and also the platform on which applications for the largest industry enterprises will be unrolled. Together with "The Russian space systems" we are going to found consortium which will provide cooperation of different participants when building production chains in line with "the Industry 4.0", development of standards, formation of new business models, - Maria Florentyeva, the senior vice president of PJSC Rostelecom said. - Now we hold negotiations with a wide range of industry players on the accession to Association".

Andrey Tyulin, the CEO of RKS, noted: "Today together with Rostelecom we open the new page of history of the hi-tech companies of Russia. Symbiosis of information and advanced production technologies define future development of industrial leaders. "The Russian space systems", having the modern equipment and competences for development and production of the equipment of space appointment, in partnership with Rostelecom combine efforts for formation of a new production paradigm".

The consortium is created as the open organization ready to accept the interested participants working in different sectors of the Russian economy:

It is supposed that the Association will become the platform for multilateral interaction of industrial enterprises, suppliers of software and hardware solutions, integrators, operators, the scientific organizations and other participants.