Nokia is the Finnish company. Began to work in the field of production of telecommunication equipment from the middle of the 1960th.
Owners:
Solidium - 3,3%
Shareholders – more than 500 institutional investors. 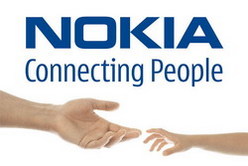 The history of Nokia - one of the most improbable sagas about business 90-x years of the 20th century. As wrote the BusinessWeek magazine, at the beginning of the 90th the Finnish conglomerate problems, very far from cellular communication, disturbed: then sales volume to the Soviet Union which was on the threshold of disintegration … toilet paper began to decrease sharply. And already by the end of the millennium the same Finns, having reoriented on production of cell phones, exceeded in the market, new to themselves and Ericsson and Motorola. Quickly enough Nokia became one of the leading players of the world market of telecommunications and also one of the richest European companies.

By November, 2018 the Nokia corporation makes the equipment for operators of cellular and fixed connection. In the past the company released mobile phones and offered cartographic services, however these businesses were sold. Nokia is the public company which stocks are quoted at the Helsinki, Stockholm, Frankfurt and New York exchanges.

By January, 2020 activity of Nokia is divided on the following divisions:

"The future of medicine is a remote surgery with data transmission on the networks of standard 5G which are almost excluding delays and also the miniature next-to-skin gadgets which are continuously monitoring the state of health. Such devices will allow doctors to prevent many diseases still before they develop", - the CEO of Nokia Rajiv Suri in Davos in January, 2018 said during the speech.

As confirmation of the words of Suri cited as an example the wearable gadget developed in Nokia which will constantly monitor composition of blood of an organism regarding existence of biomarkers of cancer and at the slightest suspicion to inform on it both the person, and the attending physician. Also Finnish company works on creation of special "sleeve" which will constantly monitor the level of cholesterol, lactic acid and glucose in blood. For these purposes Nokia purchased the European producer of "smart" medical devices, Withings company.

The Nokia corporation began activity then in the USSR in the 60th years.

Since 1993 the interests of Nokia in St. Petersburg were represented by the Nokia Switching Systems (NSS) enterprise. In 1997 Nokia Ltd with head office in Moscow was created. Offices Nokia are in key regions of Russia and also the CIS countries.

In 2019 Nokia gained 23.32 billion euros that is 3% more, than the previous year. Without rate fluctuations of currencies of sale at the Finnish producer of telecommunication equipment rose by 1%. The CEO of Nokia Rajiv Suri called the 2019th difficult.

The most part of turnover of the company is still the share of sale of the equipment for operator networks: the relevant division in 2019 registered revenue in 18.21 billion euros that for 5% exceeds value of year prescription.

Nokia gained 23.32 billion euros that is 3% more, than the previous year

The amount of software business increased by 2%, to 2.77 billion euros, and in division of Technologies Nokia annual revenues were equal to 1.49 billion euros (-1% in comparison with 2018).

Net losses in the amount of 549 million euros which were registered in 2018 in the 2019th were replaced by net profit at the level of 563 million euros.

The most profitable division is Technologies Nokia thanks to the fact that it requires small investments and earns generally from licensing of technology. In 2019 profit was 1.24 billion euros against 1.2 billion euros here the previous year.

In division on release of telecommunication equipment profit was reduced by 14% and was 665 million euros. Profit in the direction of Software Nokia — to 589 million euros rose by 31%.[1]

In the history of development from paper-mill to the supplier of telecom infrastructure of Nokia made a set of transactions on merges and sale of own assets.