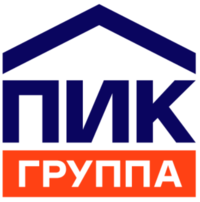 PIK Group is present at 10 Russian regions and conducts work on implementation of the extensive diversified project portfolio.

Fields of activity of PIK Group

The net profit of public developer PIK Group for 2016 was 11 billion 5 million rubles. It follows from the reporting of the company under RAS. In comparison with 2015 this indicator increased by 3.1 times (then net profit was 3.521 billion rubles). The sales profit at the same time was reduced by 28% and made 3.217 billion rubles.

Annual revenues grew by 11% from 15.5 billion to 17 billion rubles. The total debt for the end of the 2016th made 52 billion rubles. Asset cost, in turn, almost doubled. The corresponding indicator increased by 46% up to 164.681 billion rubles. Generally it is connected with purchase in the fall of 2016 of developer "Moreton".

Before acquisition of Moreton Group, according to the intermediate reporting for September 30, 2016, the asset cost of PIK Group was 122.303 billion rubles. Thereby, it is possible to judge that the cost of Moreton was about 40 billion rubles. Such number was given earlier by sources of Vedomosti.

VTB became the owner of 19.27% of one of the largest development companies of Russia — PIK Group, follows from information posted on the official site of bank. The transaction was closed on June 23, 2015 then under control of VTB passed 127.29 million voting shares[1].

The share in development company passed to bank within the repo transaction (security purchase with the obligation of share repurchase by the seller through the stipulated period at the fixed price), told RBC in the press service of VTB. It was not succeeded to receive the comment about it in the PEAK group of RBC.

The developer attracted the loan from VTB Capital for 24.3 billion rubles in June, 2014 for a period of one year with a possibility of prolongation up to five years. The analyst of Sberbank CIB Yulia Gordeeva at the beginning of a year noted that restructuring of this debt on acceptable conditions will become one of tasks of the company. On June 11 the bank prolonged a loan term for two years with a possibility of prolongation for as much. As pledge on the credit stocks of the company which carried over bank within the repo transaction act, told RBC the source close to participants of the transaction.

Receiving state guarantees of the Government of the Russian Federation

PIK group is founded in 1994 and is one of the leading Russian developers in the field of the residential real estate. PIK group concentrates on projects in Moscow, the Moscow region and a number of regions of Russia. A core activity of the company – construction and implementation of housing of economy class, mainly in a segment of panel industrial housing construction.