The prime is large information and analytical center. The agency releases a broad spectrum of information publications: news online, state-of-the-art reviews, databases, specialized thematic bulletins and also actively conducts developments in information technology field. In particular, the agency creates a number of the information trading systems: the software for the securities trading, a complex of programs for the organization of biddings in the FOREX market, the terminal for trade on MICEX.

1993: Foundation of the Prime agency

In 1993 the private news agency "PRIME" is founded.

In 1996 based on "PRAYMA" the economic agency "Prime-Tass" which 35 percent belonged to ITAR-TASS was created.

Rumors about sale of the agency in RIA Novosti

In March, 2011[1] became known[1]that state RIA Novosti can become the main owner of Prime-Tass news agency. $5 million can pay RIA Novosti for 65% of shares of the agency which now top managers own and "Evrofinance to Mosnarbank".

35% in authorized capital of Prime-Tass belong to Federal State Unitary Enterprise ITAR-TASS, on 5% at top managers Oleg Ananyev, Alexey Meleshko and Leonid Vorontsov. Remained 50% structures "Evrofinance of Mosnarbank" own. An exit of structures of Evrofinance from among shareholders of Prime-Tass is really discussed, the CEO of the agency Oleg Ananyev confirmed to Kommersant.

The source close to Evrofinance specified that the bank was never a shareholder of Prime-Tass, and acted only as the consultant of a number of private shareholders. Really, Prime-Tass in the list of affiliates of JSC JSB Evrofinance Mosnarbank does not appear, Group Evrofinance LLC (specified in base of SPARK-Interfax as one of co-owners of Prime-Tass) was liquidated in 2009.

Together with Evrofinance also top managers of the agency can sell the packets. 65% of Prime-Tass are estimated approximately at $5 million, one of interlocutors of Kommersant assures. In 2009 revenue under RAS of AEI Prime-Tass Ltd made 176.1 million rubles, profit — 4.66 million rubles. For comparison: revenue of RIA Novosti for the same year exceeded 600 million rubles at net loss of 1.277 billion rubles.

RIA Novosti does not take the share of Prime-Tass, the First Deputy Chief Editor of RIA Novosti Maxim Filimonov insists. "It is interesting to us to work with one of the oldest players in the market of financial information, but no more than that" — mister Filimonov assures. He explains that RIA have very difficult form of business — federal state unitary enterprise that excludes a possibility of simple acquisition of stocks of other companies. But in the legislation there is no prohibition for federal state unitary enterprises on commission of similar transactions if only it is specially not stated in the charter. It is important only that property acquisition including money for purchase of shares of other organizations, did not deprive of federal state unitary enterprise of an opportunity to perform the activity for which it was created, the lawyer "Yukov, Hrenov and partners" Anna Burdina explains.

If the transaction takes place, it will not change alignment of forces in the market of news agencies in which largest players are Interfax and RIA Novosti, the CEO of ID Komsomolskaya Pravda Vladimir Sungorkin is sure. "For us any news agencies have no that defining value any more as a few years ago — he explains. — In modern information space the subscription for their films allows to win against competitors no more than 20 minutes".

Interfax skeptically estimates possible gain of the main competitor. Acquisition of Prime-Tass does not keep within the strategy of RIA Novosti to be guided by the end consumer and public services, the chief executive of service of financial and economic information of Interfax Yury Pogorely considers. According to him, transition of Prime-Tass to new owners will not strengthen the competition in the market. "If earlier activity of the agency was supported by ITAR-TASS, then now it will do RIA Novosti" — he considers.

In May, 2011 according to solutions of the carried-out extraordinary general shareholder meeting AEI PRIME-TASS Ltd, the agency will return itself the name "PRIME". Quite so it was called from the moment of the foundation in 1993 and till 1996 when based on assets and correspondent network "PRAYMA" the PRIME-TASS agency which shareholder was ITAR-TASS agency with a packet in 35% was created.

Change of the name with Prime. Rebranding

Fully the procedure of rebranding is going to be finished until the end of 2011. Integration of editorial processes of AEI "PRIME" and RIA Novosti will take place in several stages. The first stage connected with renaming of the agency is almost complete. New documents will be signed on behalf of AEI PRIME Ltd after completion of state registration of changes in the charter. All agreements and agreements which are earlier signed by PRIME-TASS and also former obligations of the agency will continue to work without restrictions. Besides, for AEI "PRIME" there are all trademarks and domain names registered earlier on PRIME-TASS.

According to Filimonov, in the coming months of PRIME will undertake production of the main part of economic information which will be used in products of both agencies. It is supposed that the editorial PRIME commands and RIA Novosti which are engaged in preparation of business information now will be united in one editorial collective and are consolidated based on AEI "PRIME". It is in the future going to transfer PRIME to a technology platform of production of news, uniform with RIA Novosti, as much as possible to unify editorial processes and to increase synergy effect of joint work of two agencies.

Since September 22, 2011 more than two tens regional offices of Prime news Agency stopped the existence. Told Marker a source in news agency about it. On Thursday September 22 all regional correspondents received the letter from the Moscow edition without printings by e-mail notifying them on a rupture of labor relations. "Ladies and gentlemen! From now on we were disconnected from the system of RIA Novosti. On it nice regional edition "Prime" stopped the existence" — the message said. The fees promised to send to the correspondents who lost work on October 12-14.

According to the source Marker in the editorial office of news agency, the decision to close regional a corset was made by the management of RIA Novosti. Bureaus in regions decided to abolish as RIA has own network of correspondents in the cities of Russia, now these employees will write also for Prime. "Someone from regional journalists of Prime was transferred to RIA, but these are units. All others are dismissed" — reported a source. It is known that the editor regional a corset Boris Polukhin saved the place in Prime. 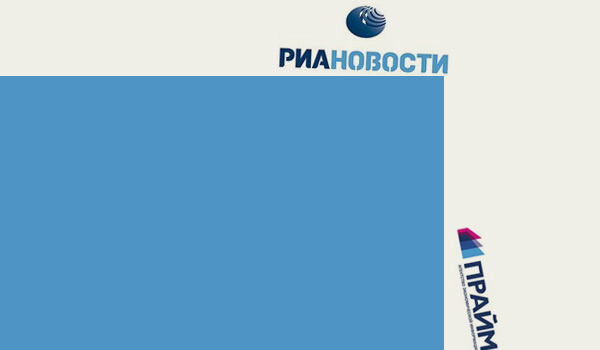 2012: Project closure of BIT of Prime-Tass