Revolut is the British company, the offering service which helps to exchange one currency on another without banking fees, converting means at an average rate at the market. At the time of writing of a note the project supports 23 world currencies.

Significantly the grown losses in Revolut connected with expenses on an exit to foreign markets and start of new products. In 2019 the company started service of the stock trading without the commission to compete with online brokers and also the application in the USA, Singapore and Australia. Besides, Revolut increased staff costs which size in a year increased from 633 up to 2261 persons. 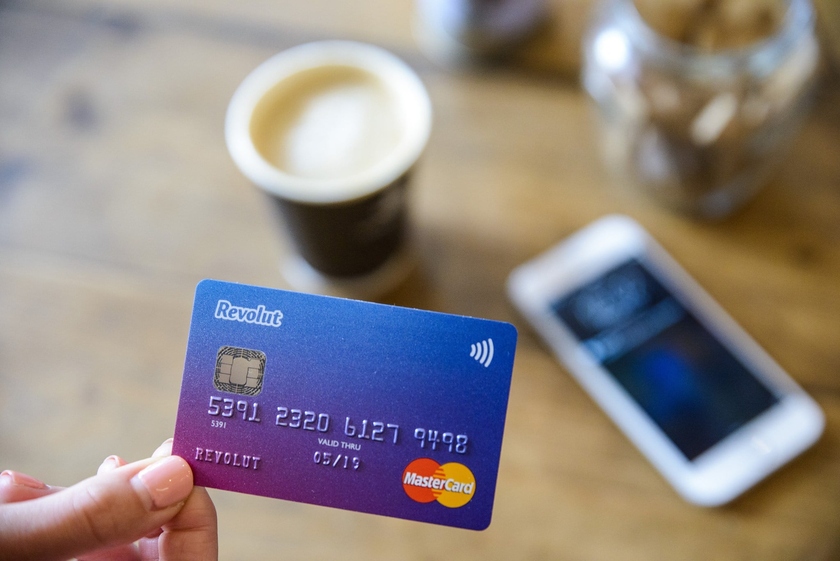 The founder of the company, the native of Russia Nikolay Storonsky said that he "is happy" with last year's progress of the company — despite heavy expenses, dynamics of a stratap did not slow down.

According to CNBC TV channel, by the number of users Revolut bypassed the competitors — TransferWise and Monzo. According to the company, the general audience of Revolut service by the end of 2019 trebled — up to 10 million users from 3.5 million the previous year. The number of active clients in day grew by 231%, and the number of the paying clients — for 139%, emphasized Hundred-Rhone. By August, 2020 the audience of Revolut exceeded 13 million clients.

Revolut stated that it despite a pandemic of a coronavirus of COVID-19 of the loudspeaker of business development of the company did not slow down.

Attraction of $80 million investments and assessment in $5.5 billion

At the end of July, 2020 Revolut announced attraction of $80 million investments. According to the results of a financing round the digital bank created by the native of Russia Nikolay Storonsky was estimated at $5.5 billion.

The American fund TSG Consumer Partners invested in Revolut. According to Hundred-Rhone, Revolut was not engaged in active search of investments, however "TSG made the interesting proposal to work together".

The company will spend the raised funds for development of new features for service in the USA and credit products in Europe. Besides, Revolut will direct a part of money for the management tool a subscription which allows the user to see all the active subscriptions, to cancel them from Revolut and to receive notifications when the period of free trial version comes to an end. 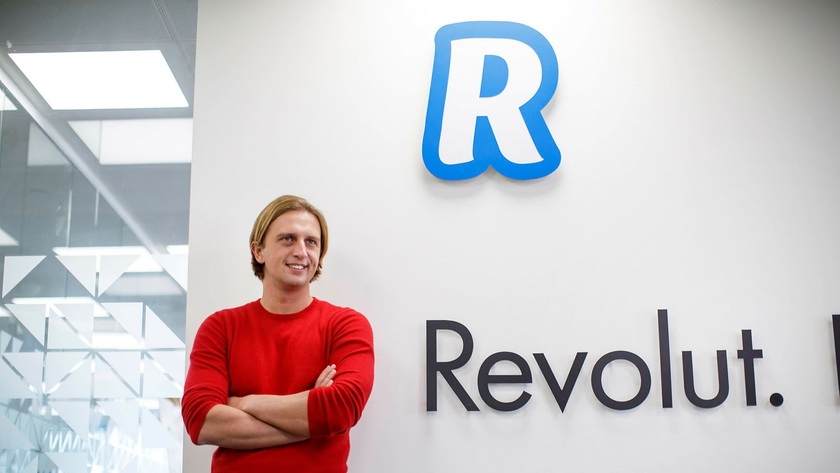 According to Financial Times (FT), new investments will help Revolut to hold positions, despite a pandemic of a coronavirus of COVID-19 and sharp falling of revenue. The number of transactions on cards of Revolut dropped by 45% because of suspension of the international tourism. Advantage of Revolut just in currency conversions from one in another and money transfers between the countries, the newspaper notes.

As Nikolay Storonsky reported the edition, sharp decrease in amount of operations with cards was partly compensated by increase in income from some other services among which — trade in cryptocurrency. With respect thereto the startup still expects to become profitable at the end of 2020.

In the publication FT it is noted that Revolut is accused that rapid growth of the company led to bad customer service and expected violations of the law. But in the startup reject criticism. The company involved several veterans of the financial industry, including the chairman Martin Gilbert to improvement of reputation.[2]

Prohibition on an output of cryptocurrencies in cash

In June, 2020 it became known that Revolut refuses the important counter - cryptocurrencies. It will transfer the ownership to cryptocurrencies to clients, but will not allow to bring them in cash. Now users cannot transfer cryptocurrency to the person which is not the client of Revolut. The cryptocurrency is blocked in service.

Entry into the American market

At the end of March, 2020 the digital bank entered with the Russian roots Revolut on the American market, having started applications in 50 states. The American Metropolitan Commercial Bank which provided the financial infrastructure for deployment of the platform became the partner of the company.

In USA offices Revolut were located in New York and San Francisco, but itself financial that- the platform will be available everywhere on operating systems iOS and Android. Since March 24 users from the USA will be able to create an account in the application and to issue the normal or virtual debit card Revolut. As soon as their personal data are approved, they will obtain new data of an account which can be used for implementation of payments and introduction of salary. Applications were submitted already by several tens of thousands of people.

The digital bank entered with the Russian roots Revolut on the American market, having started applications in 50 states

So far the functionality available to the American users of Revolut is limited in comparison with Europeans. Expansion of options, including a possibility of acquisition of cryptocurrencies and investments into the stock market is in the future allowed. However the American users can already get paid for two days ahead if they share bank details of Revolut with the employer. The low commission when translating from one currency in another became one more of available advantages of the application. Clients from the USA will also receive notifications on expenses and offers on the help in budget making.

Thanks to the financial technical-platform clients from the USA will be able to spend and transfer money at an interbank exchange rate worldwide. Users can also remove cash in more than 55,000 ATMs in the USA and worldwide without the commissions from the premium account of Revolut or with the set commission when using a standard account of Revolut.[3]

Revolut is the most expensive British financial technical-startup

At the end of February, 2020 the digital bank Revolut became the most expensive British financial technical-startup. The company was estimated at $5.5 billion according to the results of an investment round.

The Monzo financial technical-company whose market value in 2019 was 2 billion pounds sterling was a former champion. Also in due time service for financing of small business of OakNorth cost 2.2 billion pounds sterling. Analysts from the CB Insights company specializing in market research of the venture funding call Revolut the most expensive European financial technical-startup along with Klarna company.

The digital bank with the Russian roots Revolut became the most expensive British financial technical-startup. Its cost — $5.5 billion

$500 million which were attracted by Revolut in February, 2020 became the biggest for the European financial technical-market. The British authorities welcomed the investment attraction as a vote of confidence to the financial sector against the background of the concerns connected with Brexit.

Taking into account this round the total amount of the funds raised by Revolut reached $836 million. The company intends to use these investments for development of new banking products and expansion of banking activities in Europe.

According to the The Guardian edition, in the press there went information on high routine of the personnel to Revolut which was connected with a non-payment of work and too high tasks which are set by the management. The representative of Revolut in a conversation with Wired said that the company culture "changes also quickly, as well as our business", and the routine of the personnel is less than 3%.[4]

Attraction of $0.5 billion and business valuation in $4.6 billion

On February 14, 2020 it became known of the closed round of financing according to the results of which Revolut attracted about $500 million investments and was estimated at $4.6 billion that nearly three times more than the cost of the company in 2018. 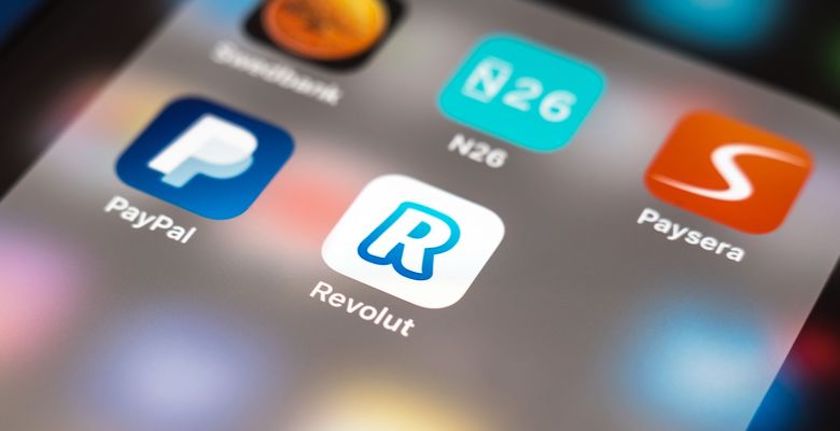 The financial technical-company with the Russian roots Revolut attracted $0.5 billion and was estimated at $6 billion

Revolut also received money from the Bond Capital foundation which is set up by the venture investor of Mary Meeker. One of the existing investors of a financial technical-startup — Ribbit Capital — also took part in a round, follows from data of Pitchbook.

According to The Telegraph, the Revolut company attracted investments through sale of new stocks and also obtained the new credit in the amount of $1 billion. The newspaper writes that the startup is unprofitable, however the operating officer Richard Davies in February, 2020 said that the company can "very quickly" become profitable.

According to sources Forbes, a share of the founder of Revolut Nikolay Storonsky in the company makes 30% on the basis of what the magazine calls the businessman the new dollar billionaire with a status in $1.65 billion.

Forbes   estimated  Storonsky's fortune in $500 million earlier. In the rating of the 200 Bogateyshikh Businessmenov Rossii magazine it was delivered on the 199th place. His father, Nikolay Mironovich Storonsky is the top manager  of Gazprom, since December, 2019 years  holds  a position of the CEO of JSC Gazprom promgaz. Storonsky Jr. rejected charges in connection with the Russian state structures.

Forbes source in the venture market says that Nikolay Storonsky looked for financing at the end of 2019 and as a result received several offers from venture funds.[5]

2019: Entry into the market of Singapore

On October 23, 2019 Revolut announced official entry into the market in Singapore where before the British financial technical-company with the Russian roots (her cofounder is the former Credit Suiss trader in London Nikolay Storonsky) worked in the test mode. During experimental work in the country the startup could attract 30 thousand people who can open the account of Revolut from phone now, receive the card and manage money through the application. 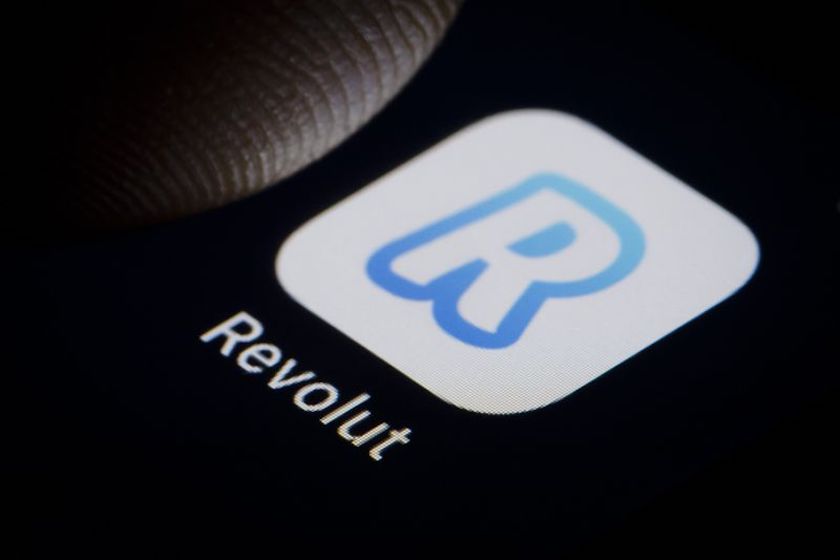 The Singapore users of Revolut can exchange 14 different currencies among which — the Australian, American and Singapore dollars in the application. It is going to add 14 more currencies, including Indian rupees and Malaysian ringgits.

Earlier Revolut selected Singapore as the center of development of the business from the Pacific Rim. By October, 2019 in local office of the company 20 people work. It is going to treble number of staff for several months.

Entry into the Singapore market in Revolut called the international expansion "break for cross-border payments".

Revolut together with MasterCard payment system intend to issue debit cards in the territory of the USA by the end of 2019. Within cooperation of MasterCard will issue about 50% of the existing and future cards of Revolut which will be intended for the European market (there the company has 7 million clients).

The British mobile bank intends to expand the cooperation with payment company Visa and to enter 24 new markets in 2020, including into Ukrainian.[6]