The Rosoboronexport joint-stock company entering into Rostec corporation - the only state intermediary in Russia in export/import of all range of end products, technologies and services of military and dual purpose.
Owners:
Federal Agency for State Property Management (Rosimushchestvo) - 100%
Rostec (state corporation)
300px

Rosoboronexport has the official status of the exclusive state intermediary having the right to supply to the world market all range of the arms permitted to export and the military equipment made by the enterprises of defense industry complex of Russia. The geography of cooperation of the company covers more than 70 countries of the world.

The program of informatization till 2020

For the amount of 19.5 million rubles Rosoboronexport signed the development contract of the IT program about GetNet Consulting. In addition to it also Lanit,IBS and USP Compulink applied for accomplishment of these works.

The first step when developing the program of informatization should become assessment of the existing status of the corporate information system (CIS) of Rosoboronexport - a complex of software, computing, communication and engineering facilities which form technology infrastructure for functioning of business applications and provide to employees of the company all-corporate and applied IT services.

The existing CIS of Rosoboronexport includes 72 applied automated systems and subsystems which provide support of different business divisions of the company, said in the project documentation. Based on CIS functions of corporate management, management of marketing, management of financial and operational productive activity, object management of industrial complex and supply of the company are automated, in particular. 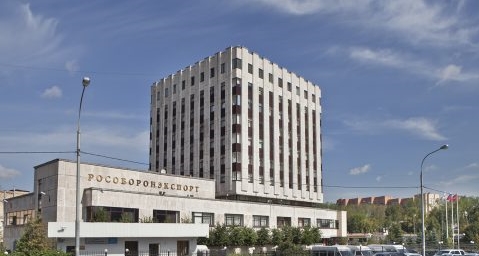 The systems of CIS are based in the geographically distributed DPC consisting of two platforms. The first of them is located in the premises rented at Rostec, and the second - in the territory of Rosoboronexport and carries out a task of failsafe remote data storage.

After assessment of a current status of CIS it is supposed to develop the basic principles of its upgrade which should be issued in the form of the concept of development of IT infrastructure of the company. The concept should consider the principles of unification and reduction of a variety of IT platforms and complexes of engineering facilities (power supply, conditioning, fire extinguishing, etc.) due to formation of set of standard solutions, said in the project documentation.

In the program of informatization of Rosoboronexport the technical policy of the company defining the main vendors of the equipment and software and also approaches to their choice, for unification of the technical solutions applied in CIS will also have to be described.

2017: Cooperation with RT-Inform in cybersecurity

Development of cooperation between RT-Inform and Rosoboronexport concerning design, creations, development and operation of information security systems and information technologies became a main objective of the signed agreement.

At the same time, the parties confirmed intention to expand possibilities of use by Rosoboronexport of resources of the Corporate center of detection, warning and mitigation of consequences of the computer attacks of Russian Technologies State Corporation (KTsOPL) for security of information and critical information infrastructure of Rosoboronekport. The agreement also provides implementation of the local project on upgrade of a system of protection against leaks of confidential information.


2007: Entry into the structure of Rostec

In November, 2007 the State Corporation Rostec which head was Sergey Chemezov was created. Federal State Unitary Enterprise Rosoboronexport, in turn, according to the decree of the Russian President in 2008 was a part of Rostec along with other 436 enterprises which shares were transferred by the state as a property contribution. Actually Rosoboronexport was a part of Rostec in 2009, and on July 1, 2011 was transformed by federal state unitary enterprise to joint stock company which stocks passed corporations.

Rosoboronexport was created in 2000 within reform of a system of military and technical cooperation of the Russian Federation with the foreign states for the purpose of increase in its efficiency. In 2004 Sergey Chemezov then the company began to purchase important industrial assets became the head of Rosoboronexport. In particular, under management of the organization VSMPO-AVISMA and stocks of AVTOVAZ passed a controlling stake of the largest producer of titanium.