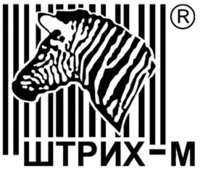 2019: Easy4 and Shtrikh-M will provide spheres of logistics and trade in the eSIM-equipment

Easy4 group and Shtrikh-M company announced in June, 2019 cooperation in release of solutions for motor transport and the cash registers equipped with the module eSIM which profiling will be performed using own platform of remote control by subscriptions. The technology will allow to increase safety of business, to lower costs for formation of big data and to gain independence of a covering of specific provider of communication in this or that point.

On December 20, 2017 SHTRIKH-M Group announced inclusion of a part of fiscal registrars of production of SHTRIKH-M Group in an incorrect operation mode. The possible reason - untimely updating of the version of software. The point-of-sale terminals "Strikhm01f" ceased to work in several Russian regions at once. Messages about failures arrive from Vladivostok, Barnaul, Nizhny Tagil, Kemerovo and other cities. And problems are observed in different outlets — in shops and at gas stations.

In total because of failure of fiscal drives about 9% of the Russian retail suffered. The association of the companies of Internet trade estimates the general loss of profit of shops as a result of failure at 2.5 billion rubles, TASS reports.