JSC Sovcombank Insurance (before Liberti Strakhovaniye) is universal insurance company, is a part of group of the Sovcombank, the third in the amount of assets of private bank of the country. The main directions of business — car insurance, VHI, insurance going abroad, property and others. Strakhovaniye's Sovcombank creates the modern products meeting requests and customer needs. Licenses of the Bank of Russia SETTLEMENT No. 1675, SI No. 1675, OS No. 1675-03, OS No. 1675-04, OS No. 1675-05, PS No. 1675.

2020: Change of the name on "Sovcombank Insurance" 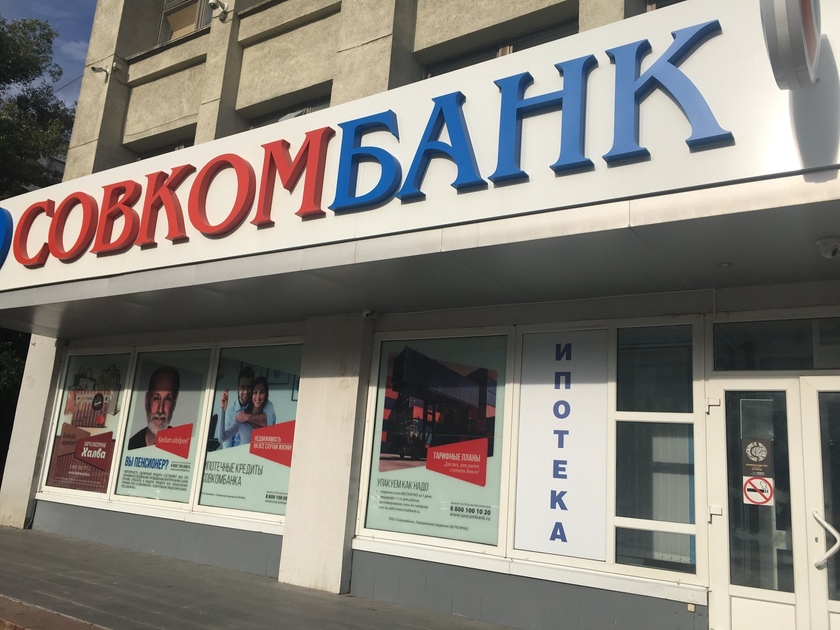 The changed name is connected with entry of the company into group of the Sovcombank, the 3rd in the amount of assets of private bank of the country. In December, 2016 the Sovcombank announced signing of the binding agreement with the property insurer and accidents of Liberty Mutual Group about acquisition of Liberti Strakhovaniye (JSC), the Russian company of the Liberty Mutual group[1]. The transaction was closed in February, 2020 therefore the bank acquired 99.99% of shares of insurance company. In April, 2020 all legal and registration acts connected with change of shareholders and change of the company name came to the end.

The Sovcombank is the Russian private universal bank of federal scale with total assets 1 trillion rubles, the capital of 133 billion rubles and the net profit of 22 billion rubles in 9 months 2019. Enters in top-15 banks of the country. The Sovcombank services 6 million physical and 200 thousand legal entities for April, 2020.

Development of Sovcombank Strakhovaniye insurance company will take place based on the independent legal entity according to the market principles. All obligations under policies and insurance contracts, agency agreements, agreements on cooperation, deposit agreements and also in other forms of agreements and the agreements signed on behalf of Liberti Strakhovaniye (autonomous area) remain in force and continue to be performed in full and on former conditions. Commission of any legal acts, including renewal of documents for confirmation of the available insurance, is not required. At the same time the company confirms readiness of signing of the supplementary agreements with clients and partners introducing necessary amendments in the existing documentation, on demand.


Within rebranding the corporate style of the company changed. Corporate flowers became blue and red by analogy with flowers of group of Sovcombank. The updated website of sovcomins.ru company will be available to users at the beginning of April, 2020.

Cumulative charges of Liberti Strakhovaniye for 2018 grew by 16.1%

Cumulative charges of the company increased by 16.1% in comparison with 2017 – to 4.8 billion rubles. According to insurance contracts 2.3 billion rubles are paid for this period. The unprofitability on all types of insurance was 53.1%. Profit before taxation of 57.8 million rubles.

Liberti Strakhovaniye develops sales channels that gives support to financial results. So, growth of the dealer channel in reporting period was 53.8%, broker 51.3%, and bancassurance of 31.8%. For expansion of an agency channel of sales in June, 2018 the project on development of a partner network in the Moscow branch was started. System work on involvement of new agents, their training and adaptation allowed Liberti Strakhovaniye to increase a client portfolio.

On September 10, 2018 the Liberti Strakhovaniye company announced completion of the procedure of increase in authorized capital. It was implemented by increase in share par value at the expense of the added capital of the company.

According to the results of share placing authorized capital of Liberti Strakhovaniye increased from 480,760,000 rubles to 600,040,000 rubles and everyone consists of 28 million pieces of ordinary shares with a nominal value of 21.43 rubles. The updated volume of authorized capital was registered on September 6, 2018. Corresponding changes were made to the Company charter.


Decision on increase in authorized capital

Extraordinary General shareholder meeting Liberti Strakhovaniye (joint-stock company) made the decision on increase in authorized capital of the company – from 480,760,000 rub to 600,040,000 rub. The question was considered on April 5, 2018. Increase in authorized capital will be performed by increase in share par value at the expense of the added capital of the company. It is the effective method of increase in the capital which is completely corresponding to the interests of shareholders. According to the results of share placing authorized capital of Liberti Strakhovaniye will reach 600.040 million rubles and will consist of 28 million pieces of ordinary shares with a nominal value of 21.43 rub. Approval of the Bank of Russia is issued on April 28, 2018.