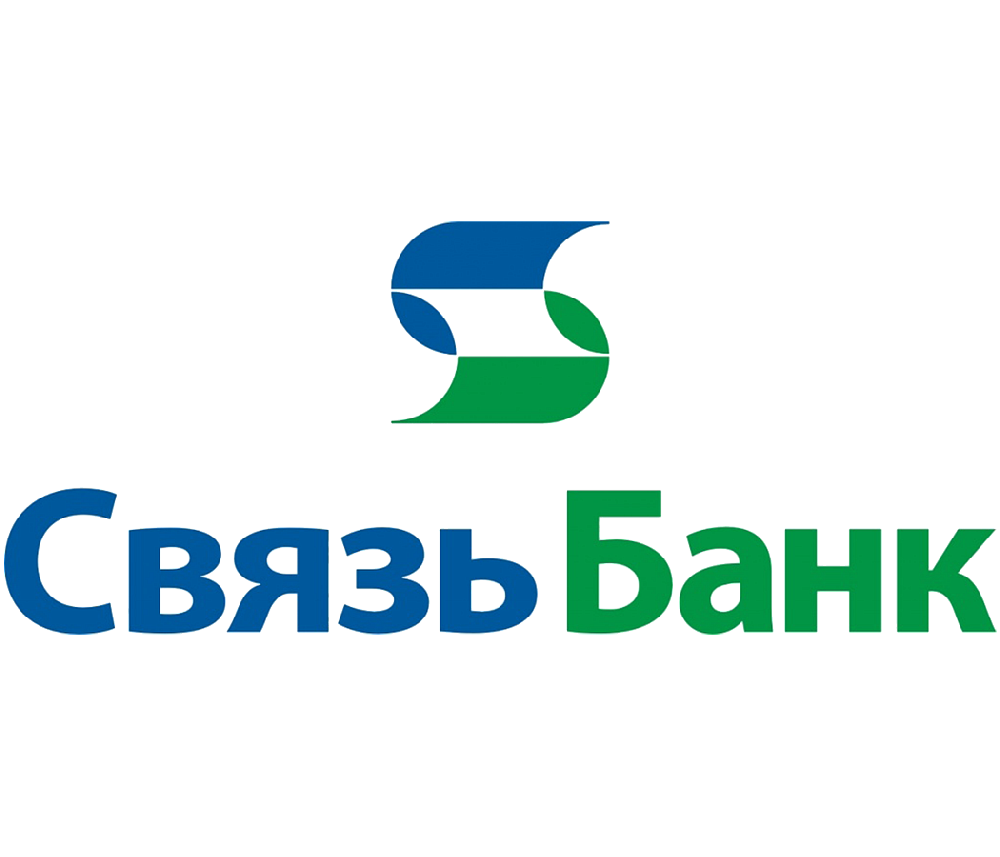 The Sviaz-Bank is a universal credit and financial institute which geography of presence covers 50 territorial subjects of the Russian Federation. The regional network of Bank includes Head office in Moscow, 49 branches, 149 additional and mini-offices, 119 of which are located in departments of a mail service. The bank fruitfully cooperates with the enterprises of large, medium and small business performing the activity in all segments of the Russian economy, effectively interacts with the organizations of the communications industry, including FGUP Russian Post, the power industry and also actively develops services for individuals.

The Sviaz-Bank is a shareholder "Joint-Stock Commercial Innovation Bank Pochtobank Ltd (Perm). The core shareholder of the Sviaz-Bank – the "Development Bank and Foreign Economic Activity (Vnesheconombank)" State corporation which possesses 99.4666% of bank shares.

At the end of 2019 Moscow industrial bank, sanified through Fund of consolidation of the banking sector, became one of loss leaders (17 billion rubles) among Russian banks passing through the procedure of sanitation. In more detail here.

The Sviaz-Bank replaced the owner

Rosimushchestvo became the main owner of the Sviaz-Bank, Kommersant reports in October, referring to the source close to bank. Promsvyazbank will have to issue additional stocks with which will pay for the Sviaz-Bank. Then accession process will be started.

At the end of September VEB owning 99.98% of stocks of the Sviaz-Bank disappeared from the list of its affiliates. "ВЭБ.РФ" is not a shareholder of the Sviaz-Bank any more" — confirmed to the edition in state corporation.

On the website of the Sviaz-Bank the page with the list of persons under which control there is a bank, and appropriate section from "Disclosure of information" disappeared.

Between Promsvyazbank and Rosimushchestvo there are negotiations according to the results of which the bank will define the number of actions for exchange for actions of the Sviaz-Bank, the interlocutor of Kommersant told. The decision concerning a brand of the Sviaz-Bank is not made yet.

In 2019. The arbitration court brought to the administrative responsibility Sviaz-Bank which charged from clients the fee to 10% for "early" money withdrawal from a deposit. The bank explained the commission with anti-money laundering.

As it appears from case papers, on July 4, 2018 the investor of Sviaz-Bank deposited 34 million rubles to the account, and on July 9 closed a deposit. As the commission the bank held from it about 3.4 million rubles.

The investor complained of bank in Rospotrebnadzor, and the supervisory authority brought the Sviaz-Bank to the administrative responsibility for inclusion in the agreement of the conditions infringing the consumer's rights. Bankers tried to dispute the decision of Rospotrebnadzor, but lost.

Discussion of accession of the Sviaz-Bank to Promsvyazbank

Promsvyazbank (PSB) can take the integrated Sviaz-Bank which belongs to VEB on balance. Such offer came from state corporation to the Ministry of Finance and the Central Bank of the Russian Federation, the head of VEB [1] said in December [2].

Earlier long-term attempts to sell wholesale and retail subsidiary banks did not bring result. Experts note that in order that the transaction took place, VEB should solve a problem of the non-term subordinated loan which to it was provided to the Central Bank on improvement of problem banks.

The fate of the problem "subsidiaries" of VEB integrated under the license of the Sviaz-Bank — Globex bank and Communication of bank — purchased new perspective. On Wednesday, according to the Interfax agency, the head of state corporation Igor Shuvalov announced possible transfer of this asset on balance of the state Promsvyazbank. VEB made such proposal to the Ministry of Finance and the Central Bank.

In November, 2018 PJSC JSB Svyaz-bank completed process of reorganization in the form of accession of JSC Globex Bank and became his legal successor by all rights and duties", says bank.

Branches of Globex Bank were included into network of the Sviaz-Bank and continue to work to the same addresses, the report says. Thus, now the Sviaz-Bank services clients in 64 cities of Russia.


Before 98.94% of bank shares belonged to the "Development Bank and Foreign Economic Activity (Vnesheconombank)" state corporation.

The head of VEB Sergey Gorkov said that consolidation based on the Sviaz-Bank is going to be completed in 2018, and to sell it — no later than 2020.

Start of accession of Globex Bank to the Sviaz-Bank

In August, 2018 Vnesheconombank started the procedure of accession of Globex bank to the Sviaz-Bank: the stocks of Globex owned by VEB will be converted into actions of the Sviaz-Bank, says state corporation.

Earlier the prime minister of the Russian Federation Dmitry Medvedev said that the supervisory board of VEB will consider specific parameters of an exit from group of VEB of subsidiary banks – Globex and the Sviaz-Bank.

"Taking into account earlier made decisions the termination of participation of Vnesheconombank in authorized capital of JSC Globex Bank by converting of the stocks of JSC Globex Bank owned by VEB in the stock of PJSC JSB Svyaz-bank was approved — noted in VEB. Reorganization of subsidiary banks is performed in the form of accession of Globex Bank to Svyaz-bank, it is specified in the press release.

The plan of consolidation of Globex Bank with Sviaz-Bank

In March, 2018 Vnesheconombank (VEB) refused the idea to sell child Globex and the Sviaz-Bank after their consolidation — even the united bank will not attract interest in the market because of the large volume of troubled and non-core assets, the Kommersant newspaper with reference to sources wrote.

The board of VEB approved merge of "daughters" — Globex and the Sviaz-Bank — and took out this question on the nearest supervisory board. After a number of unsuccessful attempts to sell these banks of VEB decided to refuse their output from under the control, told the newspaper the sources close to state corporation, and in the financial and economic block of the government.

"Changes will be made to the strategy of VEB: banks will be until the end of the year joint on the license of the Sviaz-Bank and are transferred to category "preserving in group", - reported one of sources.

Sell banks on one also it did not turn out though applicants were. Among those who were interested in purchase of banks — NPF Blagosostoyaniye structures of Rosneft, Alfa-Bank, UK "Leader" (manages pension reserves of Gazfond), the co-owner of Vostochny bank Artem Avetisyan and Kazkommertsbank. The most serious interest, according to newspaper sources, was shown by structures of Rosneft and Avetisyan. The transaction with Avetisyan who was going to buy banks through East for 33 billion rubles in the summer of 2017 was even approved by credit committee of VEB. However the temporary administration was soon entered into Yugra bank which lost the license later, and Globex issued to the companies of its owner Alexey Hotin the credits of 20 billion rubles.

At the same time against the background of constantly exaggerated information on sale of banks for 2016-2017 assets of Globex decreased by 2.5 time, and the Sviaz-Bank — by 27%. According to sources of the newspaper, the Central Bank at the end of 2017 estimated the volume of troubled assets in Globex at 64.4 billion rubles that makes nearly a half of all assets of bank if to proceed from the reporting under the Russian standards.

The press service of VEB nevertheless insists that continue to look for sales opportunities of subsidiary banks as "management of commercial banks is not strategic direction of work" state corporations, and call consolidation only "possible". According to the source close to state corporation, it is planned that the united bank will service among other things financial flows and projects of VEB.

The head of VEB of that time Sergey Gorkov said that consolidation based on the Sviaz-Bank is going to be completed in 2018, and to sell — no later than 2020.

Among massive faults of merge there is a debt of VEB to the Central Bank which arose because Globex and the Sviaz-Bank was at state corporation on sanitation. According to edition sources, a year ago at a meeting in the Central Bank the agreement on converting of these means in the non-term soft subordinated loan was reached, but at a sales term of these banks in the market. Whether will agree the regulator to converting according to the new scheme, so far it is unknown.

2008: VEB receives from the Central Bank 200 billion rubles on rescue of Globex and the Sviaz-Bank

VEB had "to rescue" Globex and the Sviaz-Bank in crisis of 2008. The state corporation then received from the Central Bank over 200 billion rubles on their financial improvement. The authorities of the Russian Federation at the beginning of 2015 recognized these assets non-core for VEB[3].