SwiftKey — the developer of the application of the same name starting in smartphones and tablets the advanced virtual keyboard instead of regular founded in 2008. The solution, using algorithms of artificial intelligence, is able to predict words in process of text typing for acceleration of this process. By the beginning of February, 2016 the program is available to platforms iOS and Android.

On February 3, 2016 Microsoft announced SwiftKey acquisition, but did not set the transaction price. According to several authoritative western editions, it is about $250 million.

It is expected that Microsoft will transfer developments of SwiftKey to own Word Flow keyboard available to Windows Phone and also allowing to enter the text, without tearing off fingers from the screen.[1]

The founder exchanged a share in the company for the bicycle

On February 4, 2016 it became known that one of founders of a startup of SwiftKey sold to Microsoft for a quarter of one billion dollars sold the share for nothing.

According to the publication The Times, Chris Chris Hill-Scott who founded SwiftKey together with the university friends Jon Reynolds and Ben Medlock left the company two months later after its creation and got a job the photographer. Not happy with lack of stable income and in large volume of work, Hill-Scott gave a share to the friends in exchange for the bicycle. 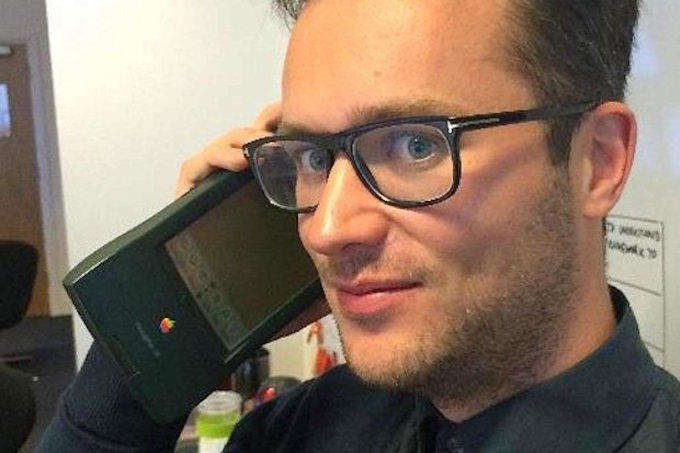 The founder of SwiftKey Chris Hill-Scott sold the share in the company for nothing, and could earn $36 million

If he did not make it then, then could earn about $36 million from the transaction with Microsoft, observers of the newspaper counted. Working by February, 2016 in the British Government digital service (Government Digital Service; is responsible for projects of the electronic government of Great Britain) where Chris Hill-Scott is engaged in creation of websites for state agencies, he earns about $80 thousand a year.

The cofounder of SwiftKey did not begin to hide the disappointment, having written on the Twitter blog that he "made the biggest mistake in the life".[2] the Representative of SwiftKey noted to the edition that Hill-Scott left the company, having saved good relations with Reynolds and Medlok.[3]