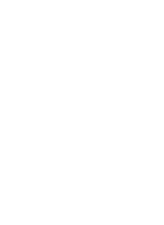 The Russian VRCoin project is aimed at development of the international network of game parks using technologies of virtual reality and blockchain.

The Russian VRCoin project develops own platform representing a combination of games with complete immersion in virtual reality, streaming platform with broadcasting in TV OTT//VR-formats and service of digital distribution of entertainment programs to VR with elements social network and an internal marketplace.

One of the priorities the VRCoin command sees creation not just of a game series with different genres, and the service allowing players to integrate in commands, to exchange and trade in game resources and objects, to participate in competitions and to receive awards for game achievements.

The Russian VRCoin project in September, 2017 announced start of ICO (Initial coin offering) for the purpose of development of the international network of game parks using own technologies of virtual reality.

Within ICO it is going to produce 100 million tokens of VRCoin. 500 VRCoin will cost 1ETH.

Since December, 2018 holders of tokens will be able to purchase playing time, at the same time session cost at payment in tokens of VRCoin will allow a discount to 50%. Holders of VRCoin will get access to bonus missions and the right to early access to new game settings.

Also the token of VRCoin will grant the right to a discount the person interested to purchase a franchize. The owners of tokens who integrated in groups can acquire the right to acquisition of a master franchize or to adding of the representative in Board of Directors of the company, on condition of existence of enough tokens. In turn, owners of business will have an opportunity to pay services in creation of personal VR stimulators and the training products using VR.